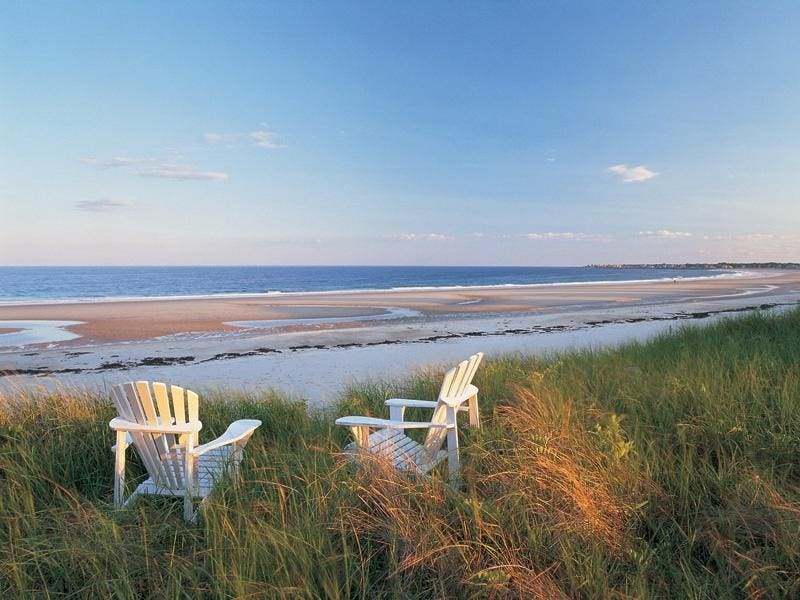 Maine has seen a huge increase in visitors during the pandemic, as more and more people discover the considerable charms of its legendary rocky coastline, fishing villages and foodie scene. As visitors increase, so does the demand for small hotels that have a distinctive Maine flavor. I recently wrote about Salt Cottages at Forbes, which is slated to open in Bar Harbor this summer. Here are three more properties opening soon, all currently taking reservations.

Set in a former textile factory, the Lincoln Hotel offers 33 stylish rooms in the heart of renaissance Biddeford, a once thriving industrial town that has been transformed in recent years and is close to some of the best beaches in the south of Maine. The hotel is aimed at visitors who want to explore Biddeford’s food and culture scene, art galleries and artisan shops, many of which are located in former mills. A branch of Batson Brewing and Distilling will open in the same building as the Lincoln Hotel this spring, and the rooftop pool and bar will open in the summer of 2022. The hotel also features a state-of-the-art fitness center. The rooms have notably high ceilings and a loft feel. Restored brick walls and tall windows are matched by warm, understated furnishings. Developer and hotelier Tim Harrington, owner of the soon-to-open Salt Cottages in Bar Harbor and The Claremont, a resurgent hotel that opened last year in Southwest Harbor, is also behind the project. If you’ve never heard of Biddeford, you’ll be hearing a lot more about it soon. The city has just been named one of the “Top 11 Up-and-coming Culinary Destinations to Visit Now” by Food & Wine magazine.

A 30-room hotel in a former captain’s house dating back to 1810, The Federal opened in Brunswick. This small town is about halfway between Portland and Boothbay Harbor, and is the unofficial gateway to Mid Coast Maine. The house was originally built for Captain Daniel Stone, a naval captain-turned-businessman in Brunswick, and his daughter, prominent businesswoman Narcissa Stone. It later became a hotel called The Daniel, then The Captain Daniel Stone Inn. The Federal is located in the heart of downtown Brunswick, close to Bowdoin College, and was developed by New England-based Principal Hospitality Group. Portland-based Annie K. Designs is behind the design of the hotel and restaurant. The hotel has a two-level mezzanine lobby, and the 30 rooms are split between the East Wing building and the Federal House, which was Captain Stone’s original residence. Some rooms have views of the Androscoggin River. Amenities at this pet-friendly hotel include free morning coffee, high-speed Wi-Fi, a yoga room, and seasonal bicycles. The market will offer take-out drinks and snacks.

Visiting Acadia National Park this summer? The newest accommodation in town of Bar Harbor is Queen Anne’s Revenge Inn & Suites. Developers say the hotel is a tribute to the great “Tall Ships” that sailed in the 17th and 18th centuries, naming the Queen Anne’s Revenge hotel after the legendary ship of Captain Edward Teach, aka Blackbeard the Pirate. Throughout the property there are nautical touches in the design. Located in downtown Bar Harbor, the property was created from five separate summer cottages. Each room is different in terms of size, furniture and layout. The property includes a complimentary light continental breakfast. The hotel is part of Henry Hotels, which also operates the Acadia Hotel and the Ivy Manor Inn. Queen Anne’s Revenge opens for the season in June 2022.