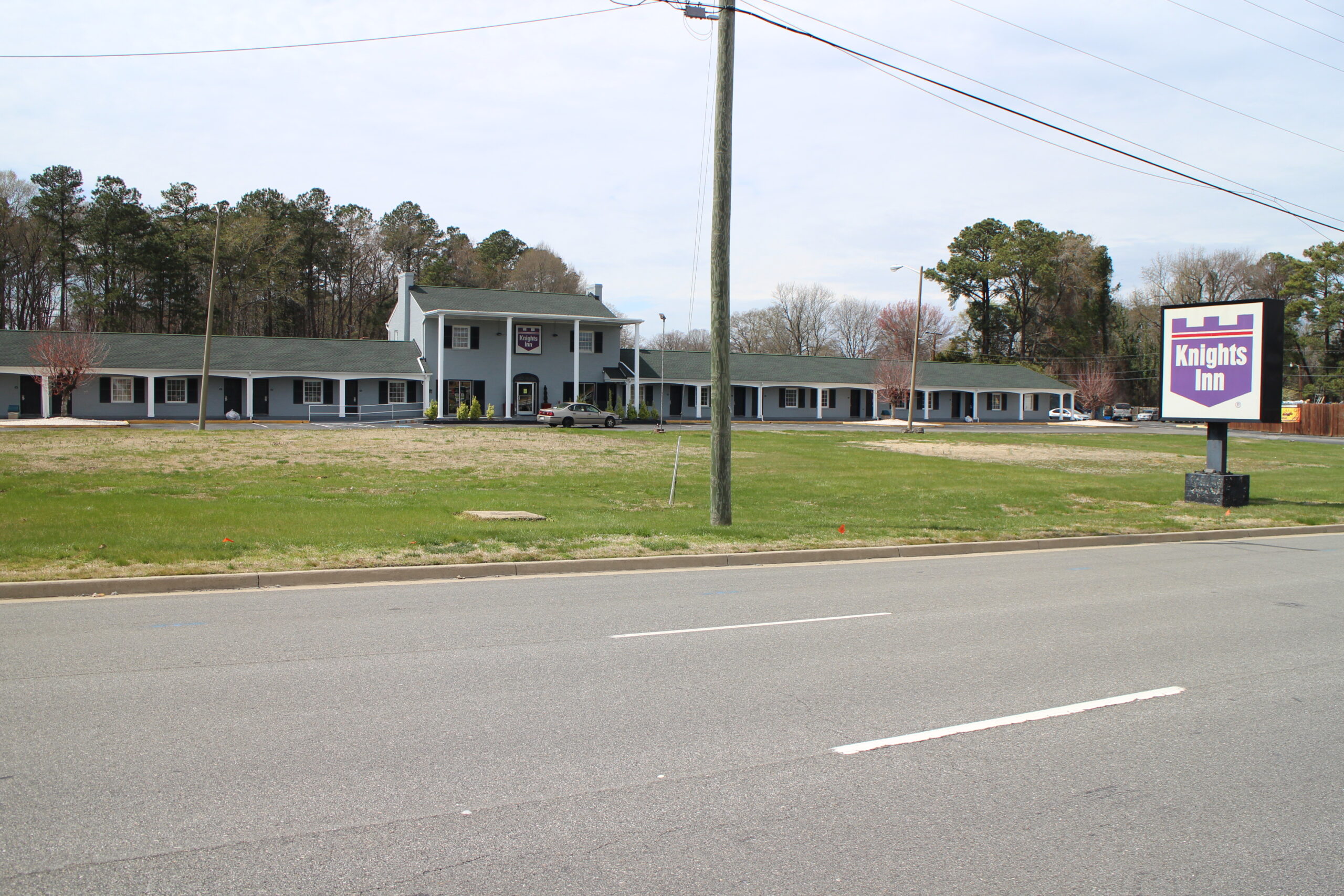 As hundreds of homes begin to rise across the street, a 1950s motel site along Brook Road is being positioned to add a few hundred more.

Documents filed with Henrico County show plans to replace the Knights Inn motel at 9002 Brook Road with more than 300 apartments and townhouses, as well as commercial space overlooking Brook.

The development, from Vienna-based Middleburg Communities, would occupy the motel property of 7.5 acres and eight adjoining parcels totaling over 13 acres.

Plans call for five four-story buildings that would house up to 274 apartments on the motel site and an adjoining parcel to the south. Thirty-nine townhouses would fill the rest of the site, consisting of six lots on the north side of the motel.

Apartments and townhouses would be separated by a stormwater management device but connected by an internal road.

Three of the apartment buildings would enclose a central courtyard with a clubhouse, while one building would face Brook. Adjacent to this building would be commercial space, totaling 7,500 square feet.

One of Brook’s two entrances would be aligned with the extension of Magellan Parkway through Brook and feature street trees and parallel parking spaces. A third access for townhouses would be on Norfolk Street.

The Magellan Parkway extension is part of ReTreat at One, Stanley Martin Homes’ 600-home development that is taking shape across Brook from the motel site. 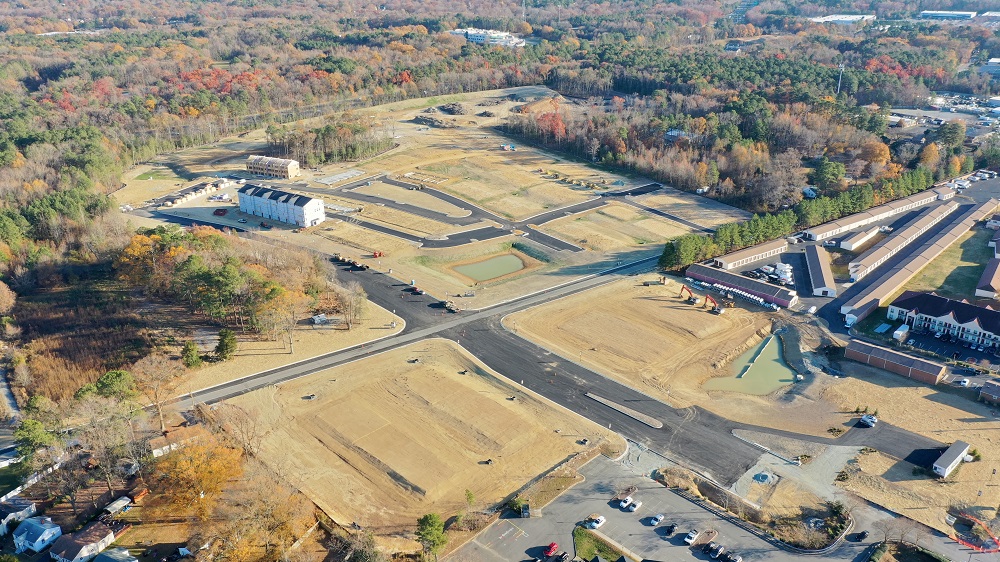 Site work for ReTreat at One cleared land along Telegraph Road and adjacent to I-95. (BizSense File)

The plans do not specify the sizes or rent ranges of the apartments. It’s also unclear whether the townhouses would be for buy or rent.

According to the staff report, the site could connect to the future Fall Line trail to be routed west, and a planned multi-use trail along Magellan through Brook.

The project would require rezoning and interim use permit approvals, which the Henrico Planning Commission is due to consider at its April 14 meeting. Middleburg is working with local attorney Andy Condlin of Roth Jackson Gibbons Condlin on the claims.

Condlin deferred comments on the draft to a Middleburg executive, who could not be reached Monday. A Middleburg spokeswoman said the company could not comment at this time.

An elevation of the planned residential complex that would replace the motel. (Henrico County Document)

Founded in 2004, Middleburg has acquired or built more than 20,000 apartments in markets primarily in the southeast, according to its website. It also owns properties in Nebraska, Texas and Utah.

The Knights Inn project is one of three that Middleburg has underway in the Richmond area. In December, the company received approval in Chesterfield County for the Hamlet of Watkins Center, a planned 283-home development on a 69-acre site at 631 and 701 Watkins Center Parkway. It also plans Hamlet at Falling Creek, a rental community at 12600 Genito Road, according to its website.

The Knights Inn project would replace the motel and two homes that would be razed. The development would not involve the Arthur’s Electric Service and Better Menswear buildings overlooking Brook to the south of the motel.

Built in 1952, the 25,000-square-foot motel is owned by AADI Investments LLC, which purchased the 7.5-acre property in 2013 for $2 million, property records show. The other plots belong to different owners. The nine parcels that make up the development site are collectively valued at $1.8 million.

Design Resource Group, based in Charlotte, North Carolina, is the project engineer, according to the plans. SGA based in South Carolina | NW Design is the architect of townhouses.