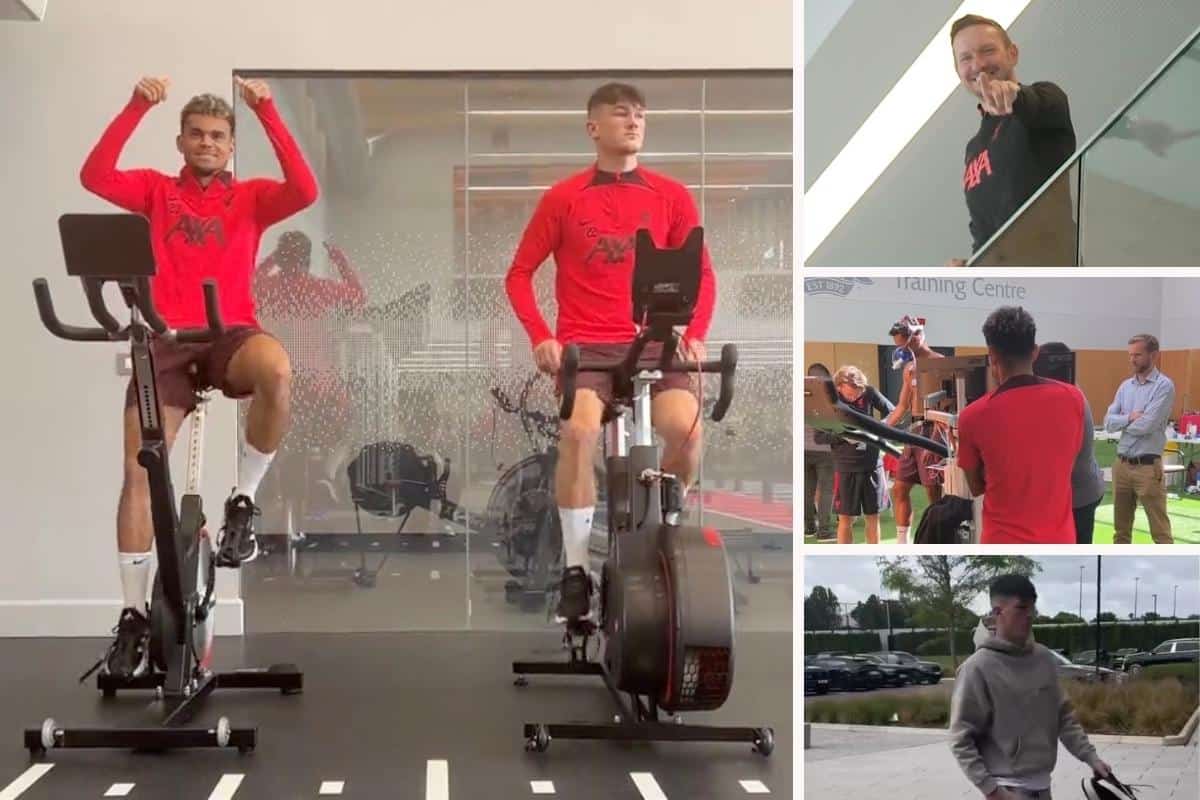 The Reds are back! For the start of pre-season, that is, and it was a day full of testing after their well-deserved summer break.

The return of Jurgen Klopp’s side to the AXA academy sees the new season draw closer and closer, with the focus now on what’s to come in the coming weeks.

A total of 19 senior players returned 37 days after the last competitive outing and 33 days before the next, at Fulham in their Premier League opener.

The dull English weather greeted the players as they arrived, which is so typical, but there was energy and smiles galore when the players and staff were together.

Here are seven things we spotted on day one of pre-season!

There’s a reason Klopp said Pep Lijnders ‘is a real energizer’ and we saw that early on as the assistant manager started his day bellowing from the top tier of the academy to those below.

“Back to business,” were the words spoken with assurance and a big smile. Borrowing the director’s words… “this man is on fire!”

It was a big day for Calvin Ramsay and Fabio Carvalho as they met some of their teammates for the first time and launched their Liverpool careers.

We saw our new No. 28 receive a warm welcome from Fitness and Conditioning Manager Andreas Kornmayer and physio Chris Morgan, while Ramsay was neck and neck with Luis Diaz on the fitness bikes – not a bad way to start!

Luke Chambers, fresh from his Under-19 Euro triumph with England, was back in the fold as he underwent tests, despite only playing competitively for the last time than Friday.

The young defender was named by Lijnders in January as a player Liverpool were hoping to get an eye on in pre-season and he may well get his wish!

One of the few new kids in the neighborhood on the first day!

And speaking of Diaz, it’s a new look for No. 23 thanks to some new trim over the summer, but the energy was all the same from the Colombian.

Buzzing around the gym, Diaz looks set to embark on his first pre-season with the club, and it’s a scary thought considering what he was capable of having been thrown straight into the squad during the season. winter !

Gordon in the mix

Last season was a memorable one for Gordon, who used pre-season as a springboard to four senior appearances and a first goal for the club.

Injuries have cut his year short but he is due back this summer and there will be plenty of excitement for what he could conjure up but no added pressure as he is still only 17.

With 19 senior players making their return on day one and testing to be completed, they were split into groups.

Meanwhile, Ben Davies, Nat Phillips, Gordon, Chambers, Caoimhin Kelleher and Adrian were among another as players filtered through the day.

And lots of tests! 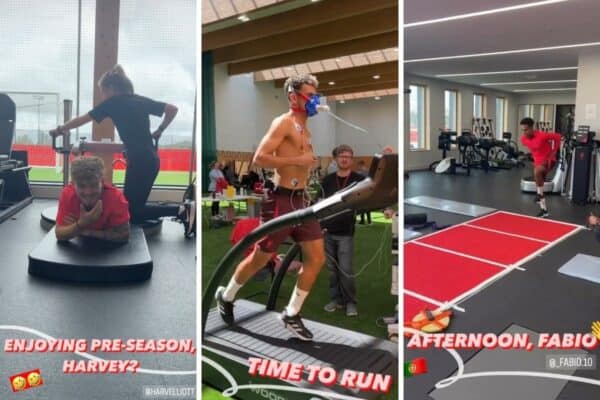 The lactate test was not on the cards on Monday, but there were plenty of alternatives for players as their baseline measurements were taken after their break.

From vertical height tests to aerobic performance, players got acquainted with the sensors and all the physical tests – and it certainly made Oxlade-Chamberlain, among others, sweat!

Some of the work we’re not particularly jealous of…