A Marine is Guinness world champion in burpees per minute 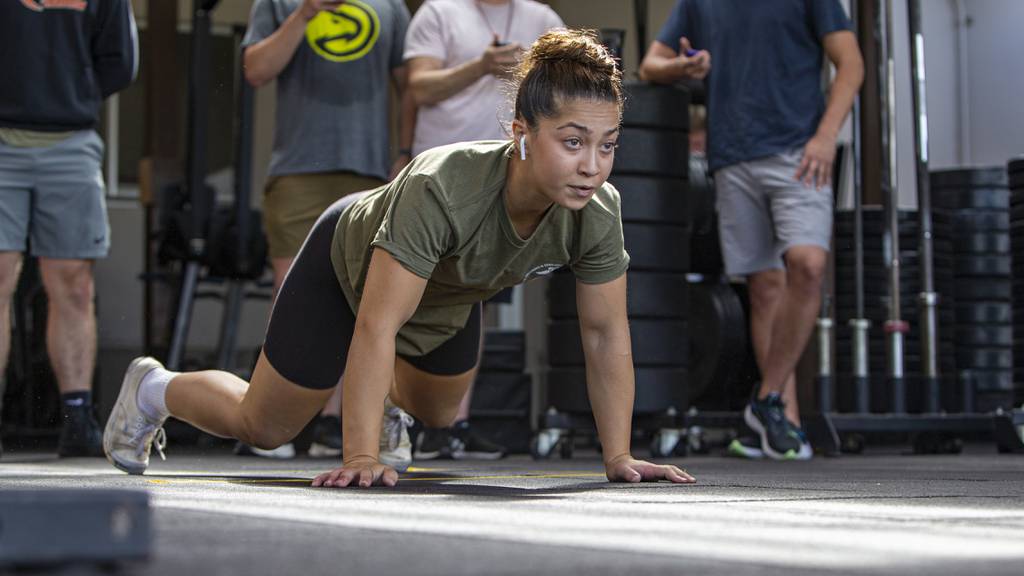 Marines have a reputation for being “the first to fight”. But a Marine earned another, lesser-known accolade: the first woman to perform 27 chest-to-floor burpees in one minute.

Due to coronavirus restrictions, a Guinness judge was unable to attend to verify the Marine’s burpees in person. This meant Beard had to register and submit a video of his achievement. Base command turned out to be watching and even brought friends and family, Beard said in a DVIDS story.

Spectators were not disappointed: Beard broke the record for two burpees, performing an average of one burpee every 2.2 seconds. And she did it more than once.

“I ended up trying five times on the same day because I wasn’t sure if I did,” Beard said in the statement.

The Marine noted that she became interested in fitness after suffering a back injury during her second year in the military, one that left her in recovery for nine months.

“When I felt like I was back to 100%, I really started to get in shape to avoid re-injury,” Beard said.

Beard’s dedication to fitness coincided with a focus on mobility and stretching, according to the DVIDS story. She also volunteered to invigilate the physical fitness test and was eventually certified to conduct PFTs and combat fitness tests.

“I did high intensity tactical training for a very long time and competed in the HITT competition they had on base,” Beard said in the DVIDS story. “It was really fun. It built my stamina to the point where I could do a lot of burpees, and that’s when I looked at the world record out of curiosity.

Beard trained for three months specifically for the Guinness World Record in burpees, a grueling exercise that involves squatting with your hands on the floor, jumping into a plank position, bouncing on your feet and then jumping. Once.

Developped by American physiologist Royal Huddleston Burpee in the 1930s, exercise is considered a staple of high-intensity training because of how effectively it fatigues the whole body.

As if regular burpees weren’t hard enough, a chest-to-floor burpee adds yet another step: lowering the chest to the floor while in the plank, similar to a push-up. This is the burpee variety Beard did to earn his Guinness World Record.

Rigorous Guinness World Records standards also required Beard to spread his arms out to the side while his chest was on the floor, according to DVIDS.

But completing the burpees wasn’t enough to earn Beard a record. She also had to prove it.

“[Guinness] kept emailing me asking for more evidence to help verify it further,” she said in the DVIDS story. “When they gave me their last email, my heart sank a bit when I saw the word ‘congratulations’.”

Guinness World Records did not respond at press time to a question from the Marine Corps Times about when it officially acknowledged Beard’s record. The previous record of 25 chest-to-floor burpees in one minute, meanwhile, was set on June 1, 2019 by Louise Robertson of Hobart, Tasmania, Australia, according to Guinness representative Kylie Galloway.

Beard hasn’t ruled out wrestling for more Guinness World Records, but she said in the DVIDS story that, for now, her focus is more on powerlifting. She is also preparing a bachelor’s degree in nutrition.

Observation Post is the Military Times’ one-stop-shop for everything off-duty. Stories may reflect the author’s observations.

Irene Loewenson is a reporter for the Marine Corps Times. She joined Military Times as an editor in August 2022. She is a graduate of Williams College, where she was the student newspaper’s editor.