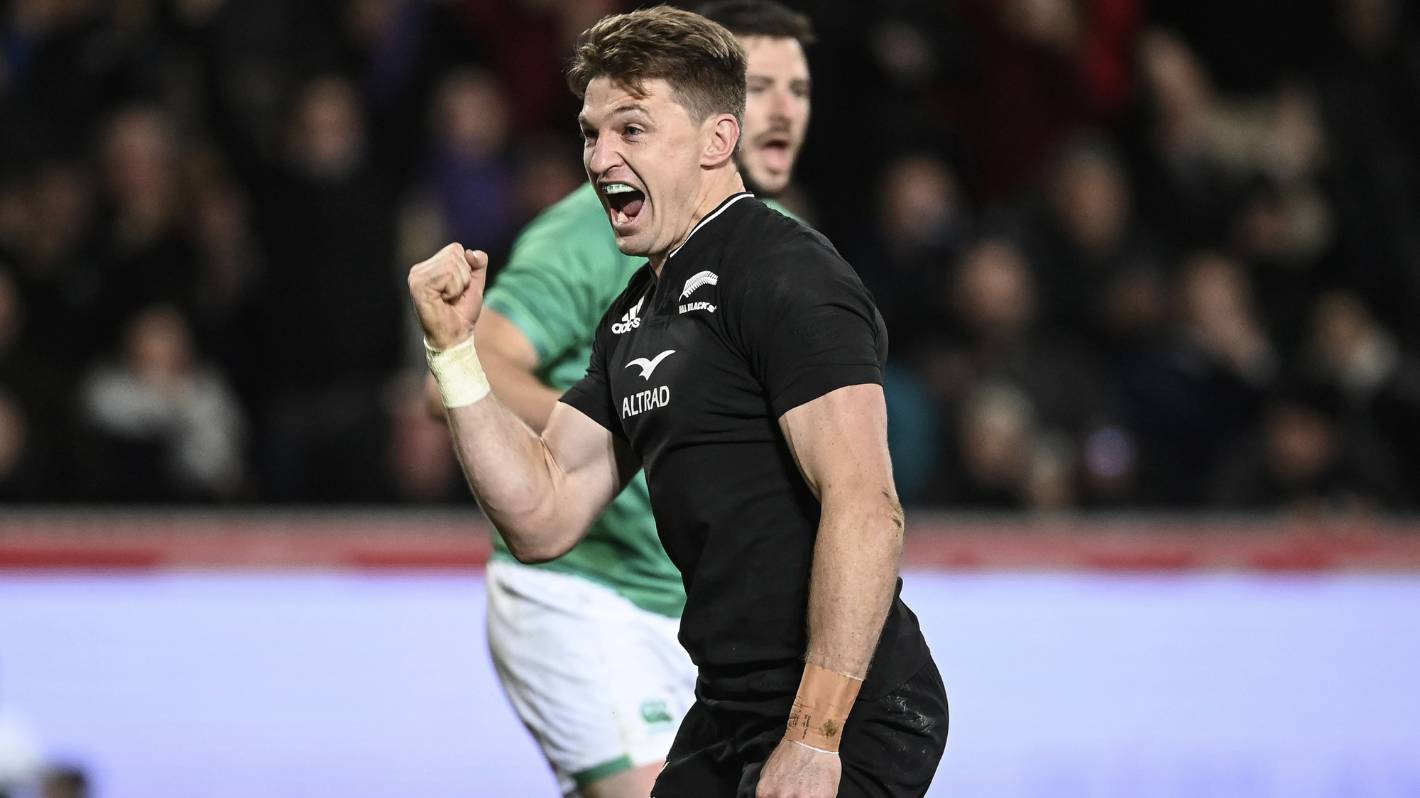 Beauden Barrett has declared himself “almost ready to go” for the All Blacks’ test against Argentina in Hamilton on Saturday night.

After missing out on defeat to Los Pumas in Christchurch after picking up a neck injury in training last week, Barrett told reporters on Tuesday he was in good shape to make a return to the side.

“I’m feeling really good, the sun is out, a great day in Hamilton and it’s nice to have a full practice under my belt as well,” he said.

“I realized I had to have a neck like a front rower to be able to handle those strokes,” he joked, “so I worked hard on it in the gym with Pete [All Blacks physio Pete Gallagher].

Having also suffered a bad landing on the head in the loss to the Springboks at Mbombela earlier this month, Barrett acknowledged it could have impacted his recovery this time around.

“I guess it all adds up,” he said. “It’s another blow, and you’re trying to deal with everything in isolation. Maybe it had a cumulative effect, but I’m feeling pretty good this week, just working on it every day, rehabbing, getting stronger.

With the All Blacks reeling from another unwanted piece of history in a first-ever home loss to Argentina, Barrett said the mood was mixed as they headed into their game return of the rugby championship at FMG Stadium Waikato.

“As we feel after each review, a bit frustrated, but we leave with a clear idea of ​​what to work on and how we are going to improve as players.

“So there’s been good tension around camp, but a lot of determination and things we’re looking forward to working on.”

Asked what ‘good tension’ looked like, the 106 Test veteran said players were responsible for the standards they knew and ‘don’t walk past anything that we wouldn’t accept’.

But he also noted the importance of them “being good buggers too.”

“We have to find the right balance, having fun and lots of stimulation and things like that. We know what the performance triangle looks like, when it’s time to work we need to be ready to go, and when it’s time to disconnect it’s so important, especially right now.

It’s not the only area where the All Blacks are trying to strike the right balance, with coach Ian Foster expressing concern after the game about their attacking play needing to strike a better balance between running, passing and kicking of foot.

Barrett said Foster and newly installed offense coach Joe Schmidt were still finding their bearings in how they were going to handle things, and while he described the teams Schmidt had previously coached as “like robots” in being so effective at holding the ball back, there’s also something of an established DNA that shouldn’t be messed with.

“That’s what other teams do very well, especially South Africa, play a low-risk game plan and then put the ball in the air and look to feed off of those kinds of mistakes” , did he declare.

“We don’t want to be like the other teams.

“We must always be the expressive All Blacks that we know we can be.

“When the pressure is on, we want to run the ball, keep it in hand, that’s just what feels so natural to us.

“We’ve identified that in the games we’ve lost we might have to hit the ball a little bit more, it doesn’t feel natural, but it’s just being aware of that. And looking to attack in different ways – all the world standing, chasing the kicks, getting those 50-50 rebounds or flooding the rucks and looking for turnovers that way.

“We are figuring out how we want to play.”

But when do they give it away before they need to see the fruits of that labor, how quickly does that have to happen?