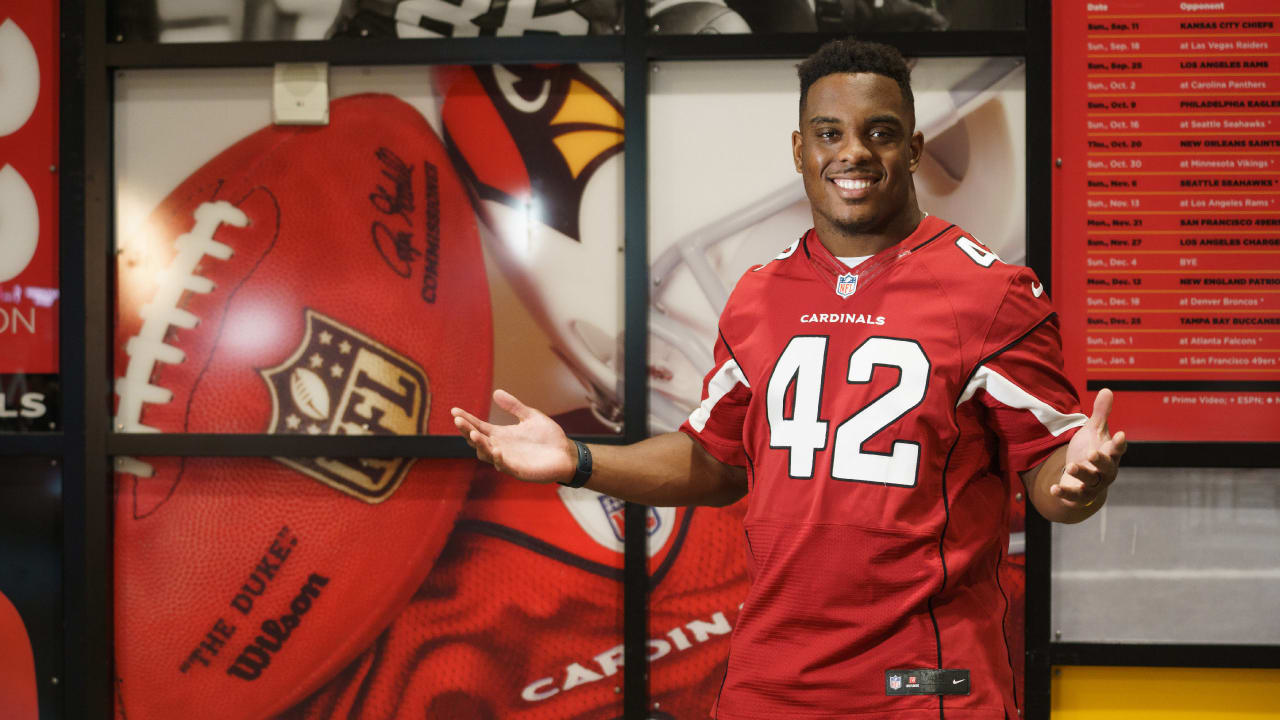 Flanked by several cameras, Devon Kennard stood in his red jersey near the team store in the lobby of State Farm Stadium.

The linebacker was shooting a segment for NFL PLAY 60 Fitness Break, a virtual campaign to encourage young kids to eat healthy and engage in 60 minutes of daily fitness. Kennard’s on-camera workout will air during Super Bowl 57 week.

“I think it’s great,” Kennard said. “Kids are playing video games inside a bit too much these days, so I encourage them to go outside.

“I remember growing up, I wasn’t just playing Fortnight. I was outside running with my neighbors and friends at school. It encourages kids to be active and live healthy. It will affect them into adulthood.”

Parents and teachers can register their students and children to view and participate in the health and wellness campaign.

The results have been positive thanks to the league’s partnership with the American Heart Association to promote the importance of physical fitness.

More than a quarter of a million students across the country are participating in NFL PLAY 60, with virtual learning in the classroom and at home, by NFL.com. Students get an average of 10 minutes of fitness a day through the NFL PLAY 60 app. In collaboration with the NFL and the American Heart Association, nearly 11 million students have received NFL Play 60 programming and resources .

Kennard remembers engaging in similar community service as a student-athlete at USC, which translated into his professional career. Kennard called it a passion when he entered the league in 2014, which remains the case eight years later in 2022.

“It was pretty much automatic to do,” Kennard said. “My passion to impact young people and encourage them in different ways. I think it’s essential and can help change lives.”