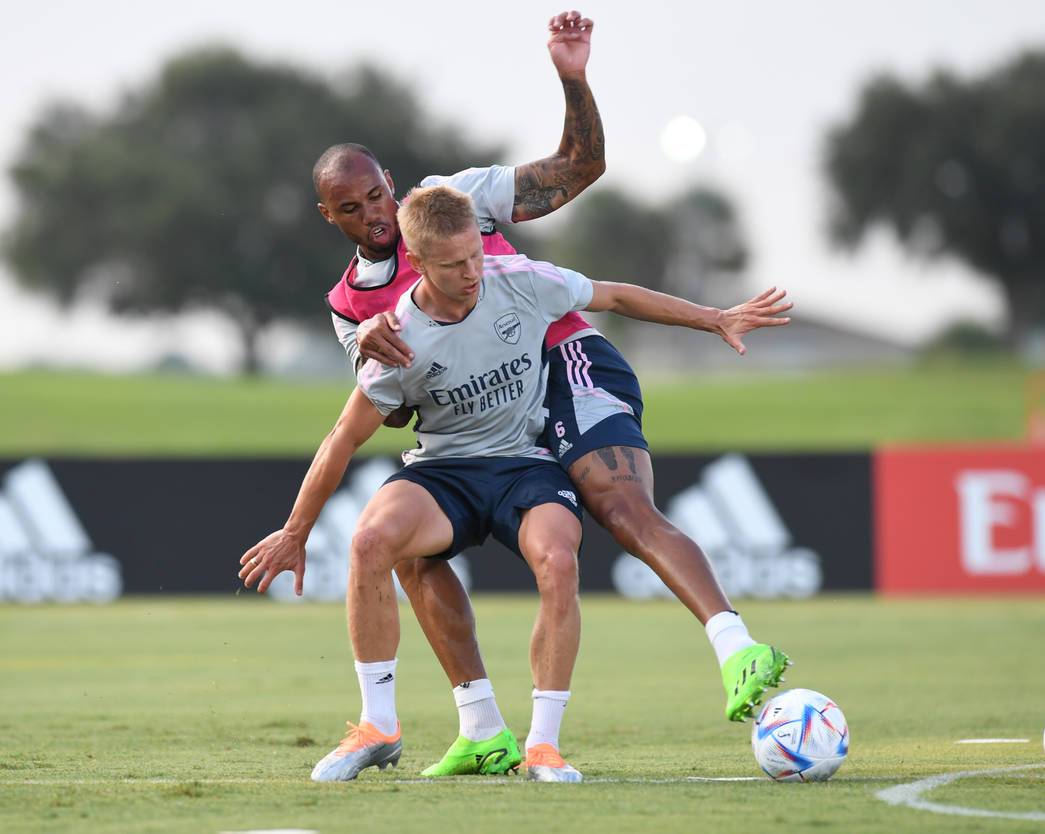 Arsenal’s summer signings from Manchester City both missed the trip to Norway on Thursday, with Gabriel Jesus and Oleksandr Zinchenko missing training earlier in the week.

The evening standard report that Arsenal still have concerns about Zinchenko as he continues to deal with a calf injury. The Gunners will continue to assess the player ahead of the weekend.

At the moment, that leaves Arsenal a bit short in defensive areas. Kieran Tierney is the only full-time left-back, which is why Takehiro Tomiyasu had to play the position in recent games.

Tomiyasu is obviously also covered at right-back, although the return of Cedric Soares has made things easier on that side as he can rotate with Ben White.

But with White and Tomiyasu both needed in the full-back areas, Arsenal only have Gabriel Magalhaes, William Saliba and Rob Holding for the two centre-back positions.

Without Zinchenko, Arsenal have just seven senior defenders, which isn’t quite enough to name two distinct defenders from game to game. At least one player will have to play twice in three days.

It’s yet another example of how worn out the current Arsenal squad is, and they really can’t afford any more injury setbacks before the World Cup.