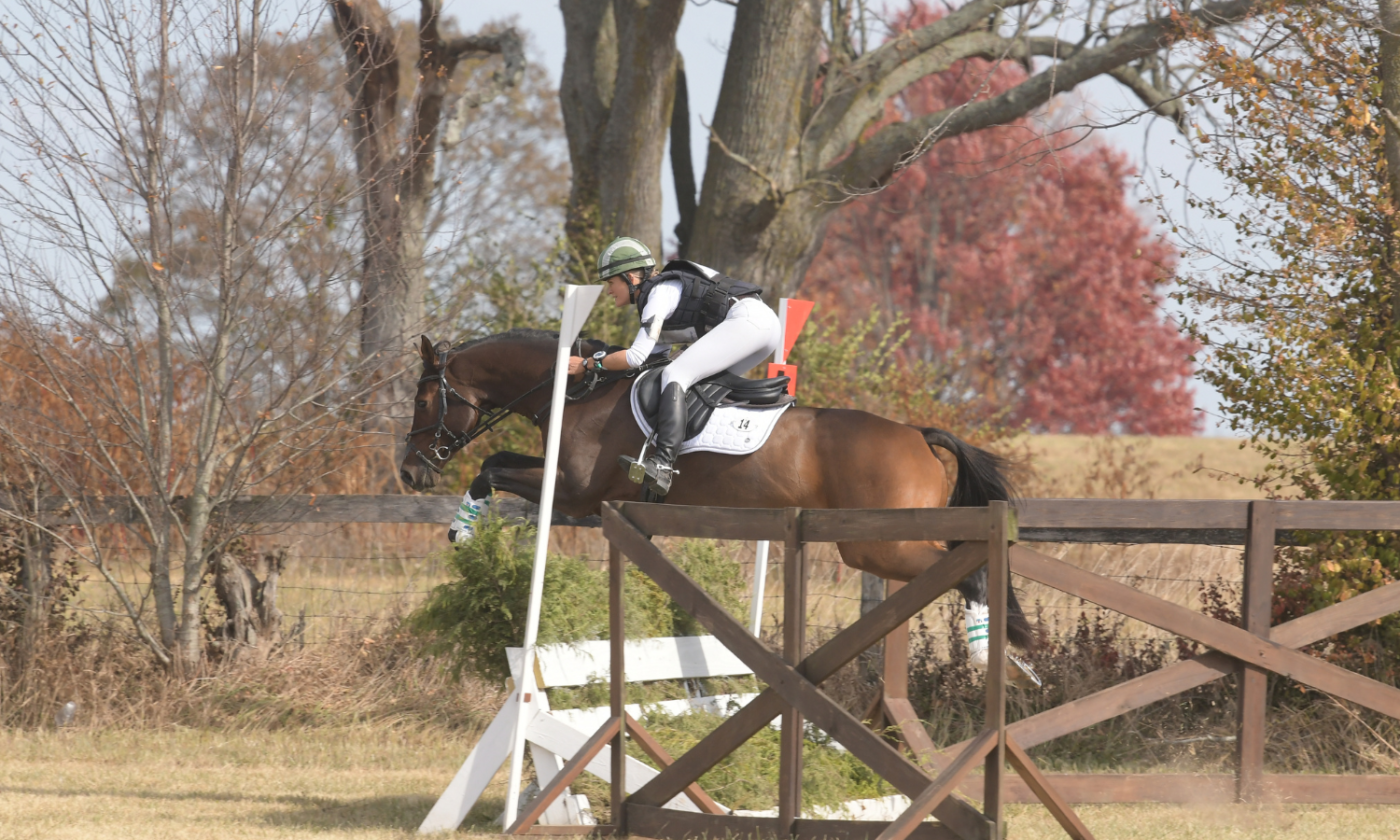 Pro rider Ashley Kehoe has been eventing since she was 13 years old. The former hunter/jumper who started at the age of nine had the opportunity to attend the three-day Radnor Hunt event on endurance day and was bitten by the virus of full competition. .

“I’ve always wanted to be a professional rider, but it’s been a long journey into my own business,” said Kehoe, who has lived overseas producing young horses, ridden for many five-star riders and produced several of his own young horses. up to FEI level.

After selling her older four-star horse last spring, Ashley Kehoe imported her 6-year-old Holsteiner gelding Daktaris (Dinkin x Europa VIII) from Germany in hopes of pushing him through the tiers to become his next higher level mount. “He was young and wild, but had a lot of talent,” Kehoe said. She trusted her friend Svenja Eckart’s assessment of the horse and her word that Kehoe would like it, so she took a gamble and bought it from a video.

After a successful season with Daktaris at Training level and with Preliminaries on the horizon, Kehoe wanted to find a way to get a good base of fitness on the young horse, while showing him what life was like for a real competition horse. A USEA Classic Series event seemed like the perfect fit to help continue “Tari’s” education.

“I was thrilled that Tari had the chance to do the steeplechase to really show her how to run and jump and not be so perfect with her jump all the time,” Kehoe commented. “He’s a Holsteiner and he jumps high and easy. The steeplechase kicked him into a new gear and he just flew over the cross-country. I wish there were more opportunities for us to steeplechase with young horses. For my OTTBs this is not necessary – they were trained to flatten and run. But for warmbloods trained in jumping, the steeplechase is a great training tool!”

With 28 participants in the three-day Hagyard Midsouth training event, having an early lead was essential to start the weekend off on the right foot. This task proved easy for Kehoe and Tari who led the division from start to finish with their dressage score of 27.7, just one point ahead of runners-up.

It was a great weekend for the competitors with three days of training overall with all but two starters finishing the event and only five participants suffering jump faults in the endurance stages. The top three retained their lead position in show jumping dressage at the end, with Kehoe and Tari as well as second-place pair Amanda Richard and her 12-year-old thoroughbred gelding Count Julian (Count the Time x Believen It), ending with the score they started the weekend with. Third place, Maya Clarkson, riding her own 7-year-old German Sport Horse mare FE Velvet Underground (Larimar x Loulinda) added 0.8 time faults to their score in the cross-country phase.

Want to take part in your first Classic Series event, but don’t know where to start? Kehoe thinks the experience is one not to be missed. “I have quite a bit of experience in long format events, but for amateurs and young riders this is a great way to learn how to prepare their horse’s physical condition for longer cross races. There were also educational seminars, mounted and unmounted, that were offered at the event to explain everything.

“You absolutely should,” Kehoe continued. “That’s what sport used to be. I appreciate the effort everyone put into this event, and all the volunteers – it was no small feat.

About the USEA Classic Series

The USEA Classic Series retains the spirit of the classic three-day long-format events for novices starting through the preliminary tiers, now including the modified tier. Competitors can experience the rush of the endurance day, including roads and tracks, steeplechase, vet box and cross-country, as well as participate in formal vet inspections and educational activities with experts on the ins and outs of competing in a long format three day event. Riders who compete in a USEA Classic Series event during the year will have the chance to win a variety of prizes at USEA sponsor events. Click here to learn more about the USEA Classic series.