Belgium sweats over Romelu Lukaku’s fitness ahead of World Cup 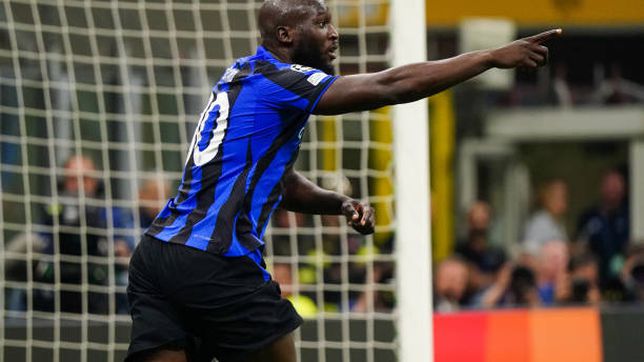 Belgium head coach Roberto Martínez has said the absence of ‘the irreplaceable’ Romelu Lukaku from the World Cup will force his team to change the way they play.

Lukaku is struggling with a hamstring injury but the Inter striker has not yet been ruled out of the tournament, team officials have confirmed.

Recently returned from two months on the sidelines, Lukaku is now a major concern for the 2022 World Cup in Qatar. Belgium will play Canada in their opening match on November 23.

National team doctor Kristof Sas described the latest injury as a “setback” rather than a blow to the player’s World Cup chances.

“It’s not a line through the question yet, but it’s a setback for the player himself, his club and the Red Devils (Belgian national team),” Sas told HLN.

Belgium coach Martínez spoke last week about Lukaku’s importance. Without the striker, the Spanish coach might be forced to restructure his midfield and attacking line.

“At the Red Devils he is irreplaceable,” Martinez told Nieuwsblad. “Every national team has irreplaceable players. Look at Argentina with Messi, Croatia with Modric, Brozovic and Kovacic, Spain and Germany also have such players. That’s how it works.

“With us it’s Courtois, De Bruyne and Lukaku. You cannot replace them one by one. If they don’t play, we have to play in a different way. If Lukaku isn’t there, maybe we should play with more forwards.

Inter confirmed on Monday that the 29-year-old had suffered a “myotendinous sprain in his left hamstring” and would be monitored this week to determine the severity of the problem.

Lukaku returned to the club last week, scoring in Inter’s 4-0 Champions League Group C win. Viktoria Pilsenand came off the bench on Saturday to contest the 3-0 Serie A win over Sampdoria.