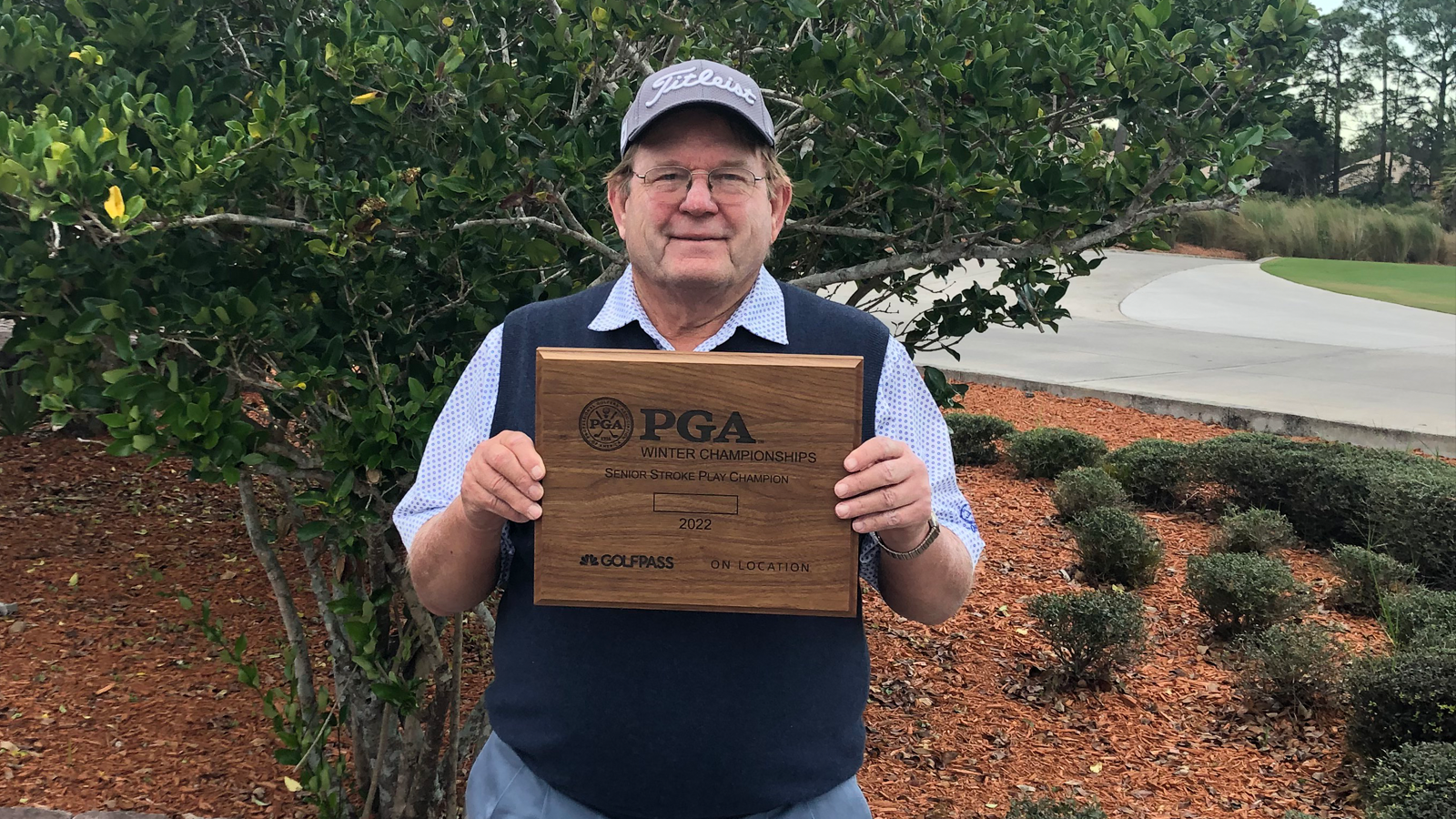 On the day he was named PGA Senior Professional Player of the Year, Bob Sowards of Dublin, Ohio celebrated in the best way he knows how.

By winning another golf tournament.

Sowards shot under 69 on Tuesday to win the PGA Senior Stroke Play Championship at PGA Golf Club. Sowards had four birdies and two bogeys on the Ryder course to finish at 14 under 200, one stroke ahead of Mark Brown (68-201) of Oyster Bay, New York.

Then the 53-year-old Sowards took a big step toward possibly securing an eighth Player of the Year award by fending off Brown.

“I love competing, and the PGA gives us a chance to compete here at the Winter Championships,” said Sowards, PGA Director of Education at Kinsale Golf & Fitness Club in Powell, Ohio. “I like that nervous feeling when you’re in contention.

“It’s great to have won seven Player of the Year awards for overtaking Sonny, but I want to win more. I haven’t given up on winning a fifth ‘Junior’ title. I always set goals for myself.

Sowards started the day with a two stroke lead and his goal was to break free from the bogey. He hit his first 12 greens, but put in the seventh for a bogey. He bogeyed on the 12th, but recovered that shot with a birdie on the 13th.

Brown birdied the 17th par 5 to approach Sowards, but both players tied for the 18th.

“I played really well,” said Sowards. “It was tough there. It was difficult to putts.

James Mason of Dillard, Ga. Won a five-stroke win in the 60+ division scoring 5 under 67 on the Wanamaker course to finish 13 under 202.

“I played really well,” Mason said. “I drove him into play and pulled off a bunch of solid shots. It’s a good feeling to win at 71. I have a little advantage with the tees, but you still have to put the ball in the hole.

Tim Krapfel of Centerville, Ohio, made a hole-in-one on Monday’s second round, hitting the 12th 152-yard hole on the Ryder Course with an 8 iron. Krapfel was 11th.

The PGA Winter Championships are presented by GolfPass and On Location.