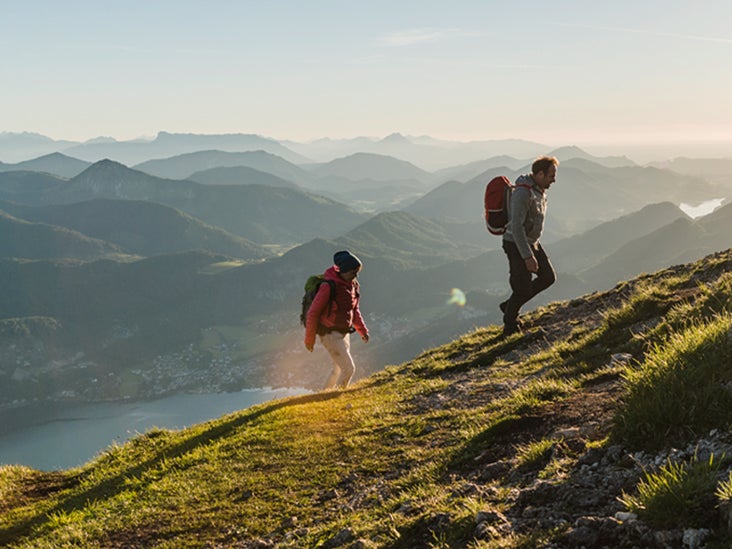 When you train, you may be overlooking a muscle group that can be critical to your performance: those that help you breathe.

New research presented at the American Physiological Society’s annual meeting at Experimental Biology 2022 reveals that the benefits of certain muscles that control our breathing may extend to our level of fitness.

“Conventional aerobic exercise can improve cardiorespiratory fitness and exercise tolerance, both of which are independent risk factors for cardiovascular disease,” said Kaitlin Freeberg, a doctoral student in the Department of Integrative Physiology at the University of Colorado (UC) Boulder, at Healthline.

“However, adherence to physical activity guidelines is low among adults due to lack of time, suggesting that new and timely healthy lifestyle interventions are needed to reduce the risk of cardiovascular disease with age. age,” Freeberg said.

For this study, Freeberg and his team divided 35 people aged 50 and over into two groups; one used the high-resistance IMST, and the other was a “control” group that used the low-resistance device.

Both groups performed IMST training for 30 breaths (about five minutes) every day for six weeks.

The aim was to investigate whether six weeks of high-resistance IMST could improve cardiorespiratory fitness and/or exercise tolerance.

Results after six weeks showed that the high-resistance group experienced a 12% improvement in a treadmill time-to-exhaustion test, while the low-resistance control group showed none.

“High-strength IMST is a promising, rapid, low-barrier strategy for improving exercise tolerance and cardiovascular health in middle-aged and older adults,” she said.

The study, in the Journal of the American Heart Associationfound that breathing exercise may play a key role in reducing the risk of cardiovascular disease in older adults.

Lead author Daniel Craighead, assistant research professor in the Department of Integrative Physiology at UC Boulder, found that the same 30 inhalations a day with a high-resistance protocol offered significant benefits.

They also saw a significant improvement in arterial health and increased levels of nitric oxide, a molecule needed to prevent plaque buildup.

“We’ve found that not only is it faster than traditional exercise programs, but the benefits can be longer lasting,” Craighead said in a statement.

“The IMST has been around for several decades and is a relatively inexpensive and easy-to-use device that can help train and improve the strength of the muscles that assist in inspiratory breathing,” says Jamie Wood., PT, PhD, respiratory physiotherapist in the Department of Rehabilitation and Human Performance at Mount Sinai Health System.

Wood explained that the muscles used during inhalation include the diaphragm and the external intercostals (small muscles located between the ribs).

“IMST is safe to use,” he said. “However, it should be implemented under the guidance of a medical professional.

Wood cautioned that this was a small study with just 35 participants, so the results may not apply to everyone. But he said the study showed benefits for those tested using a treadmill.

Wood added that it’s important to know what the performance upgrades mean.

“It’s important to understand what the 12% improvement means in real units of measurement,” he said. “And how this result will translate to other measures of longer-term physical function and quality of life.”

New research reveals that a type of exercise that focuses on the muscles used for breathing can improve seniors’ endurance on a treadmill test.

Experts say IMST can increase the strength of the muscles we use to breathe.

They also say that while safe, this protocol should be used under medical supervision.