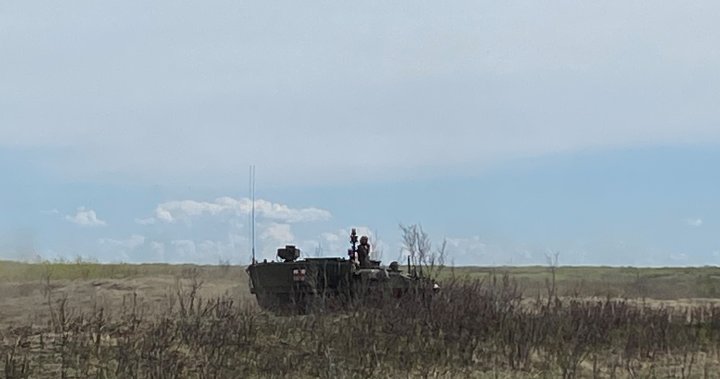 Approximately 3,200 personnel are participating in Exercise Maple Resolve 22 in Wainwright, Alberta. The exercise ensures soldiers are ready to deploy in support of Canadians in any capacity, including combat operations. It also improves their combat readiness.

This year, soldiers go through the Date Europe scenario, which focuses on a deteriorating security situation in Eastern Europe. According to the CAF, it theoretically proposes a situation where the Baltic states are invaded from the east by a fictitious force and NATO is required to react.

“It’s basically drawn from the current conflict in Europe, of course,” said National Defense Minister Anita Anand, who was in Wainwright on Thursday to meet exercise participants. “But the reality is that our Canadian Armed Forces must be prepared for all eventualities.

“I feel like this is a highly organized and highly planned exercise. What I have seen today is remarkable in terms of the level of planning required for a very complex exercise such as this. »

Most of the soldiers participating in Exercise Maple Resolve 22 are from 2 Canadian Mechanized Brigade Group (2 CMBG) based in Petawawa, Ontario. It also includes soldiers from the United States and the United Kingdom.

Colonel Eric Landry, commanding officer of 2 CMBG, said the large-scale exercise is part of the training they’ve been doing all year.

“The scenario is basically: there was a ceasefire, we were on the border of a NATO country and there is an invasion that we have to react to,” Landry explained. “It’s very, very, very realistic.

Chief of Defense Staff General Wayne Eyre said this type of training underpins their readiness to be able to conduct operations around the world.

“They know it’s real, they know what they’re preparing for could happen,” Eyre said.

“This group here, over the summer, will become the core of our NATO response force.”

The Royal Canadian Air Force provides an air task force to support training operations. This includes six CH-146 Griffon helicopters and about 300 people. A CP-140 Aurora is also participating in the exercise, along with a detachment of five UH-60 Blackhawk helicopters from the Oregon National Guard.

The CAF said this year’s exercise is not a full return to the size it was before the COVID-19 pandemic, but is a significant increase from the training last year.