Club World Cup dates still up in the air 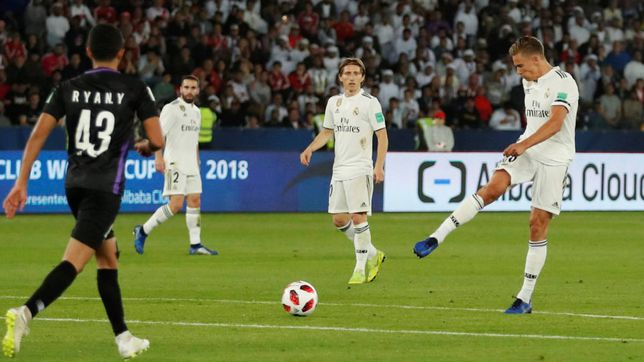 The 2022/23 LaLiga season is about to start and it’s not yet known when one of football’s most prestigious tournaments, the Club World Cup, will be played. This could become a problem for real Madrid, who will represent Europe after winning the Champions League. In a particularly demanding season due to the number of competitions Ancelotti’s team will play (they have the chance to win the sextuple), planning ahead is crucial, especially since on this occasion, the Qatar World Cup appears halfway through the campaign.

Waiting, all Madrid can do is wait. An additional tournament like the Club World Cup always affects the preparation of the players, due to their particular timing in the calendar. [Fitness trainer, Antonio] Pintus should know in advance when the team will have to travel to Chinathis year’s hosts Club World Cup. He needs to know the exact dates to have time to adjust the players’ diet. The majority of Madrid stars will take part in the Qatar World Cup from November 21 to December 18. They will head towards Saudi Arabia for the Spanish Super Cup which takes place from January 11 to 15. After that, on a date yet to be determined, the Club World Cup will take place.

The reason there is such uncertainty about the date is obvious – it’s hard to find the right time. At Real Madrid, it is believed that the tournament will probably be played in February, as it has been for the past two seasons (last season it took place from February 3-12). However, there is a problem: the winner of the Asian Champions League will not be known until February 26, which makes it impossible to hold the competition before March at the earliest. The alternatives would be the exclusion of the Asian champions or the postponement of the date of the final. At the moment, only three teams have been confirmed – real Madrid as the winner of the Champions League, Seattle Sounders as Concachampion champion and Wydad Casablanca, who won the African Champions League. The other four will be, in addition to the Asian champions, the champions of the Libertadoresthe Oceania Champions and the Winner of the Chinese Super Leagueas representatives of the organizing country.

Doubts about the tournament have been raised in recent years. In 2018, FIFA wanted to change the current format, expanding the competition from seven to 24 teams, allowing other clubs to enter apart from the champions of each confederation. However, the plan did not materialize. Nonetheless, it continues to be a highly regarded competition in which Madrid are the most successful club, having won it seven times. Madrid have won the old Intercontinental Cup three times (in 1960, 1988 and 2002) and four trophies under the current format (2014, 2016, 2017 and 2018). They will travel to China as big favorites – although the date is not yet known…

Madrid have done better under the new format

Real Madrid’s seven world championship titles eclipse the four won by AC Milan and Bayern Munich. Real Madrid have had better luck in the competition since the old Intercontinental format was scrapped. Los Blancos lost the 1966 and 2000 finals against Penarol and Boca Juniors, respectively. They have won four of four since 2006, as well as by making three in a row. In 2014, Ramos and Bale sentenced Saint Laurent (2-0). Benzema and ChristianThe hat trick of would explain the Kashima wood in 2016 (4-2). Once again the Portuguese ace, with only one goal against Gremiodecided the 2017 edition. While modric, Marcos Llorente, Ramos and an own goal from Nader canceled Al-Ainresistance in 2018 (4-1). In February, or when FIFA decides, Madrid will travel to China with one goal: earning a living in the tournament.