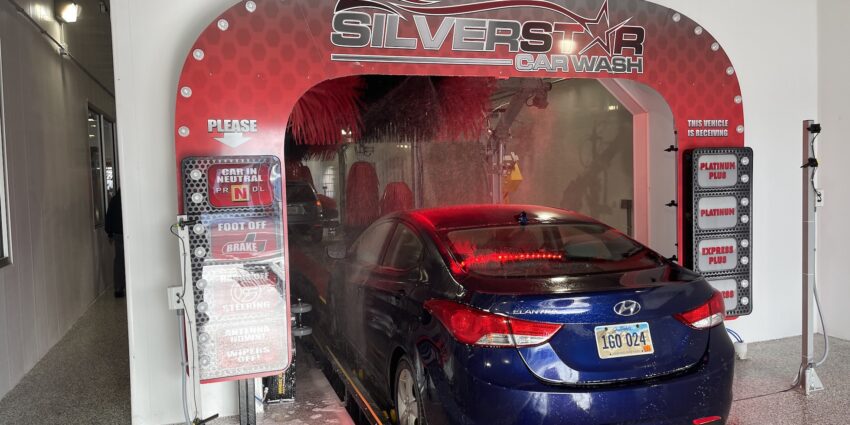 Here’s a look at recent changes in the business landscape in the Sioux Falls area.

Face Foundry opened in Empire Place on 41st Street across from The Empire Mall. Services include eyebrows, eyelashes and facials. The Minnesota-based company’s franchise makes appointments, but services are also available without an appointment. There is also a membership option.

A-OX welding supply is one of six Minnesota partners Absolute air, a consortium of independent companies that have invested in a new air separation plant. The partnership with Absolute Air will help the company easily obtain purified oxygen, nitrogen and argon in bulk, instead of purchasing gases from an outside separation plant. Located in Faribault, Minnesota, the plant is slated to open at the end of March.

Based in Sioux Falls Maguire iron opened a facility in Texas that will serve as the company’s headquarters in the south for its water tank construction, repair and maintenance services. It is located on 6 acres in Crawford and will serve Texas and the surrounding states.

New Silverstar car wash at 1500 S. Minnesota Ave. has opened and will be a flagship of the brand, which has eight locations in Sioux Falls with two more under construction. The site also includes a training center, a base for the construction team and a warehouse for equipment parts.

Federal Credit Union Travel plans to build a branch at The Crossroads, which is located on the former Gage Brothers Concrete Products site at 12th Street and Interstate 29. It will replace an existing location at 124 S. Kiwanis Ave.

The Master’s Club – Fitness & Lifestyle Well-being has closed after pandemic pressure, but owner Teri Katzenberger offers online workouts and advice on nutrition and weight management. The Master’s Club will become a men’s health and wellness program later this year, and Katzenberger has restarted She’s Shapin ‘Up Fitness and Weight Management for Women, a fitness business she owned two decades ago.

Bits-N-Bytes closed his storefront, but owner Larry Giannini does naval repairs and repairs to cellphones, game consoles and tablets from his home. Contact him at 605-339-4784.

Thyme Café & Catering took over Signature Flight Support coffee at Joe Foss Field. The cafe is open 8 a.m. to 2 p.m. weekdays, and owner Taylor Massey of Lennox uses the kitchen for her meal and catering services.

The owners of Straw vineyard are retiring, but they are looking for someone to manage the day-to-day operations of the business. Don and Susie South opened the winery north of Sioux Falls 15 years ago.

Startup Sioux Falls hope to head downtown. The non-profit organization located at 2329 N. Career Ave. in the northwestern part of the city strives to support the city’s entrepreneurial ecosystem. He intends to rent a building at 100 E. Sixth St. which is owned by the City of Sioux Falls if city council approves the conditions. The goal is to be moved in by the end of the year.

Buff city soap plans to open its second location in Sioux Falls at Dawley Farm Village. The retail store specializing in customizable herbal soaps and bath and laundry products, will be located in a new retail center along 18th Street which will also include a second bakery for Crumbl Cookies. The franchise owner hopes to open in the fall.

Sioux Falls Economy Shades has moved to its new location at 828 S. Highline Place, on the east side of Dawley Farm Village. The old location was at 41st and Marion.

Lloyd Cos. is building The Carlton at Dawley Farm Village, which will include three floors of apartments and businesses on the first level. The first phase of the project, which includes 83 apartments and the clubhouse, is expected to open in the fall, with the remaining 69 units ending in mid-2023.

Native American restaurant Watcha bowl brings its roots back this year with the return of the original food truck. Owners Lawrence and Sophie West eventually repossessed their original truck, which operated for a few weeks last fall as the Sloppy Weiner until it was damaged in a hit-and-run accident. . They also plan to operate a second food truck – the old Fat Kid Filly rig – which will be used for larger events locally and on the area’s powwow circuit. With the smoker aboard the trailer, the menu will include a barbecue. The plan is to find a permanent base for the original truck on the southeast side of town. The West Madison Street restaurant will continue to operate.

Fair market, a discounted grocery store that opened less than a year ago on South Carolyn Avenue, has moved to a larger location at 4510 E. 10th St. The new store just east of Sycamore Avenue is approx. three times larger and includes a dock for unloading deliveries. Hours are 10 a.m. to 4 p.m. Monday to Saturday.

Mcdonalds plans to build a restaurant at 7500 S. Minnesota Ave., starting in early spring and opening five to six months after construction begins. In addition, franchise owner Jordan Hartshorn of Hart2Hart Inc. is moving its headquarters from Watertown to Sioux Falls. He bought the old Core Orthopedics building at 2908 E. 26th St. and is turning it into office space and space for rent to another tenant.

Kwik trip chose a location for its first convenience store in Sioux Falls. The Wisconsin-based family business, which will operate in South Dakota as Star Kwik, purchased land at the northwest corner of 57th Street and Graystone Avenue, west of Sycamore Avenue. The company plans to build the site in 2023.

Aerial artists Kayla Mathieu and Katie Hermann started Performing arts Cirka,offer entertainment for public and private events. They can bring together four performers for a performance of 30 minutes to two hours. The silks reach about 28 feet in the air and shows can be done indoors or outdoors.

A store offering maternity and children’s clothing and accessories that started online and with pop-up stores has opened in Harrisburg. The stork shop is at 305 W. Willow St. in a space shared with Lava’s Coffee and The Sandlot. Hours of operation are 4 p.m. to 7 p.m. Tuesday, 9 a.m. to noon Friday and Saturday and by appointment.