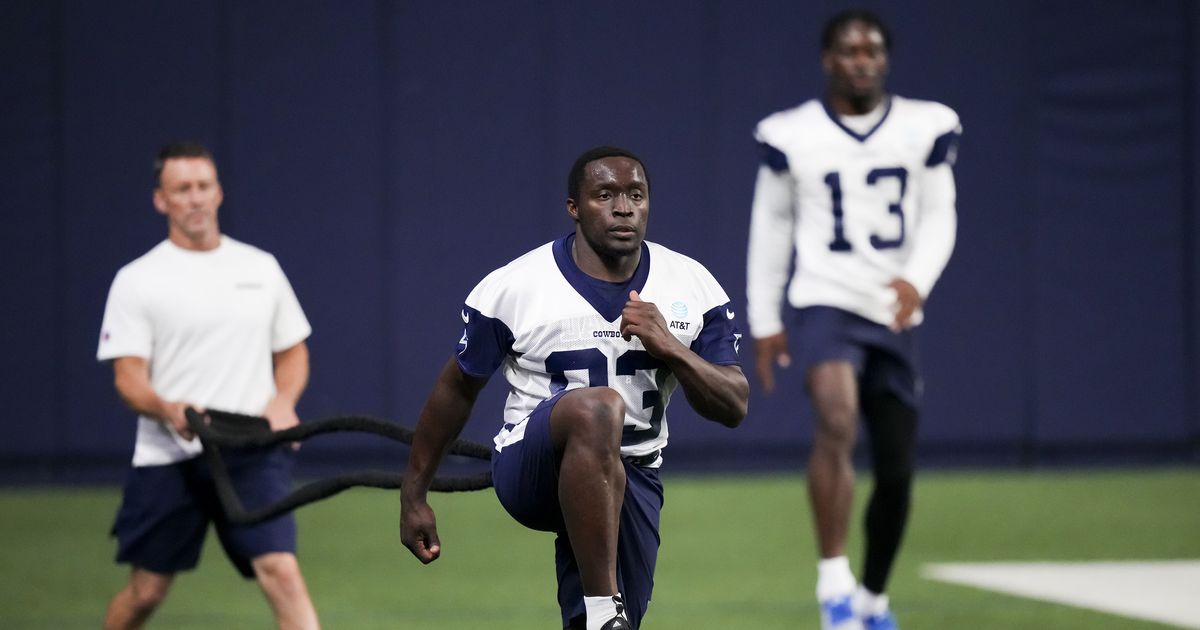 OXNARD, Calif. — Several dozen Cowboys players stood at their east practice field at 10 a.m. Tuesday, dressed in practice gear under a navy coat that blocked out the sun. In previous years, a physical fitness test was in the air, with strength and conditioning coaches preparing to lead a workout that gauges players’ physical readiness for training camp.

The Cowboys have moved on.

In the early days of last year’s camp, several players suffered muscle injuries that sidelined them for several weeks. Defensive end Chauncey Golston suffered a hamstring injury during the 2021 conditioning test, missing all of camp, preseason and the first two games of the regular season. On Tuesday, Cowboys trainers conducted agility training at the test site.

The collective agreement stipulates that camp practices include a ramp-up period.

No contact is allowed for the first three days. Full speed is allowed on Days 4 and 5 with players in light training gear, including helmets and shells. After a mandatory day off, padded practices can come on day 7.

This structure arguably makes it counter-intuitive to open players up to full physical production before a gradual progression begins. Instead, movement data from players’ wearable tracking devices can be assessed in the coming days to determine fitness.

The Cowboys want to avoid a repeat of the Golston situation or, as another example, that of linebacker Francis Bernard. He suffered a hamstring injury in the first half of camp’s first training in 2021. He missed more than four weeks, returned to training and then aggravated the hamstring in August, forcing his placement in the casualty reserve. Bernard didn’t make his season debut until November.

Wide receiver Michael Gallup (ACL) is scheduled to be placed on the physically unable to perform list Wednesday with linebacker Damone Clark (neck) on the non-football injury list. Clark, a fifth-round pick, could miss his entire rookie season after spinal fusion surgery in March.

A Cowboys staffer familiar with the situation said a few younger players may also receive an injury designation to start camp, but that won’t be finalized until Wednesday before the first practice. It starts at 11:30 a.m. PST.