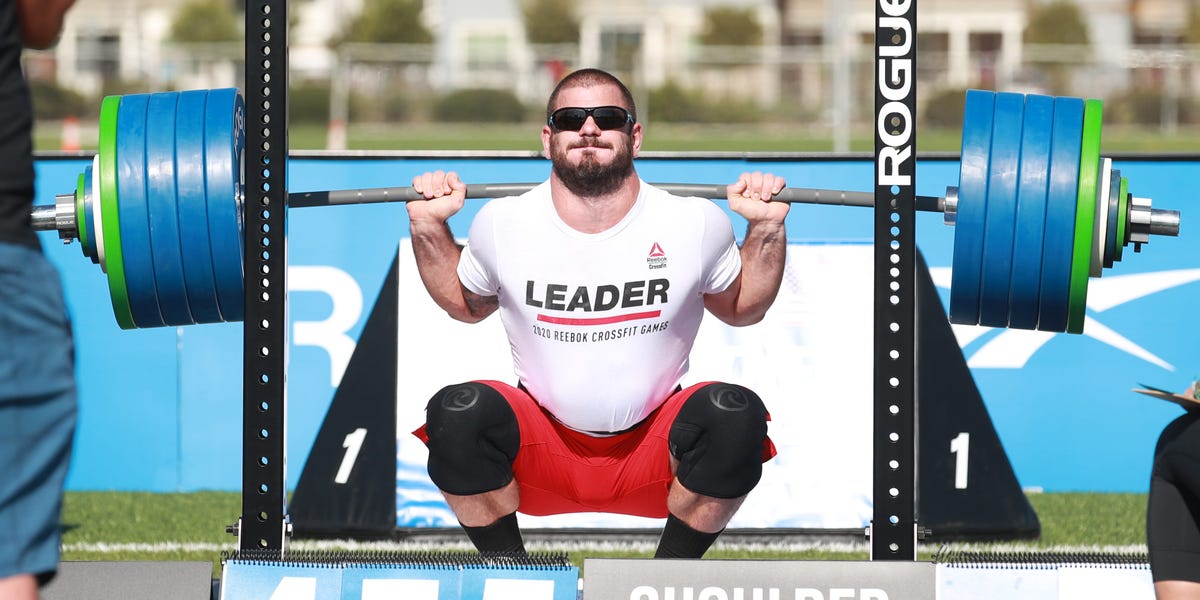 Mat Fraser is the five-time “Fittest Man on Earth”, having won the CrossFit Games from 2016 to 2020. In February 2021, Fraser retired from competitive CrossFit, but that doesn’t mean he’s slowed down.

Fraser told Insider he’s been busier than ever, not only maintaining his own fitness, but also coaching both elite CrossFitters (including 2021 champion Justin Medeiros and rising star Mal O’ Brien) and everyday people through his new workout app, HWPO Training.

HWPO stands for “hard work pays off,” which Fraser says is his mantra.

Although CrossFit requires hard work across all disciplines, Fraser said he believes squats are essential to master, whether you want to get fitter or stronger,

If you’re new to CrossFit or any other type of strength training, Fraser said mastering your technique is crucial.

“Don’t rush into the heavy barbells and high-skilled movements,” he said. “It can be frustrating at first when you see everyone doing fun and sexy stuff, but putting that groundwork in and building a strong foundation is going to pay dividends throughout your athletic career.”

Fraser recommended mastering squats for people who want to get in shape. Squats are compound movements, meaning they work multiple muscle groups.

“Squatting correctly is probably one of the best moves to make you better and healthier for life,” he said. Moving your lower body while holding the weight with your upper body is “so valuable,” Fraser said.

If you can squat properly — with a barbell on your rear deltoids — it will translate to plenty of movement, whether it’s getting out of a chair or carrying boxes, Fraser said.

He said he thinks the biggest mistake people make when squatting is not getting proper training and learning how to do it correctly, which can lead to injury (especially when lifting weights heavier).

Fraser said he was in the “honeymoon phase” of his bodybuilding workouts.

Fraser no longer competes, but he said he still trains six days a week and enjoys doing more strength training.

“I’m still in the honeymoon phase of strength training,” he said, adding that he doesn’t always like to be out of breath and can now take his time to complete the workouts. movements.

“I’m really enjoying this new style of training which is hitting a set, trying to fail, then resting three to four minutes between sets,” he said.

Fraser said he initially struggled to stay motivated without a specific goal, so now he sets goals for himself, such as the bench press and the deadlift.

“I put more emphasis on overall health and fitness and making sure I’m having a good time,” he said.

Recovery is always important for Fraser to keep his body healthy

When Fraser was competing, he said, he spent hours in the gym every day but made sure to put just as much emphasis on recovery. After retiring, he said he made the mistake of neglecting recovery, which resulted in aches and pains.

“I always demand a lot from my body and I have to make sure I give it back,” Fraser said. He said he now incorporates foam rollers and massage guns into his routine and aims to get eight hours of sleep a night.

Fraser said his body weight had stayed about the same since retiring, but he was eating about a third of what he used to eat.

The food didn’t change much, just the amount, although he said he no longer needed fast-burning fuel for intermediate workouts, like Snickers bars and gummies.