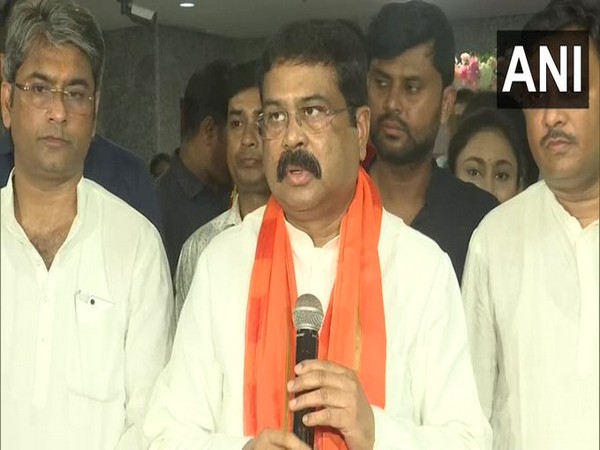 New Delhi [India]Jul 25 (ANI): Education and Skills Development Minister Dharmendra Pradhan said on Sunday that Anusilan Samity was a major secret revolutionary society operating from Bengal in the 20th century with a mission to overthrow colonial rule and to give impetus to India’s struggle for freedom.
Pradhan said that founded by Satish Chandra Pramatha Mitra, Aurobindo Ghose and Sarala Devi, Anusilan Samity was one of many illustrious institutions in the pious land of Bengal which shaped the consciousness of the nation through nationalist writings, publications and the focus on Swadeshi.

He added that legends like Deshabandhu Chittaranjan Das, Surendranath Tagore, Jatindranath Banerjee, Bagha Jatin were associated with Anusilan Samity. Hedgewar was also an alumnus of the Samity. Glad to pay homage to these greats especially during the Azadi Ka Amrit Mahotsav, he added.
The minister urged NCERT and the education fraternity to include enough information about Anusilan Samity especially in the upcoming National Curriculum Framework (NCF). Important information about the chronicles of Anusilan Samity in our textbooks will inspire the next generation, he added.
Notably, Anushilan Samiti was an Indian fitness club, which was actually used as an underground society for anti-British revolutionaries. In the first quarter of the 20th century, he supported revolutionary violence as a means of ending British rule in India. (ANI)