Eating artificial sweeteners may increase the risk of heart disease 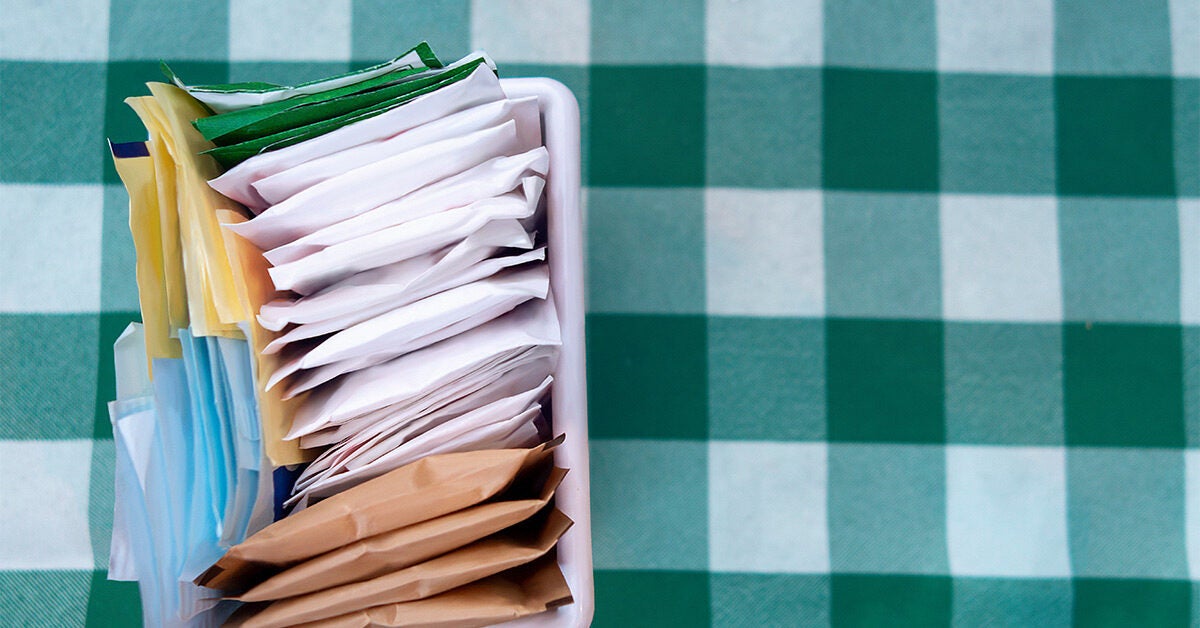 Millions of Americans consume artificial sweeteners – not just in soft drinks and other beverages, but also in snacks, dairy products, convenience foods, and in the small packets you find in restaurants.

Although some people use them to avoid the health risks of added (real) sugars, artificial sweeteners can also have a negative impact on your health, especially when consumed in large amounts.

They found that people who consumed higher amounts of artificial sweeteners had an increased risk of cardiovascular disease overall, as well as stroke and other types of cerebrovascular disease.

The study, published September 7 in journal, included more than 103,000 French adults who took part in an online nutrition study. The average age of participants at baseline was 42, and almost 80% were women.

At the start of the study, people completed questionnaires about their diet, health, physical activity and personal information such as education, smoking status and occupation.

They also performed several dietary assessments at the start of the study and every 6 months thereafter. During these food recalls, they were asked to report all food and beverages consumed over a 24-hour period.

This provided the researchers with a detailed estimate of artificial sweetener intake from all sources, as well as their intake of fruits, vegetables, dairy, red meat, and other types of foods or nutrients.

Overall, 37% of participants consumed artificial sweeteners in some form. On average, these people consumed about 42 milligrams a day, which is equivalent to a single packet of table-top sweetener or 3.4 ounces (100 milliliters) of diet soda.

People who consumed higher amounts of artificial sweeteners tended to be younger, had a higher body mass index (BMI), and were more likely to smoke, be less physically active, and diet.

The researchers took these differences into account, along with other factors such as age, gender, physical activity, education, smoking and family history of cardiovascular disease.

“After the adjustment [for these]there is still a signal that there seems to be an increase in cardiovascular events among those who report increased use of artificial sweeteners,” said Dr. Elizabeth H. Dineen, cardiologist at UCI Health’s Susan Samueli Integrative Institute. in Orange County, California. Dineen was not part of the search.

After following people for an average of 9 years, researchers found that the consumption of artificial sweeteners was associated with an increased risk of cardiovascular disease in general.

People who ate the most artificial sugar also had an 18% higher risk of stroke or another type of cerebrovascular disease compared to non-consumers.

In addition, heavy consumers of aspartame had an increased risk of cerebrovascular disease; and the highest consumers of acesulfame potassium and sucralose had a higher risk of coronary heart disease.

Dietary assessments recorded consumption of other types of artificial sweeteners — including the plant-based stevia — but participants consumed too little for the researchers to include in their analysis.

The researchers also looked at whether substituting artificial sweeteners for added sugar would reduce the overall risk of cardiovascular disease, cerebrovascular disease, or coronary heart disease. Their analysis “did not suggest a benefit,” they wrote.

Given the study results, artificial sweeteners “should not be considered a healthy and safe alternative to sugar,” they wrote, especially with “the extensive use of these substances in products on the market. global”.

Dineen said the study was well done, but there were some limitations. The first is that this is an observational study, so researchers cannot prove a causal link between artificial sweeteners and cardiovascular disease.

However, other research has shown that people who consume larger amounts of artificially sweetened beverages have a higher risk of and .

Most previous research on cardiovascular disease risk has focused on the consumption of artificial sweeteners in beverages. This study, however, included all food sources.

“Beverages are, of course, a big source of artificial sweeteners, but those sweeteners seem to show up in foods you wouldn’t think of, like crackers and bread,” said Lori Chong, RDN, LD, registered dietitian at The Wexner Medical Center at Ohio State University in Columbus, Ohio.

Heart-related risks are just one of the concerns with consuming artificial sweeteners.

Another study by the authors of the new study, published in March 2022 in PLOS ONEfound an increased risk of cancer with higher consumption of artificial sweeteners, particularly aspartame and acesulfame-K.

“Based on other studies and this one, it seems wise to limit artificial sweeteners,” said Dineen, also an assistant professor of medicine, cardiovascular disease, at the UCI School of Medicine in Irvine, Calif.

Chong said even before this study, she recommended people minimize their intake of artificial sweeteners — but “minimizing doesn’t mean avoiding at all costs.”

Of course, limiting the consumption of artificial sweeteners will mean different things to different people.

So, “a practical approach might be to assess which foods and beverages you regularly consume that contain artificial sweeteners, and then consider alternatives to those products or [ways to] reduce them,” Chong said.

This doesn’t just mean going back to added sugars – “true [added] sugars in all their forms still need to be limited,” Chong said.

A good rule of thumb, she said, is that the World Health Organization Consuming no more than 10% of your daily calories as added sugars – or no more than 5% for additional health benefits.

She also suggests that people check the ingredient lists on food packages.

“Short and simple is better than long and complicated,” she said. “And be sure to buy enough whole foods — like fresh fruits and vegetables — that don’t need an ingredient label.”

While studies like this and others can help guide people toward healthier eating, Dineen said healthy eating is often intuitive.

“Most people know what’s generally healthy versus what’s not,” she said. “But we are all creatures of habit, and [sometimes] it becomes difficult to break these habits.

Some people who have trouble changing their eating habits may benefit from dietary counseling with a dietitian, either individually or in a group, she said.

She also recommends the Mediterranean diet, which “has been a staple in the prevention world, when it comes to heart disease.”

This diet is rich in fruits, vegetables, whole grains and healthy fats. While traditionally the Mediterranean diet includes fish and seafood, Dineen said the diet should be tailored to a person’s health factors and personal preferences.

In general, “the more natural and less processed, the better,” she said. “So avoiding added artificial sugars would make sense, and that [new] the study helps support this.