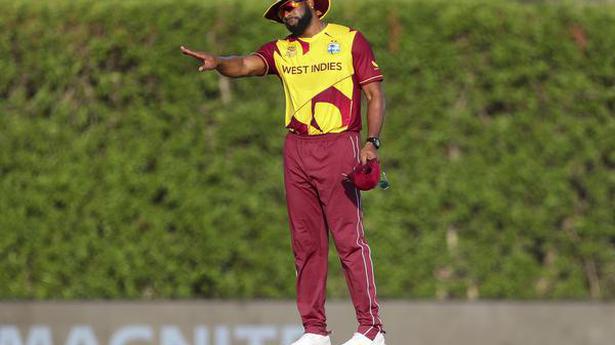 Big hitter Shimron Hetmyer remained unavailable due to fitness concerns as West Indies named a 16-member squad for the T20 series against India, keeping faith in the team that beat England in the a five-game home game earlier this month.

The three T20Is against India will be played in Kolkata on February 16, 18 and 20, following a three-game ODI series to be held in Ahmedabad on February 6, 9 and 11. West Indies have already named the ODI team under Pollard.

Hetmyer was once again left out of the squad for fitness reasons. Earlier this month, West Indies head coach Phil Simmons expressed his dissatisfaction with Hetmyer’s attitude towards fitness.

The 25-year-old swashbuckler failed a fitness test ahead of the series against England and has still not been found up to the task. Coach Phil Simmons said it was “heartbreaking” to watch him continually “let himself and his teammates down”. “The team did well in the Betway T20I series against England in Barbados and we have decided to stay with the same group of players. They have shown great skill and fighting spirit and we expect to the same kind of performances on the India tour,” head coach Desmond Haynes said when announcing the squad over the weekend.

Versatile Odean Smith has also been named to the squad despite a recent incident in which claims were made he was ‘victimized’ after being left out for the third T20I against England to make way for Rovman Powell.

The claims were made in a voice note sent to the media, the sender is not yet known.