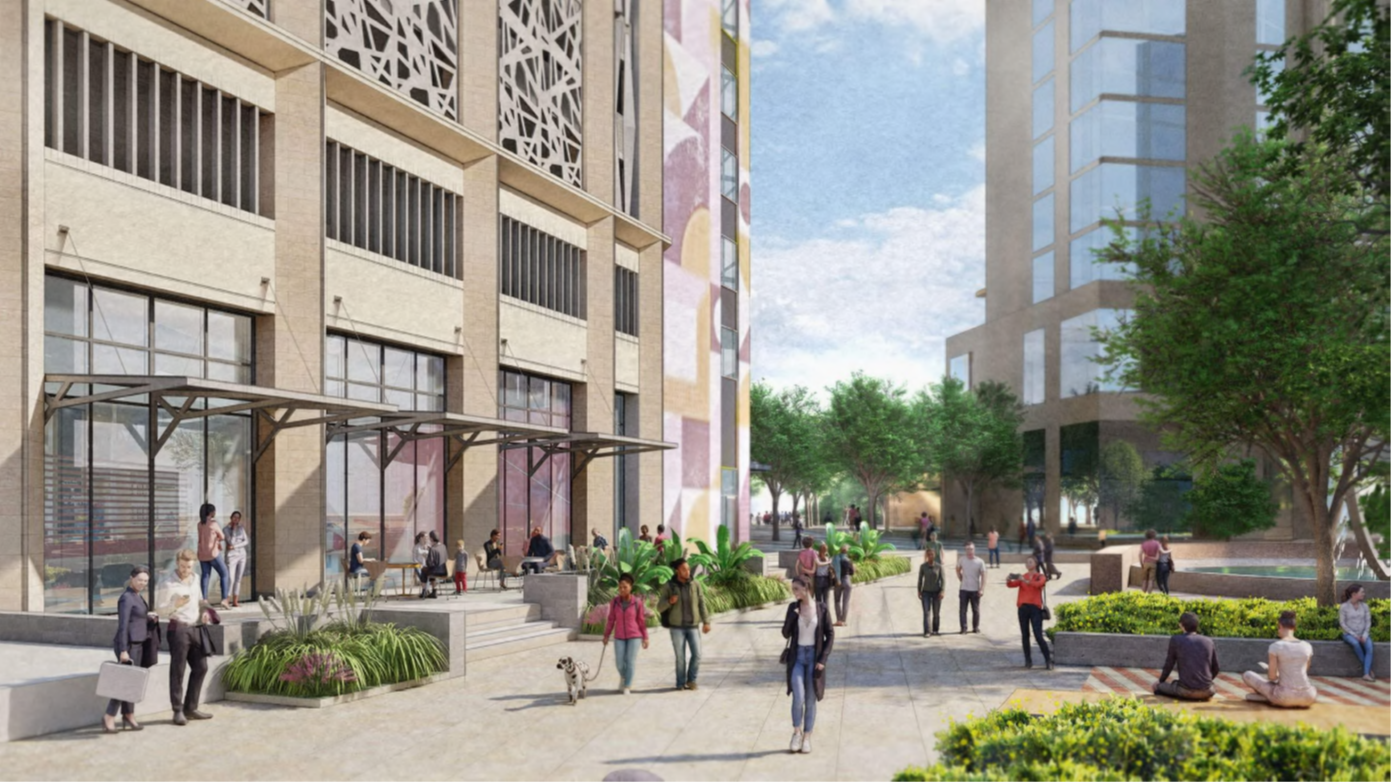 With Civic Park already underway, the revitalization of the downtown San Antonio site of the 1968 World’s Fair comes into sharper focus as plans for a 28-story residential tower are unveiled. The architects have revealed a preview of the apartment tower as it seeks approval from the Historic Design and Review Board.

The tower will be built on Market Street adjacent to the incoming 17-story hotel which will be next door. HDRC agenda papers say the 28-story residential portion will have seven levels of parking, three floors of commercial space and the remainder containing 360 residential units and other amenities.

Site plans show that these amenities include a game room, coworking spaces, a fitness center and a rooftop terrace with a clubhouse and swimming pool on the top floor of the parking lot.

The mixed-use tower is part of Hemisfair’s $340 million overhaul, overseen by Hemisfair Park Area Redevelopment Corporation. This project also includes the neighboring hotel tower and the ambitious Civic Park project. Zachry Hospitality, the project manager on the hotel and residential portions, was due to close the projects last year, according to the initial development agreement. But the company had yet to pay rent to Hemisfair PARC to build on the property.

San Antonio approved a new development agreement with Zachry in April, allowing the company to pay less rent at Hemisfair PARC but foot the parking bill.