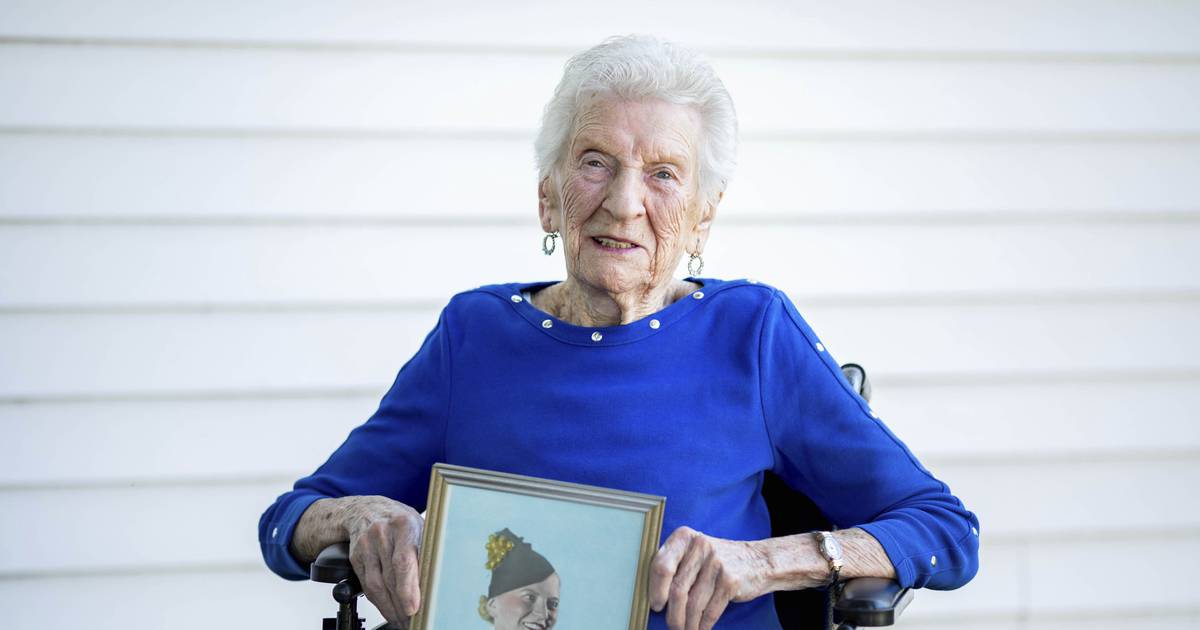 Although approaching 108 years on this earth, Homewood’s Mary Cantway said she has no secrets for longevity. She’s stayed active throughout her life, and that’s sure helped her, but Cantway is just as curious as anyone to find out what kept her going all these years.

“I don’t know why I’m still here,” Cantway said. “All I know is that if you want to be useful and get something out of life, you have to put something into it.”

For Cantway, that has meant involvement with the Homewood Historical Society in recent years, time with friends she made through the HF Racquet & Fitness Club, and practicing her faith with the Presbyterian Church. She’s become something of a local celebrity, with strangers even asking for pictures with her these days.

Antonia Urbanski, communications and engagement specialist at Homewood, said that although Cantway doesn’t think about her age, she is happy to tell her life story to those who will listen. She has seen many things in her life and remembers them very well.

The village wants to return some of that kindness and is asking for help in celebrating the birthday of its oldest known resident. They are collecting birthday cards for Cantway, who has lived in Homewood for decades and will turn 108 on September 30.

“That would totally make him all day,” Urbanski said.

Cards can be mailed by September 28 to Homewood Village Hall, 2020 Chestnut Road, Homewood, IL, 60430. Cards must be hand-delivered by Mayor Rich Hofeld on Cantway’s birthday as a surprise. The family asked people to send cards only, not gifts.

Cantway graduated from Parker High School in 1932 while living in the Englewood neighborhood of Chicago. During the Great Depression, she found a job at Swift & Co. and worked there until she married Elmo Cantway in 1940. When they finally began looking for a home of their own, Cantway remembered a house on a hill she had seen coming out of the overpass in Homewood.

“I was like, ‘Oh, I would love to live in Homewood,'” Cantway said.

At the time, the real estate agent had only one residence in town to show them. Mary was unsure of the location, but Elmo feared losing it, so they bought it, she said. They raised their two children at home and Cantway still lives there today – with her daughter and son-in-law.

“I’ve been very happy here,” Cantway said. “It’s been quite a while.”

Cantway said she’s seen a lot of history unfold over more than a century — some good, some bad. But the event she considers herself the luckiest about was the Apollo 11 moon landing in 1969. She still remembers watching it on television in disbelief.

“I saw a lot of things,” Cantway said. “I couldn’t imagine at some point anyone going to the moon. I thought it was just impossible to do. It was something in my life.

For about 40 years, Cantway was a member of the HF Racquet & Fitness Club, where she swam until she was about 105 years old. Following a fall in recent years, Cantway’s exercise has been limited but remains a daily habit.

Cantway also exercises his mind regularly. She loves puzzle books and keeps up to date with the latest technology, using them to play games.

News from the southern suburbs delivered every Monday and Wednesday

“I’m really lucky to have my spirit,” Cantway said. “I love the computer, to tell you the truth. I like to play games on the computer, that’s what I do, mainly.

Cantway said she watches the news a bit on TV but isn’t much of a movie buff. She prefers to read at night. And friends often visit in the afternoon, with Cantway sitting on the back porch when the weather permits.

She has visited most of the 50 states, as well as China and Switzerland. And she took cruises to Mexico, Greece and Alaska in her lifetime.

“I love cruises,” Cantway said. “I’ve been to quite a few places.”

Cantway’s family has grown to include six grandchildren and seven great-grandchildren. His family, friends and community helped celebrate his 100th and 105th birthdays with big parties. And while she doesn’t have any major plans to celebrate her 108th trip around the sun, Cantway said she’s sure she’ll enjoy a cake – and maybe a few surprises.

Bill Jones is a freelance journalist for the Daily Southtown.