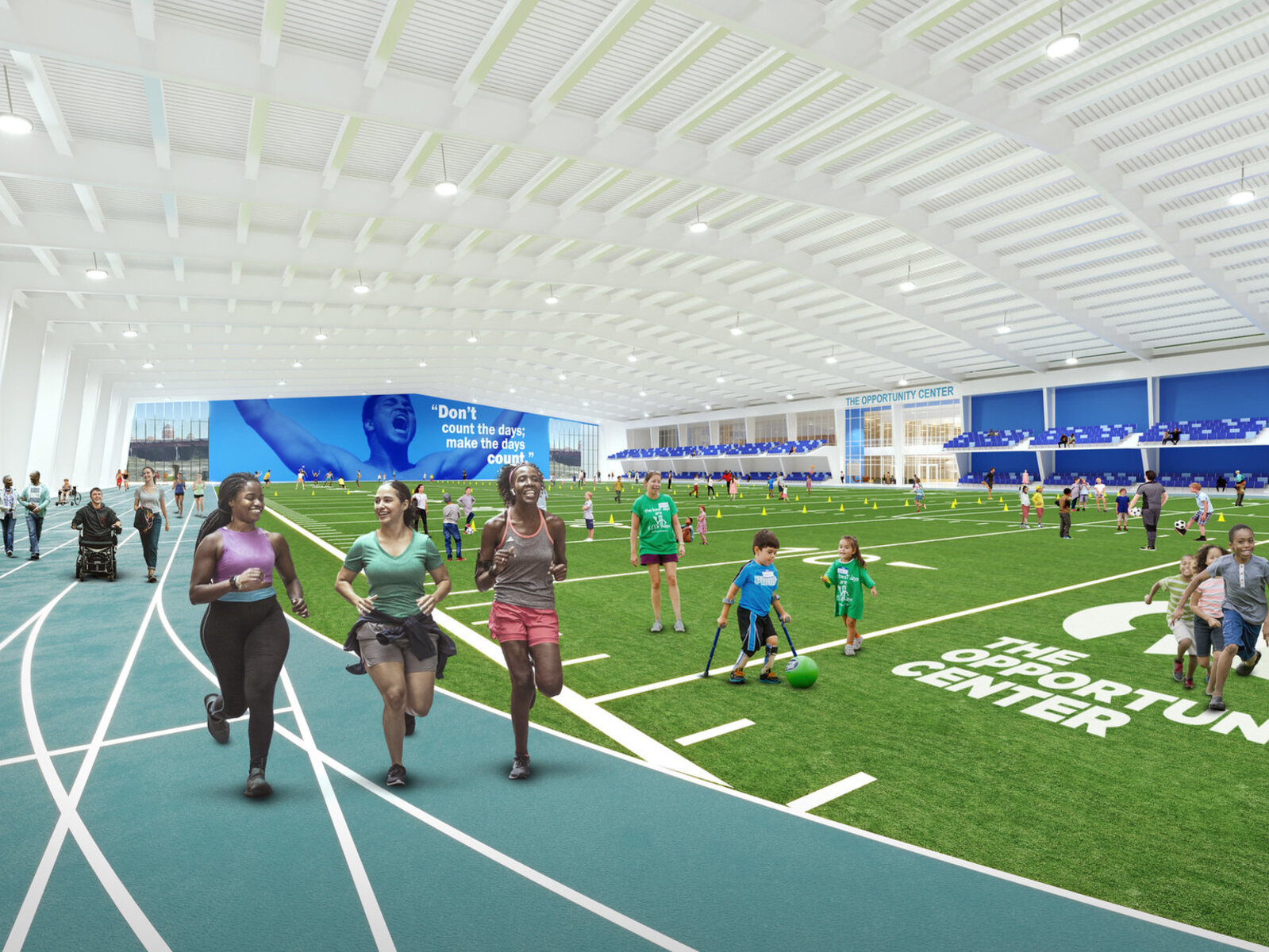 The lack of resources has widened the gaps in wealth, education, achievement and opportunity in the city. David Cooks hopes to help bridge that gap with The Opportunity Center.

Cooks, recently named president and CEO of The Opportunity Center, an $80 million sports complex to be built on the north side of the city, is familiar with the challenges facing the region.

“I grew up in the northern part of Milwaukee, not too far from where our facility will be,” Cooks said. “I think there has been progress, but there hasn’t been a lot of intentional investment in the area either.

“I want to make a real change and create an economic impact that will uplift the community.”

The facility, which will be built on a 22-acre site at 4206 N. Green Bay Ave., will host sports, health and wellness programs while addressing needs such as mentoring, financial literacy and preparation for employment.

“We bring services into the community that we feel are needed,” Cooks said.

Perhaps most important, Cooks said, is that The Opportunity Center was designed to leave no one behind, especially those with physical or mental challenges, including disabilities.

“One of the things that sets The Opportunity Center apart from anything else is that it’s universally designed,” he said. “Anyone of any physical ability can use it.”

Cooks said creating equitable spaces in Milwaukee is crucial because many area residents, including young people, are underserved. People with disabilities, many of whom live in poverty, he said, face even more challenges.

According to US Census data, children living in poverty were more likely to have a disability. Data from the 2020 Annual Digest of Disability Statistics showed that 25% of adults with disabilities in Wisconsin lived in poverty.

Milwaukee County Executive David Crowley said the center will help create equitable opportunities for health and wellness in the region.

“The Opportunity Center will be a great partner for the county in achieving our shared goals in helping children and families of all skill levels play and learn,” he said.

The challenge of living with different abilities is something Cooks, the second of four children, knows firsthand.

At age 15, a blood vessel burst in his spinal cord. The aneurysm led the high school basketball player to lose function under his chest and become a paraplegic.

Despite his disability, Cooks became an author, motivational speaker, basketball and business coach, and teacher, among other important roles.

He thanks his family for helping him through the difficult years.

Now he hopes to create a facility that helps others overcome their challenges and live healthier lives.

“What people don’t understand is that a lot of physically disabled people don’t die from whatever caused their disability,” he said. “It’s inactivity that gives them failing health.”

The Opportunity Center began as a vision of co-founder Damian Buchman, commissioner of the Milwaukee County Commission for the Disabled and founder of The Ability Center, a Wauwatosa-based nonprofit.

Eric Sullivan, a partner at Sports Facilities Companies, the organization that helped develop the project, said Buchman’s vision for the center was for the space to be completely inclusive.

“It really pushed us to think creatively and think outside the box to find solutions to challenges,” Sullivan said.

What he’s created with The Opportunity Center, he said, is unlike other sports complexes that have designated spaces that aren’t universally accessible.

He gave examples of shared spaces at the Opportunity Center that include hallways where wheelchairs, strollers and people walk side by side, fitness centers with accessible equipment and a 300-meter track that will also be shared.

“If you’re designing it for universal accessibility, that doesn’t mean capable bodies won’t use it — it means everyone can use it more,” Sullivan said.

The development and construction schedule is three to five years, Cooks said. A fundraising campaign is underway to support the project and raise funds for scholarships and other resources to ensure no one is turned away, he added.

Cooks also believes The Opportunity Center will spur revitalization in the area. He plans to organize national and international events there.

“The facility is going to be a world-class sports tourism center,” he said.

He also wants to make sure it doesn’t become a gentrification project.

“This is a neighborhood project and if we invest in people the right way, we can have an impact,” Cooks said.