How Your Mindset Can Affect Your Fitness 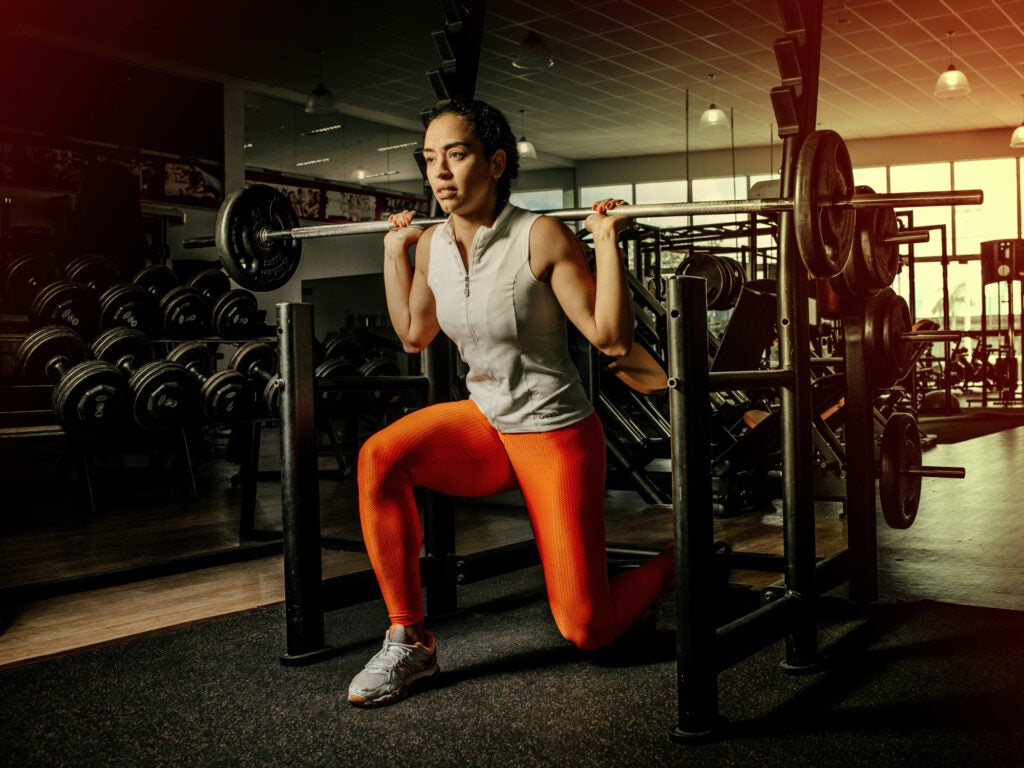 Extract of The Expectancy Effect: How Your Mindset Can Change Your World by David Robson courtesy of Henry Holt and Company. Copyright © 2022 by David Robson.

The power of the mind-body connection has long been known among professional athletes.

The medium and long distance runner Paavo Nurmi (1897-1973) – a nine-time Olympic gold medalist nicknamed the Flying Finn – expressed this by saying, “Spirit is everything; muscles, pieces of rubber. Everything I am, I am because of my spirit.

It is also the philosophy of Eliud Kipchoge of Kenya, arguably the greatest marathoner of all time. “I always say that I don’t run with my legs, but I run with my heart and my mind,” he explained. “What makes a person run more is their mind. If your mind is calm and well focused, then the whole body is in control.

Scientists are now catching up with this thinking. Recent findings may help professional athletes break world records, but they’re even more relevant for reluctant athletes who struggle to maintain a fitness regimen. With the right mindset, even a dedicated couch potato can enjoy more gains and less pain in her workouts.

Much of this new understanding stems from studies of the placebo effect. Consider the research on caffeine, a muscle stimulant believed to improve performance in many sports. In one study, bodybuilders were injected with a bitter-tasting liquid, which they claimed contained a high concentration of caffeine. In reality, it was a dose of decaf, but they still managed to increase the number of repetitions by about 10% above their previous limit.

Other researchers have examined the influence of expectations on participants’ maximal aerobic capacity (VO2 max) – the maximum oxygen consumption during intense exercise. To find out if positive feedback could alter this baseline measure of fitness, researchers at the University of Nevada, Las Vegas asked a group of participants to undergo two VO2 maximum tries. Although the first test was measured accurately, some received false positive feedback on their performance. This resulted in a significantly better result on a second VO2 test a few days later. In other words, a person’s physical form changed depending on the form they thought they were.

Our expectations about our physical abilities interact with our genetic disposition to exercise, according to a paper published in 2019. Scientists first performed a genetic test to determine if their participants carried a certain version of the CREB1 gene, thought to reduce aerobic capacity and increase body temperature during exercise. The test was real, and the researchers kept a record of the results. The result given to the participants, however, was random, creating expectations that they were or were not “naturally” good at exercise. Those with negative expectations showed reduced endurance, with lower airflow into and out of the lungs and transfer of oxygen and carbon dioxide. On some of these physiological measures, expectation effects seemed to exert more influence than the actual gene type.

Some of the most striking expectation effects relate to our perceptions of our fitness outside of the gym. Many daily tasks can strengthen the body, even if they are nothing like a typical workout. According to groundbreaking research, the meanings we attach to these activities can determine whether or not we reap the full benefits of exercise.

The existence of “invisible exercise” should come as no surprise – our understanding of it dates back to the very first study of the benefits of physical activity. Shortly after World War II, British physiologist Jeremy Morris wanted to understand why some people are more prone to heart disease than others.

Men working on London buses proved to be the ideal population to study. Drivers spent most of their day seated, while drivers walked up and down stairs to collect fares and help passengers with luggage. Although a relatively gentle exercise, Morris found that daily activity roughly halved bus drivers’ risk of heart failure.

Morris’ findings inspired a flurry of additional research into the benefits of exercise. The much-vaunted recommendation that we should aim for 150 minutes of moderate exercise (or 75 minutes of vigorous activity) per week can be traced back to these bus drivers. But many of us still don’t know what actually counts as moderate or vigorous exercise, and that’s important when it comes to shaping our fitness mindset.

To compare the intensity of different activities, physiologists use a quantity called “metabolic equivalents” (MET). Moderate exercises are between 3 and 6 METs and vigorous exercises above 6 METs. Many daily activities and hobbies meet these requirements:

How many of us play with our kids or dance the night away without even realizing we’re working out? At the very least, a greater appreciation of these types of activities should cause us to be more positive about our level of fitness – a modified expectation that could reconfigure the prediction machine so that other, more formal workouts are less painful.

More remarkably, this change in mindset could determine the long-term benefits of the activities themselves, according to a study by Alia Crum and Ellen Langer at Harvard. By viewing daily activities as exercise rather than work, we can improve our health.

The participants were cleaners from seven different hotels. Crum and Langer suspected that few of these cleaners would be aware of the amount of exercise their jobs entail and, given the power of expectation to shape our physiology, that this might prevent them from getting the full benefit of their daily workout. To test the idea, the scientists visited four of the hotels and gave the cleaners some information about the types of physical activity that count as exercise, then gave some details about the energy demands of the cleaners’ job, which during of the week, should easily add to the Surgeon General’s exercise recommendations.

A month later, the scientists visited the cleaners again to measure any changes in their health. Although they reported no changes in their diet or an increase in physical activity outside of work, the cleaners who received this information had lost about two pounds each and their average blood pressure had gone from high to normal. The change in expectation – and the meaning that the cleaners attributed to their professional activities – had changed their bodies, while the cleaners of the remaining three hotels, who had not received the information, showed no difference.

This was a relatively small study – and there was always the possibility that after receiving the information, the cleaners put a little more ‘oomph’ into their work. But a follow-up by Crum, who is now at Stanford, and her colleague Octavia Zahrt provides much more compelling evidence that people’s expectations can really influence the long-term benefits of exercise through the mind-body connection. Their study used data from health surveys monitoring more than 60,000 people for 21 years. Crum and Zahrt found that participants’ ‘perceived physical activity’ – whether they felt they exercised more or less than the average person – could predict their mortality risk, even after the researchers controlled the amount of time the subjects said they actually spent exercising and other lifestyle factors, such as diet.

Importantly, some of the participants in these surveys had worn accelerometers for part of the study period, but the influence of their perceived physical activity remained, after the researchers took into account these objective measures of activity. physical. Overall, people who had a more pessimistic view of their fitness were up to 71% more likely to die during surveys, compared to those who thought they were more active than average, regardless of status of their actual exercise routine.

Summarizing the relevant evidence to date, a recent review article concluded that our exercise expectations can shape perceived exertion, mood, self-esteem gains, cardiorespiratory fitness and blood pressure, all important results of any workout.

What could this mean for you

There are many ways to apply these waiting effects ourselves.

The first step is to be honest about your current assumptions. You may have formed negative beliefs about your inherent fitness aptitude, based on bad experiences in gym class; if so, you can try to ask yourself if they reflect an objective truth and remember that everyone has the potential to improve their fitness, regardless of the baseline.

Second, you can try reframing the sensations of the exercise itself. For many people, being out of breath and sweaty triggers negative thought patterns, the belief that you are “hopeless” and “weak” and that you are doomed. Instead, remember that aches and pains are a sign that you’re building muscle strength, increasing blood flow, and expanding your lungs.

Third, you should avoid “upside comparisons”. Instagram and TikTok are full of “fitspiration” accounts, but studies suggest viewing these images before a workout can lead to poorer body image and a greater sense of exertion during exercise.

We can’t perform immediate miracles by applying this research, but even modest waiting effects can make it easier to meet your fitness goals. The end result will be a longer, happier and healthier life – a much better prize than a gold medal.

David Robson is an award-winning science writer based in the UK. A graduate of Cambridge University, he previously worked as an editor at New Scientist and a senior journalist at the BBC. His writing has appeared in the Guardian, Atlantic, Men’s Health, Psychologist, Washington Post and many other publications. His first book, The intelligence trapwas published in 2019 and has been translated into fifteen languages.

To buy The Expectation Effect: How Your Mindset Can Change Your World here.