Interactive clothing that can make you a better athlete 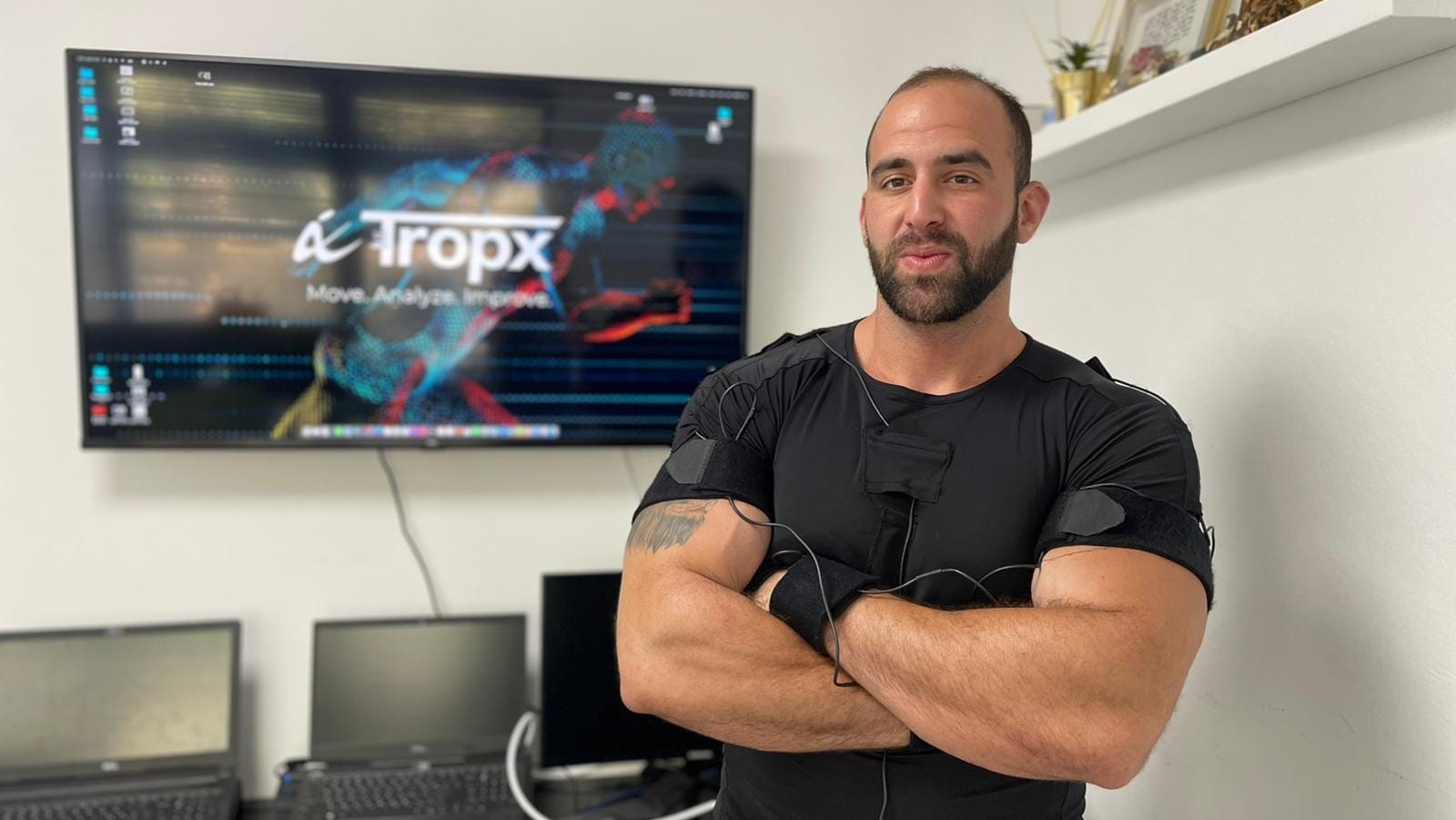 A fitness and krav maga instructor from Haifa is interested in how athletes train.

Salay Haim Raveh’s start-up, Tropx, has designed innovative sportswear with built-in sensors connected to an app that can improve performance and prevent injuries.

Raveh, who just turned 30, was a fitness instructor in the Israeli army and a graduate of the Wingate Institute for Physical Education and Sports.

For 12 years he worked as a personal trainer. But although he closely watched his clients as they worked out, “I had no idea what was going on in their muscles, joints and tendons.”

“I had the idea for sensors in sportswear and Nadaf worked on the concept,” Raveh said. “I saw the need to connect what was going on inside people’s bodies with the exercises they were doing in the gym.”

“The body is very complicated,” Raveh tells ISRAEL21c. “I wanted to develop a system that would help people train and maximize their performance.”

If movements are incorrect, real-time visuals allow users to adjust their movements based on individualized feedback. The information is also evaluated according to the weak points and the sporting objectives of each athlete.

He also participated in the 8200 IMPACT accelerator program for Israeli tech startups that aim to solve important social and environmental problems through cutting-edge technology.

Raveh then founded Tropx in 2020 with a small group of sports enthusiasts and engineers, including his childhood friend, Gal Abir, who grew up with him in the same building in Haifa.

“Gal got a dual degree in math and computer science from Technion, so I knew he was smart and responsible,” Raveh said, signing Abir as chief technology officer.

Waterproof and made to travel

Raveh’s goal is to manufacture performance sportswear with sensors that transmit information to the wearer as well as trainers and coaches.

For example, he said, a coach monitoring a football practice would receive an alarm that “player No. 8 is at risk of pulling his hamstring”.

The coach can then send the player to a gym where he can do a workout “not to build muscle but to make him a better football player on the pitch”.

There are other sportswear items that now have camera monitors, “but you can’t run with them and you can’t swim with them.” Raveh’s sensors will be waterproof and made to travel.

“It’s a holistic approach to improving athlete performance in all types of sports,” Raveh said, adding that Tropx will test its technology on Maccabi athletes by the end of 2023.

From left to right, Professor Ella Been, Salay Haim Raveh with Gal Abir on his back, Hayim Makabee, Dekel Nadaf, Aviv Yehezkel. Photo courtesy of Tropx

Abir says the company aims to develop algorithms for more than 100 different exercises. R&D is conducted under the direction of Professor Ella Bean, Head of Athletic Therapy at Ono Academic College; and Hayim Makabee, a software developer.

Raveh located his office near the port of Haifa, which “has become the northern hub for startups,” he said. He is the first person in his family to become an entrepreneur.

It’s hard not to notice his muscles. He trains hard in the gym and makes it a priority to stay in shape.