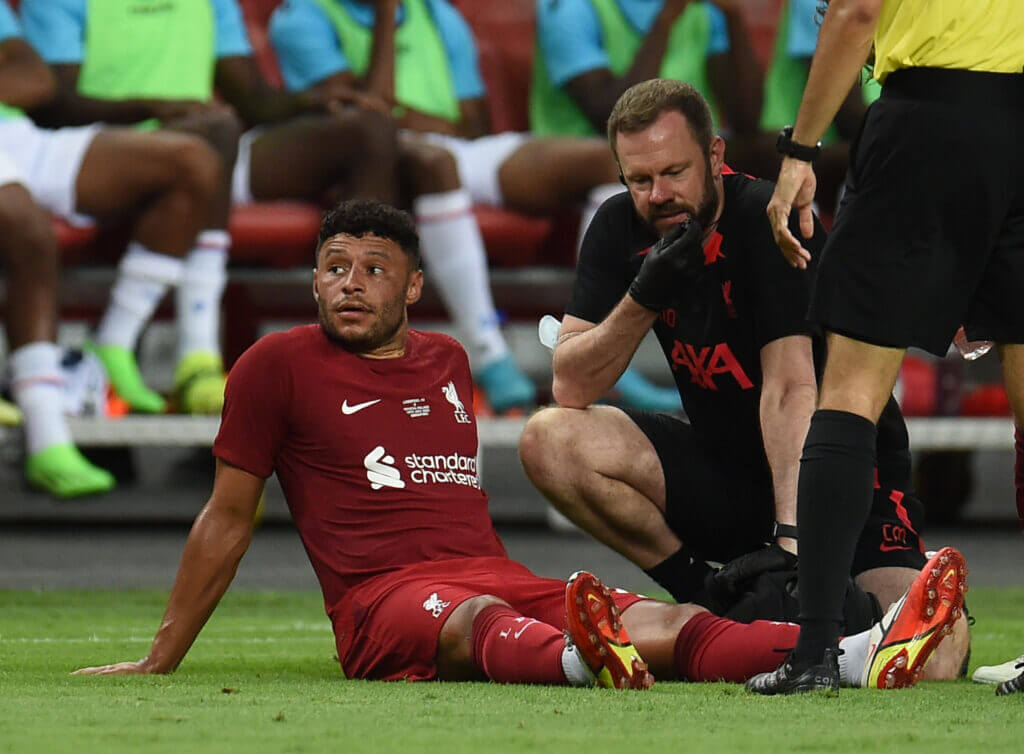 Liverpool midfielder Alex Oxlade-Chamberlain is not expected to play until October due to a serious hamstring injury.

The England international has been sidelined since limping off in the club’s pre-season friendly against Crystal Palace in Singapore on July 15.

Scans then confirmed Liverpool’s worst fears with Oxlade-Chamberlain, who is out of contract next summer, set to be out for between two and three months.

It’s a devastating setback for the 28-year-old who was desperate to impress Jurgen Klopp after falling out of favor in the second half of last season.

Oxlade-Chamberlain’s long absence is unlikely to see Liverpool enter the transfer market, with Klopp currently happy with the midfield options available to him.

“With Oxlade it will take longer (than a few weeks), it’s a serious hamstring injury,” Klopp confirmed. “A hamstring – we all hate that word but it’s an injury and it happens from time to time and now Ox was the one. Does he need surgery? No.”

Goalkeeper Caoimhin Kelleher, who missed Liverpool’s entire pre-season schedule with a groin problem, should be back to full fitness by mid-August.

Alisson is currently close to full fitness after an abdominal injury but Klopp has said the Brazilian will not be in danger in Saturday’s Community Shield against Manchester City at the King Power Stadium in Leicester with Adrian on the MPs.

“Caoimhin felt something after the international game, but everyone told him ⁠⁠—the medical service there ⁠—it’s okay and it will be good after the holidays,” Klopp added.

“He came back and in the first training session he felt it again. We checked it and it was not good. I think Caoimh will have another two or three weeks and then he should go good.

‘Do you like watching pain?’ – How Liverpool are preparing for Community Shield after a grueling pre-season