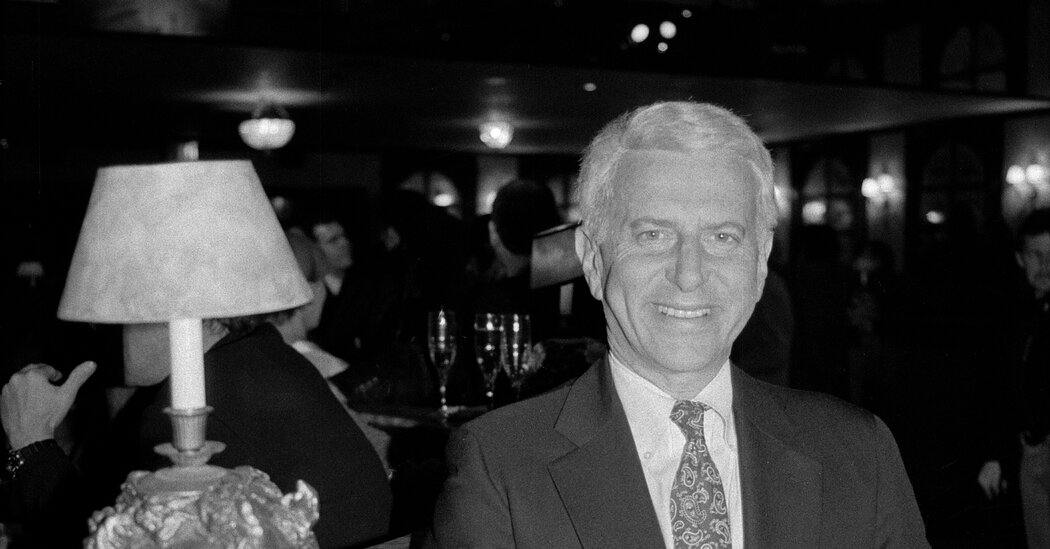 Mark Fleischman, who presided over the raucous and drugged denouement of Manhattan’s celebrity-studded Studio 54 nightclub in the early 1980s, died in Switzerland on Wednesday. He was 82 years old.

His wife, Mimi, said the cause was assisted suicide.

Since 2016, Mr Fleishman had been hampered by an unidentified degenerative condition which eventually left him unable to walk or dress and impaired his speech. He died at a clinic near Zurich run by Dignitas, a non-profit organization that helps people with terminal illnesses or serious physical conditions end their lives.

“At 82, I decided, why keep it a secret? I’m not afraid of anything. Not even death,” he said in an interview with The New York Post last month in which he described his decision to go to Dignitas.

Mr. Fleischman, hotelier and restaurateur, bought Studio 54 from its founders, former classmates Steve Rubell and Ian Schrager, who had alchemized sex, drugs and fame to turn a former West 54th Street television studio into a nightclub legendary. They opened it in 1977 and ran it until 1980 when they were convicted and jailed for tax evasion and Mr. Fleischman took over.

“The reality is that I was deeply seduced by the idea of ​​controlling the most important nightclub in the world,” Mr. Fleischman wrote in a memoir, “Inside Studio 54” (2017), “and I proceeded head down and reckless towards that end.”

“I became the owner of Studio 54 in 1980,” he wrote, “and from the first night we opened in 1981, I was swept up in a world of celebrities, drugs, power, and sex. Studio 54 was part of a trip I was supposed to take that nearly killed me.

Three years after the nightclub reopened, with the onset of AIDS and the influx of crack cocaine, the novelty is waning and Mr. Fleischman, the self-proclaimed “ringleader” of the night circus, is exhausted. He checked into the Betty Ford Center in Rancho Mirage, Calif., for rehab and sold the club in 1984. (The new owners closed it two years later.)

Mark Harvey Fleischman was born on February 1, 1940 in Manhattan and grew up in Great Neck, Long Island. His father, Martin, a Romanian immigrant, was a furrier and hotelier. His mother, Sylvia (Zausner) Fleischman, was a homemaker.

Mark was 10 years old when his parents took him to Copacabana nightclub in Manhattan. “It colored my world forever,” he wrote.

After graduating from Great Neck High School, he graduated from Cornell University School of Hotel Administration in 1962. He served two years in the Navy managing an Officers Club and, with a loan from his father, purchased the Forest Hills Inn, a historic early 20th-century hotel in Queens.

He also operated Manhattan restaurants A Quiet Little Table in the Corner and Robata, as well as Vermont ski resorts.

Mr. Fleischman then opened Tatou, a supper club in Manhattan, the success of which led him to establish branches in Los Angeles, Las Vegas, Tokyo and Aspen, Colorado.

He then moved to California. He and Daniel Fitzgerald operated the Century Club (a nightclub with multiple restaurants) in Los Angeles beginning in the 1990s; later, together with his wife, he opened several fitness clubs. The couple lived in Marina Del Ray, California.

In addition to his wife, Mr. Fleischman is survived by a daughter, Hilary, from his first marriage; two stepchildren, Adam and Juliette; and a grandson. His first marriage, to Laurie Lister, ended in divorce.