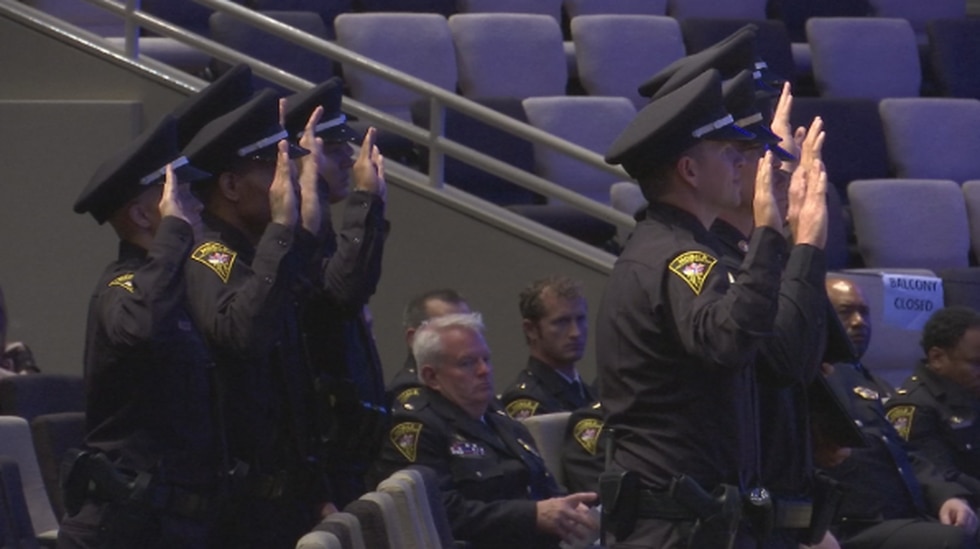 MOBILE, Ala. (WALA) – Standing at attention and in full uniform – 18 new officers join the best in Mobile and all that goes with it.

“May our mayor and this administration firmly support you in carrying out your day-to-day duties and responsibilities,” said Lawrence Battiste, Director of Mobile Public Safety.

After 21 weeks of training – Mobile Police Academy Class 68 – is ready to make a difference.

“A lot of times I hear from people in the community — who say — that I wouldn’t be a cop today — no way am I going to be a cop in today’s climate. But in my 28 years career, I can’t think of a better time than today,” said Mobile Police Chief Paul Prine.

By taking an oath – a promise to protect and serve – they go from civilian to officer.

“My reason is that I want to do something with a purpose. I want to give back to the community and I want to have a job and a career where my children look up to him. I have two young children and it means a lot to me to to be here today,” Constable Matthew Cooper said.

“Treat everyone with the same respect you would want or I would want someone to treat my family. So answer every call with the same energy – with the same anticipation – you know they might be having a bad day , but you might be brightening up that day,” Officer Aaron Holder said.

“Certainly more officers on the streets are doing nothing but helping to reduce the violence that you see here today… And we hope to release numbers very soon that show we are trending down “, Chief Prine said.

New officers now go through three months of on-the-job training in different precincts before being assigned to their patrol cars and the final precinct.

The mobile police service has a budget of 491 officers. Chief Prine says they continue to try to fill vacancies.

The following awards were also presented at the graduation ceremony: