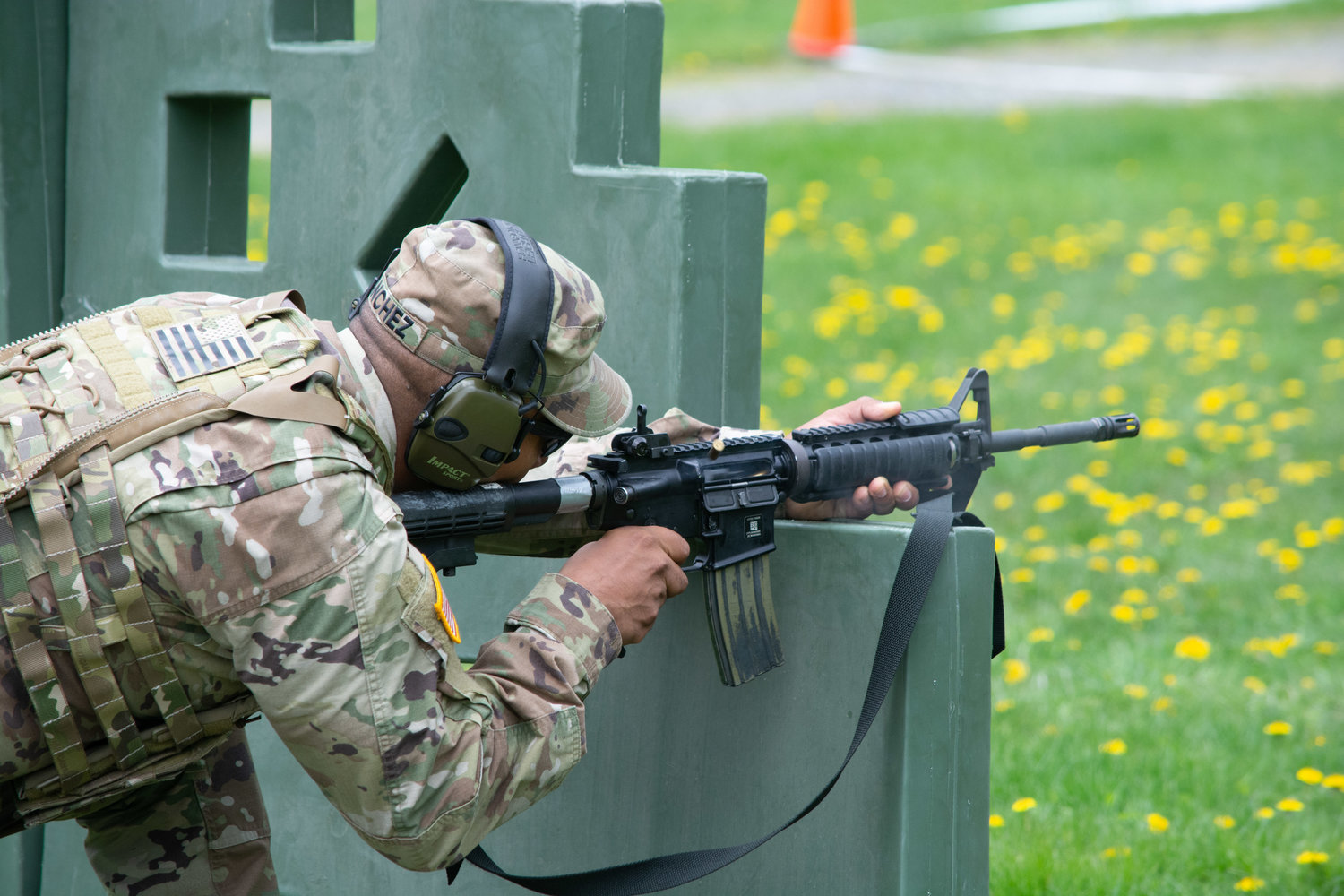 CORTLANDT MANOR – Nine New York National Guard soldiers from across the state compete for the title of “best warrior” in an annual competition at the Camp Smith training site in Cortlandt Manor (in Westchester County) this week.

Soldiers represent the major commands of the New York National Guard and compete in two categories:

Soldiers at the rank of Specialist or Private compete against each other;

Sergeants, Staff Sergeants, and Sergeants First Class compete to see who is the best NCO.

The competition, which started on Sunday, tests soldiers’ physical fitness, marksmanship, military knowledge and military skills and runs until Saturday.

Soldiers entering the state competition have already won similar contests at battalion and then brigade level. The winner of the New York contest will face the winners of the Northeast’s Best Warrior. The winner of this contest goes to a national event. For the past four years, New York National Guard soldiers have won the regional Best Warrior event and competed nationally.

“Units from across the New York National Guard select their best, most motivated soldiers to compete in our Best Warrior competition,” said New York National Guard Command Sgt. Major David Piwowarski. “We will assess this motivation through a range of assessments, ranging from the soldier’s tactical knowledge, skill, physical fitness, marksmanship and skill proficiency. These soldiers represent some of the best uniforms in New York.

Competitors will attempt to achieve their highest score on the Army Combat Fitness test which assesses a soldier’s ability to physically perform in combat.

Soldiers are also tested on their knowledge of military justice, military current affairs and history, security and intelligence operations, military courtesy, leadership, advice and how to deal with chemical and biological weapons. Participants are quizzed on their military knowledge by a panel of senior sergeants who rate them on their ability to handle stress and their military appearance.

They are ranked by their ability to handle practical military tasks – such as mine setting, first aid and grenade throwing – as well as their ability to fire the M-4 rifle. Competitors must qualify with their assigned weapon and also perform well in the “Stress Shoot” event which involves firing multiple different weapons.

Soldiers also have the chance to earn the German Armed Forces Proficiency Badge, which involves a few extra tests like pistol shooting and swimming in full uniform. In the final event, soldiers will participate in a 12-kilometre road march carrying a 35-pound bag and their weapons.