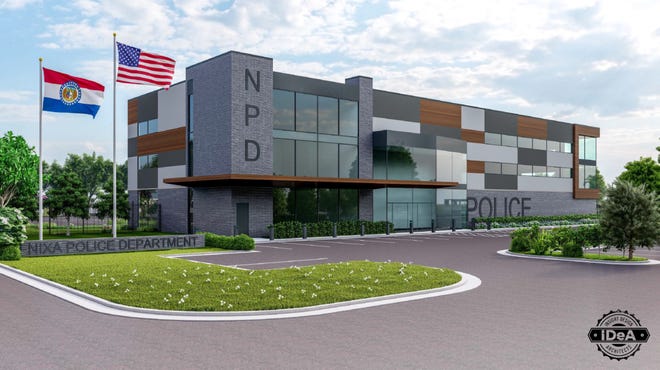 In the November general election, Nixa voters will decide on a proposal to raise the 1-cent sales tax to fund Nixa police and parks. The city would devote all new revenue from the tax increase to public safety and recreation.

Nixa City Council voted this week to send the issue to voters. Nixa City Administrator Jimmy Liles and city staff, including Police Chief Joe Campbell and Parks and Recreation Director Matt Crouse, proposed the measure as a solution to the growing pains felt by the police department and the parks and recreation department.

“We just can’t stretch our current income far enough to afford these projects. We’ve been frugal. We’ve stretched our dollars as far as they can go. To keep up with the growth of the community and invest in these projects, we will need more income.

According to Liles, the city currently spends more on policing than it brings in annually through general sales tax revenue — taking in $3.4 million in sales tax in 2021 while spending $3.7 on policing. public safety the same year.

The police department requested six additional officers in the 2022 budget, but the city could not afford to add any of those positions.

If the tax hike is approved, the city will hire at least 11 additional police officer positions over the next 5 years, build a larger police department headquarters, and construct a large indoor sports complex. The funds would also be used to add more trails and equipment to the parks, expedite plans to repair and improve existing park facilities, and keep pace with rising costs for police and park operations.

The Nixa Police Department currently has 43 officers and six civilian employees. In his statement regarding the tax increase, Liles says city projections show Nixa needs a total of 80 officers by 2040 to meet growing demand.

If passed, Nixa would build a new 3-story police headquarters, which would occupy the NPD parking lot and utility billing facility on the current municipal government campus. Billing for public services would be transferred to the town hall.

“The three-story building would have two completely finished floors to meet our current needs, and the third floor would have an unfinished interior to save costs until department growth requires more offices to be filled at a time. given over the next 20 years,” Liles wrote.

After moving into the new building, the current police station would be demolished. The project is estimated at around $13 million.

Sales tax money would also be used to build an 80,000+ square foot indoor sports complex that includes regulation-size indoor basketball courts. The facility would also include a fitness center and indoor grass court.

The city’s proposed facility has an estimated price tag of $25 million.

Andrew Sullender is the local government reporter for the Springfield News-Leader. Follow him on Twitter @andrewsullender. Email tips and story ideas to [email protected]