No Benzema and with Vinicius in the lead 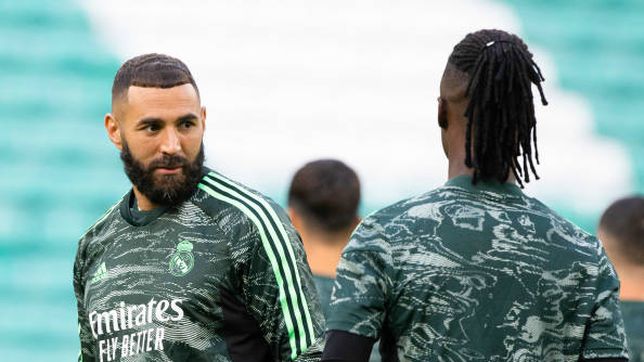 Real Madrid travel to the Civitas Metropolitano with Vinicius firmly in the spotlight but without Karim Benzema as the footballing world tunes in for Sunday’s derby. Carlo Ancelotti will have to manage without his star striker against Atleti. The French player didn’t train with the rest of the group today – the last session before Madrid face Atlético. It’s a game Benzema had hoped to play and had even tried to get back into shape, but the club’s medical department had other ideas – insisting he would only return once the bursitis in his knee subsided. In the end, time is running out for Benzema.

It means the onus of scoring goals will fall on Vini, who faces extra pressure during a week in which he has been criticized for his Bailone Party – especially in Brazil where it was taken as a sign of racism. It was serious enough to motivate Real Madrid to issue an official statement explaining what happened and expressing their support for the Brazilian star.

On a more positive note, Militão has confirmed that he is now back fully fit and can play against Atlético. Lucas Vázquez is not so luckywho trained this morning but outside the group and alongside the physical trainer.