PHOTOS: A ‘harmful’ house in East Rockingham set on fire during a fire training drill 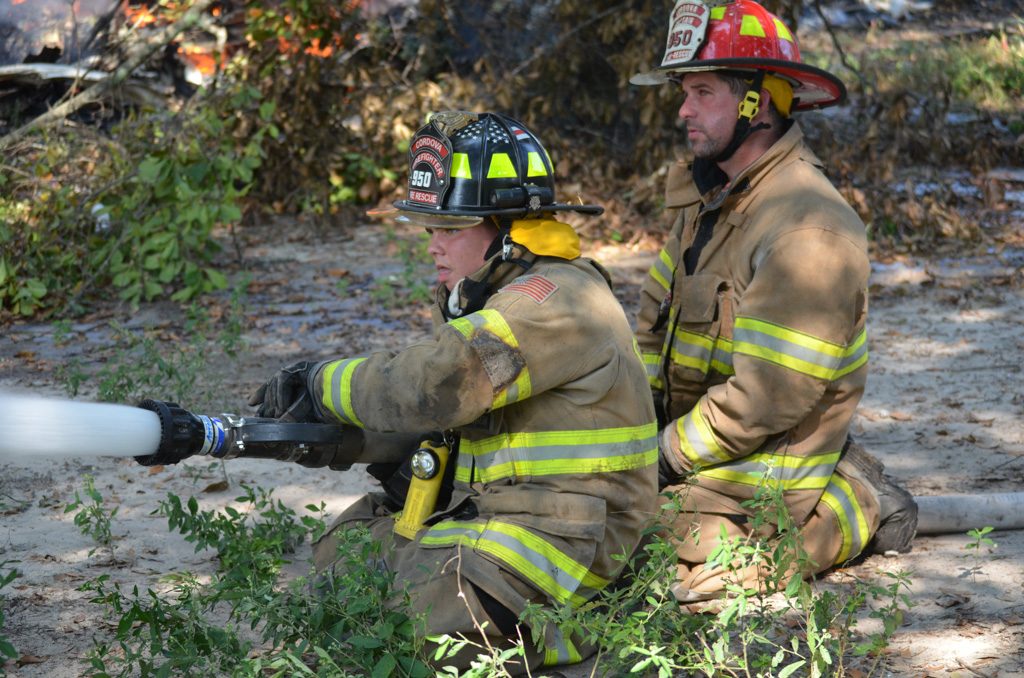 ROCKINGHAM — An old “nuisance” house went up in smoke on Saturday morning as firefighters used it for training.

The property, at 130 South Street, was set on fire for a live-fire training exercise by the East Rockingham and Cordova Volunteer Fire Departments.

ERFD chief Bill Bayless said there were also a few from the Hamlet formation.

Seasoned firefighters gave junior firefighters advice on how to attack the flames and prevent surrounding areas from catching fire.

In addition to the main house, there was also a large storage building at the rear.

Bayless said fire departments must obtain state and EPA approval before using a home for training.

“And when all that paperwork is done, we’ll plan a day to burn it,” he said.

Chapter 19 of the North Carolina General Statutes defines harmful properties as those used for prostitution, gambling, possession or sale of controlled substances, illegal alcohol, or lewd or obscene material.
Property is also considered a nuisance if it constitutes a “breach of the peace” through repeated acts.

Richmond County Sheriff Mark Gulledge said in a news release in late March that the home had been “a problem for years, leaving the community living in fear and constantly draining emergency services and force resources. of the order”.

Gulledge added that the owner had been cooperative in the process and expressed “the hope that this successful resolution will ensure the community returns to a more peaceful life”.

According to the order, the property was to be vacated by May 3.

“Mike Burns has done a really good job on these dilapidated houses around East Rockingham, and we really appreciate it,” Bayless said. “He condemns them and gets rid of them.”

Burns, a former deputy, is now a law enforcement officer for the county and sits on the board of directors for the ERFD and the Northside Volunteer Fire Department.

At around 11:30 p.m. Friday night, Bayless said there was a fire at an abandoned house on Wilson Street, which had already burned down in December 2021.