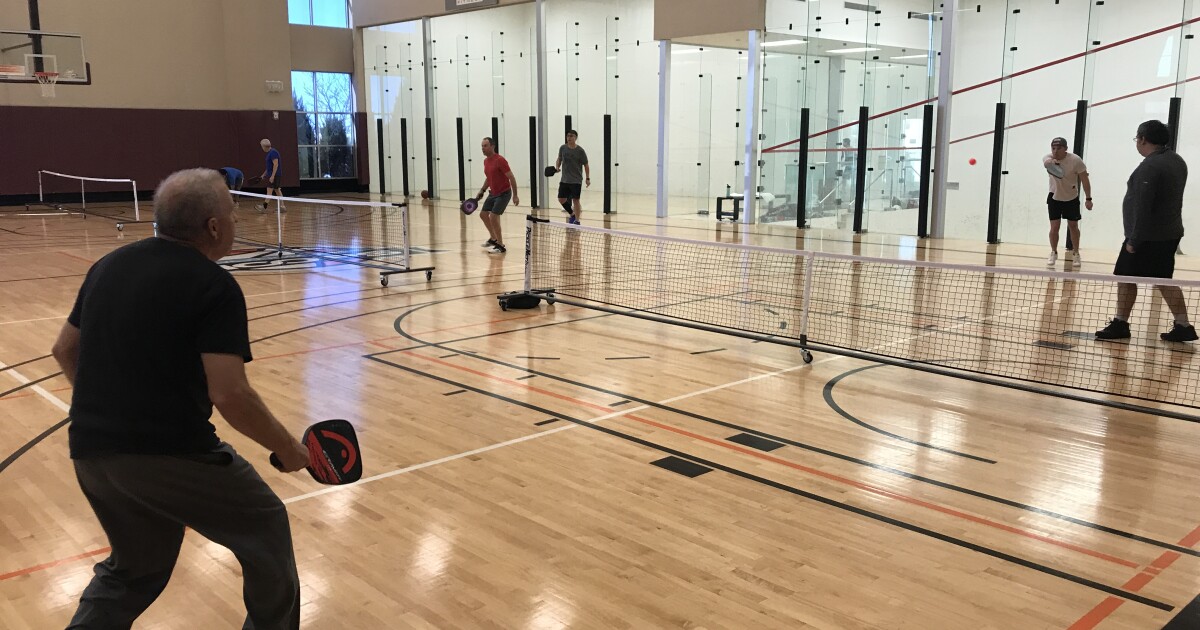 OVERLAND PARK, Kan. – From public parks to restaurants, community centers and apartment complexes, pickleball courts are popping up all over the Kansas City area.

Information from the USA Pickleball Fact Sheet 2022 showed that the average age of a pickleball player fell below 40 in 2021. The estimated number of players in the United States increased by 39% in 2021 compared to 2020, reaching almost 5 million. Experts said these trends mean the sport will only grow.

“I wanted to come see, just see what it was all about,” said Shelia Sommers, who first played at a Life Time gym in Overland Park six months ago. “Just come once or twice and you’re hooked.”

Kat Tomlin has been playing longer. She coaches the sport and co-hosts a podcast about pickleball called “In a Pickle”. She said the COVID-19 pandemic is one of the reasons the sport has grown. She pointed out that it is relatively safe from COVID transmission as it is contactless and mostly played outdoors.

“All your cares and problems are just a little far away [when you’re playing]“, added Tomlin.

There are several other reasons the sport is growing in popularity: it’s easy to learn, fun to play, provides good exercise, and creates a social environment.

“Once you plant the seed, it’s word of mouth and it spreads very, very quickly,” said Casey Parnell, pickleball coordinator for Life Time at Overland Park. “I’d love to take credit for that, but I think that’s just the natural state of pickleball. It just grows like that on its own.”

Life Time, officially known as Life Time Fitness, is fully commit to pickleball. Almost all of its locations across the country now have some sort of pickleball program.

“We want to be the ones who shamelessly promote pickleball,” admitted Ajay Pant, senior director of racquet sports for Life Time.

He said Life Time is working behind the scenes to help create a uniform accreditation process for pickleball coaches and make the sport even more accessible.

“You can’t leave this to chance, this is where you can totally mess up the whole industry before it even gets going,” Pant said of his team’s involvement.

From Lenexa, Kansas to Freedom, Missouriseveral municipalities have added outdoor pickleball courts to their parks since 2019.

Chicken N Pickle, a restaurant and pickleball hall, which opened in North Kansas City in 2016, opened a location in Overland Park in November 2021. It has four more locations across the country, with three more under construction . Leagues play at their venues almost five nights a week.

Others understood the success of Chicken N Pickle. SERV is under construction in the Overland Park Headland Development. 54th Street Grill & Bar added pickleball courts to its Zona Rosa restaurant in 2021. The sandbox, known for volleyball, now offers pickleball space at its location near the former Metro North Mall. the Oak Ridge Family Social Club is set to open this summer in Kansas City’s Northland with six pickleball courts. Overland Park rezoned land this month for a new apartment building, and Block Real Estate plans to build in the former SouthGlen movie theater near 121st Street and Metcalf Avenue. Included in the preliminary drawings is a pickleball court for apartment residents.

Each new venue provides more space for the sport to grow.