Planning to lose weight, Samantha Harris has found a love for weightlifting and bodybuilding – Baltimore Sun 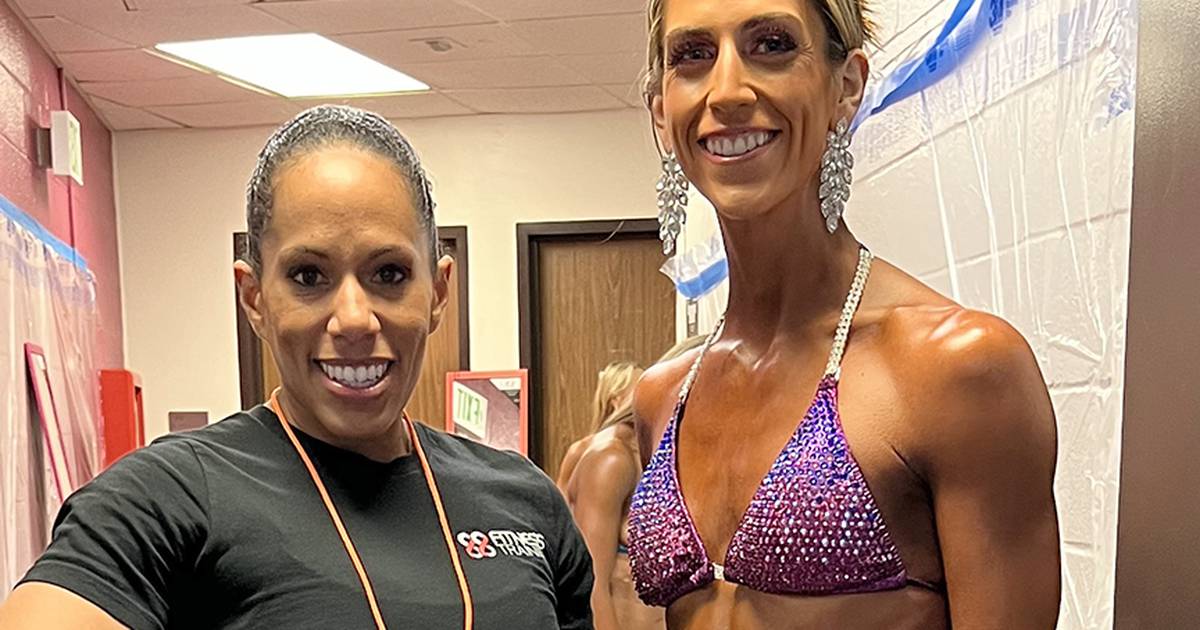 Three or four years ago, Samantha Harris, now a 29-year-old Belcamp resident, had a life-changing moment.

Disliking the bodyweight she was approaching, Harris began a journey to lose weight. However, the journey took another direction, introducing him to the world of bodybuilding.

“Initially I started to lose weight, I didn’t feel too comfortable in my skin. I decided that one day I woke up and reached a weight that I didn’t never thought I’d see, which was 200 pounds,” she said. “I was two pounds lighter than that and decided that was the day I would make a change. So, I started hitting the gym regularly, just doing cardio like a typical young millennial would.

Fast forward to January and Harris followed a strict 16-week diet and exercise regimen to be ready for her first bodybuilding competition, the Catonsville Conquer on May 7.

Harris worked hard before she was ready to compete.

Harris says she saw girls she graduated from college with lift weights and it was something she had never done before.

“I took a bodybuilding course in high school, just as an extracurricular, just to get the credits,” Harris said. “I decided to pick it up and give it a try, so I went to Planet Fitness and decided to watch some videos and teach myself how to lift weights and fell in love with it.

“I got to a point where I was happy with my progress, happy with my body, but I’m a very goal-oriented person so I needed something else to work on.”

“I started asking around to see if anyone knew anyone in the area, in regards to a trainer or even a powerlifting gym. I knew I wanted to train more with weights, take it to the next level, but I just didn’t know how or when,” Harris said. “I was introduced to a couple who own their own personal training business in Churchville.”

Harris has connected with 88 Fitness Training and trainer Camille Houston.

“I went to them to find out if they thought I was a potential competitor or if I had potential,” she said. “They saw some potential, so I started training with her once a week for a few months and we started my 16-week preparation in January, and I just competed last weekend for my first time.”

The first time was May 7, and Harris had a winning experience.

“I came home with three trophies having never competed before and I’m looking to make it a hobby that sticks,” she said.

Harris says the classes are generally separated by height, and not necessarily by weight. Harris is 5-foot-6½ and she says the lean stage weight is something you can’t maintain, but she was down to 123 pounds for the event.

“Currently sitting around 128 I think, 129,” Harris said. “Admittedly, when we started training I was around 140, so in three years I lost potentially 50-60 pounds before the competition.”

Days of the week

Harris says a comfortable weight for her is 135 to 140 pounds.

To compete, competitors wear some sort of bikini which could add to the nerves. Not so much for Harris.

“It’s a little flashier than a typical beach bikini, but people judge me for how I look, in terms of how overweight I am now, that’s one of my biggest fears over the years. last two years,” she said. “I’ve been very conscious of my appearance and of other people judging you based on how you look, whether it’s in clothes or on the beach.

“So this competition was my way of overcoming that. When I got on that stage, my coach, I give him all the credit, prepared me like no other. I wasn’t nervous, I had the most confidence I have ever had in my entire life. I was in the best shape of my life physically, but also mentally. I was in a good mental position, I just had confidence. No nerves in the everything, because I was so confident in my mental and physical state, I shook it off. I just feel like a totally different person, for the better.

With one competition under her belt, Harris says she plans to keep going.

“I never thought I could stick to a strict diet for 16 weeks or a strict exercise regimen for 16 weeks. Every calorie that was going into my body had to be accounted for. Every minute of training” Harris said, “I’m looking to compete again, but probably not for another year.”

For others who might be struggling with weight, Harris offers this: “One thing I’ve learned is that you’re going to be your biggest critic, but you’re also going to be your biggest competitor. It was never about me competing with someone else, it was me versus me. It’s what I can challenge myself to do and how far I can push my limits,” she said. “The only limits you have are the ones you impose on yourself.”