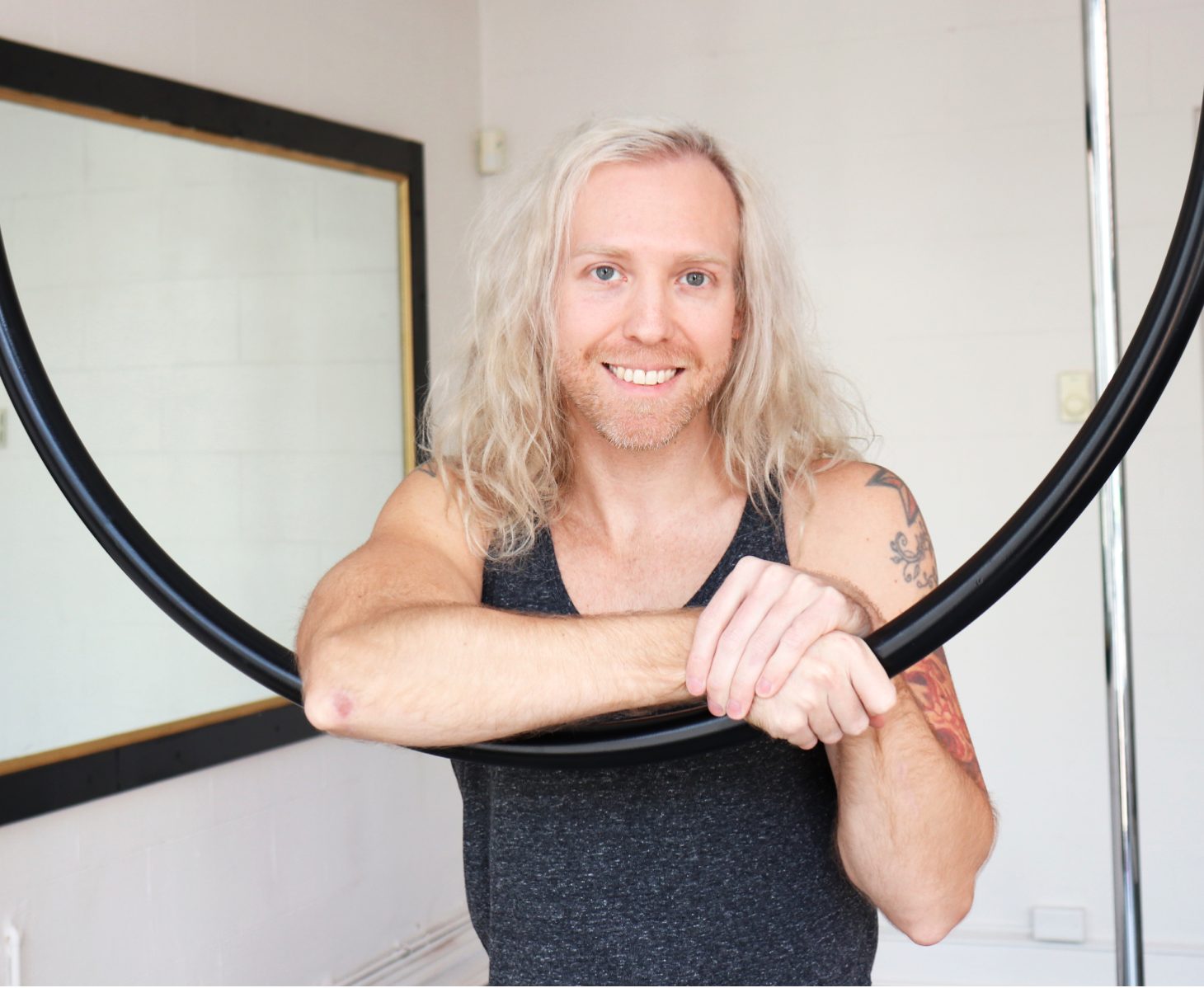 You may have spotted Mikee Bentz in Negley or Reservoir Park, City Island or even on the grounds of the State Capitol.

It’s hard to miss when he pulls out his 10-foot-long portable pole, and suddenly he grabs it, twists and turns, all muscle and his long, platinum blonde hair.

Maybe you’ve seen him commute to work with dedication on his bike, which Bentz said he does about 350 days a year.

Or he may have shampooed, trimmed and highlighted your hair in his salon chair at Metro Mikee’s in downtown Harrisburg.

Now add one more to the list of places you might see him – at his new aerial arts studio that recently popped up on North Street.

Metropolis opened in November for new and experienced students to learn the sport that Bentz has mastered over the past eight years.

“I always call pole dancing gymnastics, but from the side,” he said. “Anyone of any fitness level, any skill level, any age, any gender can become excellent at pole dancing and aerial arts. “

Bentz knows there are misconceptions around pole dancing and the aerial arts, but he brushed them off, saying his studio is focused on athletics.

“People still call it the stripper pole,” he said. “No one takes their clothes off in my studio.”

Bentz, a native of central Pennsylvania, grew up in a military family, which meant moving around a lot. He already felt different and faced bullying for being a member of the LGBTQ community, so it was even harder that he was often the new kid in school.

“I could either be the new kid in each of these friendless schools because I was too shy, or I could be the new kid that just came out and made friends,” he said. “So, I fought a lot of my insecurities.”

Later, he began experimenting with cosmetology by practicing intricate nail painting designs on friends. Bentz had never cut his hair before, but when his cousin asked him for a cut, he took a chance. He admitted that he mostly faked shearing sounds, cutting as little as possible, but she stood up, declaring it was the best haircut of her life. Soon after, he enrolled in cosmetology school.

In 2016, Bentz opened Metro Mikee’s salon, just up the block from where he would later open Metropolis.

In addition to beauty, Bentz has discovered a passion for fitness over the years. He frequented the gym with friends, strengthening his body through weightlifting.

When Bentz was introduced to pole dancing eight years ago, it seemed like the perfect fit.

“I could take everything that was already who I was and just express myself in this new way that I literally had no idea was even a thing,” he said.

In 2015 he bought his signature portable pole and, in his own words, “the whole world became my gym”.

While that may still be true, Bentz now has his own space to practice his skills and teach his students in Metropolis.

It offers eight-week courses for beginners who want to try pole dancing specifically or the aerial arts more broadly, which includes learning skills on the pole, aerial hoop and aerial silks. From there, he has the choice between intermediate classes.

Harrisburg resident Bryanna has many friends involved in the aerial arts and she’s always wanted to give it a try, she said. So after coming across Metropolis while walking around the neighborhood, she decided to enroll in a class.

“I felt a little nervous,” said Bryanna, who is in her early 50s. “But Mikee was super warm and welcoming. I was totally excited after the first lesson.

In just a few months, Bryanna was able to pole climb, spin, and participate in choreographed dances.

“Even after the second lesson, my friends were super impressed,” she said. “I really improved a lot”

Bentz explained how everyone is welcome in Metropolis. People of all fitness levels and ages can be successful.

His passion for acceptance is something he says lives up to his name.

“I’m Mikee with two Es and the two Es represent the environment and everyone,” he said. “Those are my two biggest causes and commitments. I try to do everything to be as kind to the earth as possible. I also try to use unconditional love.

It’s something Bentz hasn’t always felt from others, but, through self-exploration and self-care, he said he’s now able to share it.

“It’s really in tune with myself and my own wellness and health journey, and then I can be able to use those tools to help others,” he said.

Beyond the physical improvements, Bryanna found that pole dancing gave her time to unwind mentally.

“You get the muscle movement, but it’s graceful,” she said. “It gives you a chance to break away from life and work.”

She plans to continue taking classes and has recommended the studio to anyone interested in the aerial arts.

Although Bentz has had a number of dedicated students since it opened, he hopes more people will try the sport. It’s not easy, but anyone can try, he says.

“Done is better than perfect,” Bentz said. “Just show up for your first class, it doesn’t have to be perfect, but it’s done. Now you can move up to classes 2 to 1,000, and we’ll see where we go.

Metropolis is located at 202 North St., Harrisburg. For more information and to register for classes, visit www.metropolishbg.com

If you like what we do, support our work. Become a friend of TheBurg!