Rafael Nadal pictured training in the gym, raises hopes for a quick return to action 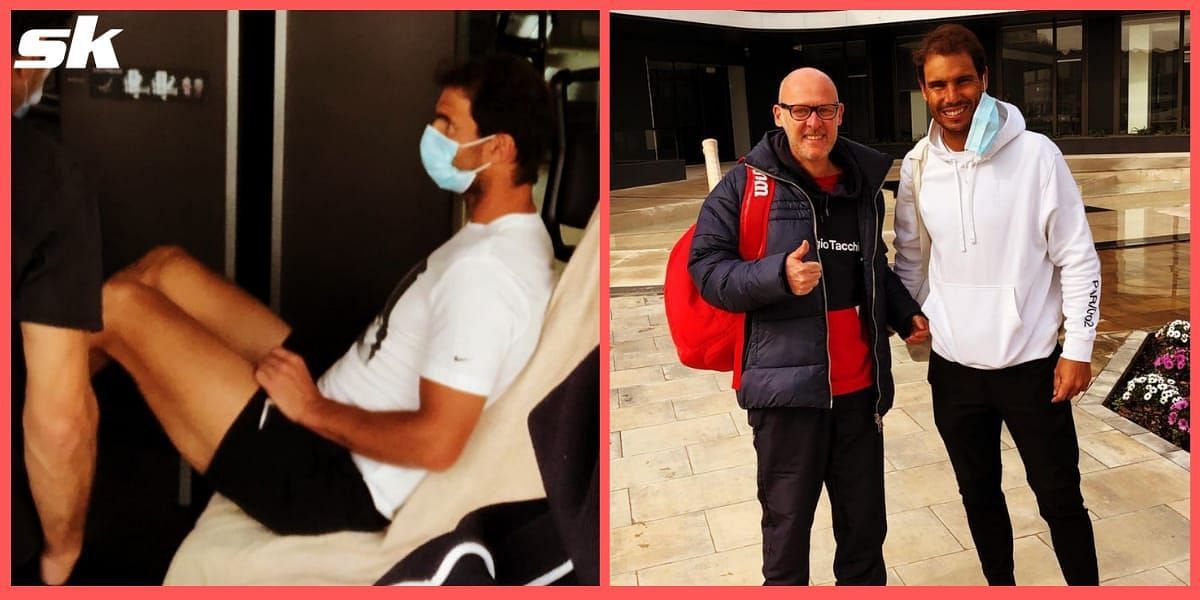 The Spaniard has been out of action since suffering a stress fracture in his ribs during the Indian Wells Masters. He was injured during his victory over Carlos Alcaraz in the semi-finals.

As the 35-year-old returned for the final against Taylor Fritz, he was troubled by pain, often struggling to breathe. Nadal lost the match, and with that, his 20-game winning streak for the season came to an end.

After some tests, it was discovered that the Mallorcan had suffered a stress fracture. His doctor ruled him out of action for four to six weeks. However, it looks like the 21-time major champion is slightly ahead of schedule.

“Work in progress. The Nether is giving up,” Delamarre wrote. “I’m getting ready to come back. For the boss and also for me. @rafanadalacademy @[email protected]_delamarre #tennis #tenis#atp #atpworldtour #[email protected] #manacor

🚨🚨 Info alert !! According to @partidazocope, Rafael Nadal would be out for 4 to 6 weeks. The Majorcan suffers from a stress fracture localized to the ribs. “I’m really saddened that this is happening now, especially after the start to the season that I’ve had.” 😕 https://t.co/JUx9Vhk1qF

Speaking to the media after his campaign at Indian Wells, Rafael Nadal admitted he was “devastated” by the news of his injury.

However, the Spaniard, who is known for his fighting spirit, has made it clear that he won’t let the setback get the better of him.

“It’s not good news and I didn’t expect it. I’m devastated and sad because after the start of the season I’ve had so well, I’ve reached a very important part of the year with very good sensations and good results.” Nadal said. “But hey, I’ve always had that fighting and overcoming spirit and what I’ll do is be patient and work hard after my recovery. Again, I want to thank everyone for their support.”

The world number 3’s personal doctor, Dr Angel Ruiz-Cotorro, presented the diagnosis to the media after the Spanish campaign in Indian Wells, revealing that his patient suffered from a fracture to his ‘left third costal arch’.

“Mr. Rafael Nadal Parera presents, after the relevant NMR and CT tests, a stress crack in the left third costal arch which occurred during the semi-final match on Saturday in Indian Wells. The estimated time for his return to sports activity is four to six weeks,” the doctor said.

Read also
The article continues below

The Spaniard will miss the Monte Carlo Masters but could be back in time for the Barcelona Open.