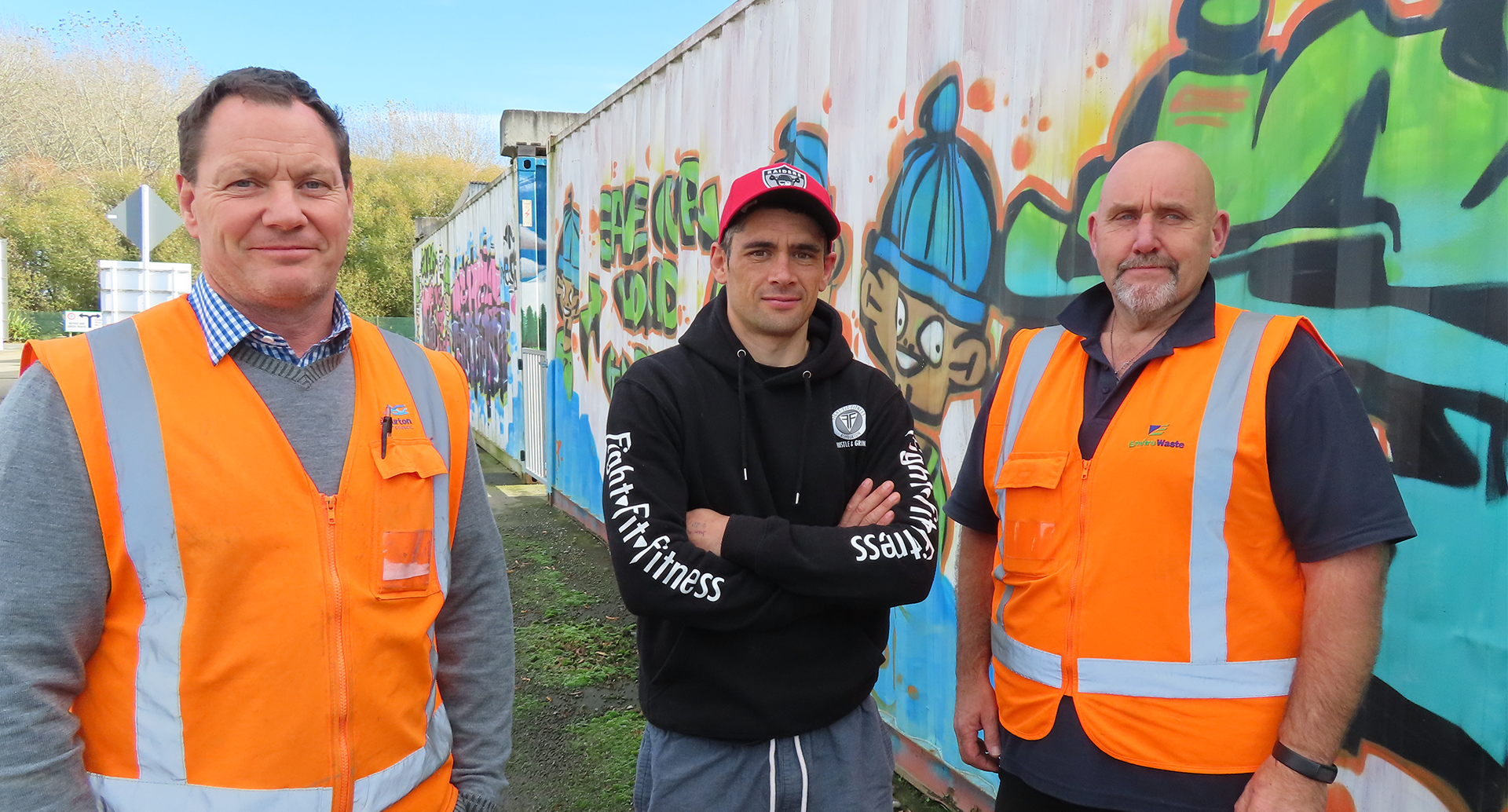 If you recently recycled a chest of drawers or a bicycle at Ashburton’s Resource Recovery Park reuse store, chances are you’ve helped Ashburton man Ford Gerbes win the championships of the kickboxing world in Ireland later this year.

Ford is due to raise $6,400 for his trip with the New Zealand kickboxing team and recently received $2,000 from the Reuse Store, which is operated by EnviroWaste Services Limited under its solid waste management contract with the council of the Ashburton District.

This is the first of three $2,000 donations the reuse shop plans to make to worthy causes this year.

Items that are brought into the reuse workshop for recycling are sold to the public; items include household furniture and items like glasses and mugs that are still in good condition. There are also bicycles, sports equipment and coats.

Ford’s name was put up for consideration as the recipient after his selection and fundraising efforts were highlighted in the community newspaper Ashburton Courier.

He said he was delighted to accept the money, which was a big boost for his fundraising account.

Ford gets up almost every day at 3:30 a.m. to practice before going to work; he trains again later in the day, after spending time with his family. He regularly participates in competitions.

In addition to kickboxing, he competes in mixed martial arts, boxing, and mauy thai, often referred to as Thai boxing.

He also set up a Fight-Fit Fitness gym on the grounds of Hampstead Rugby Club two years ago, providing basic fighting drills and circuit fitness training for others. Recently he started a class for juniors.

Ford said his own work at the gym prepared his body for the lateral and explosive movements needed in the sport, which was also about mental toughness.

He has been kickboxing for 11 years and considers himself lucky to be able to compete, especially after surviving a serious car accident.

Those interested in making a donation request should inquire at the Ashburton Resource Recovery Park Reuse Shop.