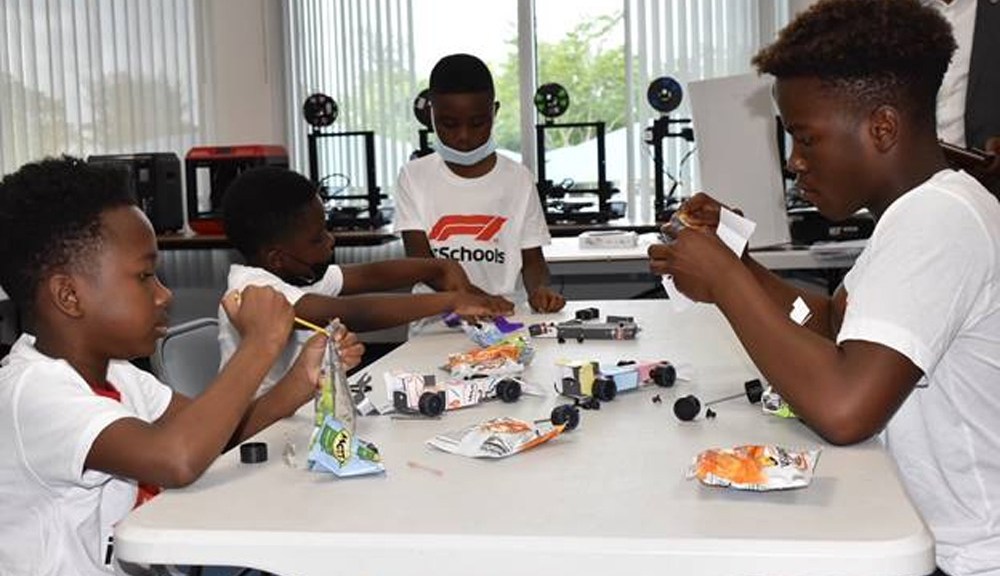 The “F1 in Schools” program is dedicated to introducing students to design, engineering, project management, branding, marketing and teamwork using excitement and l lure of F1.

Students also had the chance to meet, talk and race cars they built in a workshop during the program. (photo, top)with Willy T. Ribbs — the first African-American to test drive an F1 car and race in the Indianapolis 500.

F1 in Schools is one of the world’s largest educational programs aimed at educating students and schoolchildren in science, technology, engineering and mathematics (STEM).