SoulCycle closes 25% of its studios 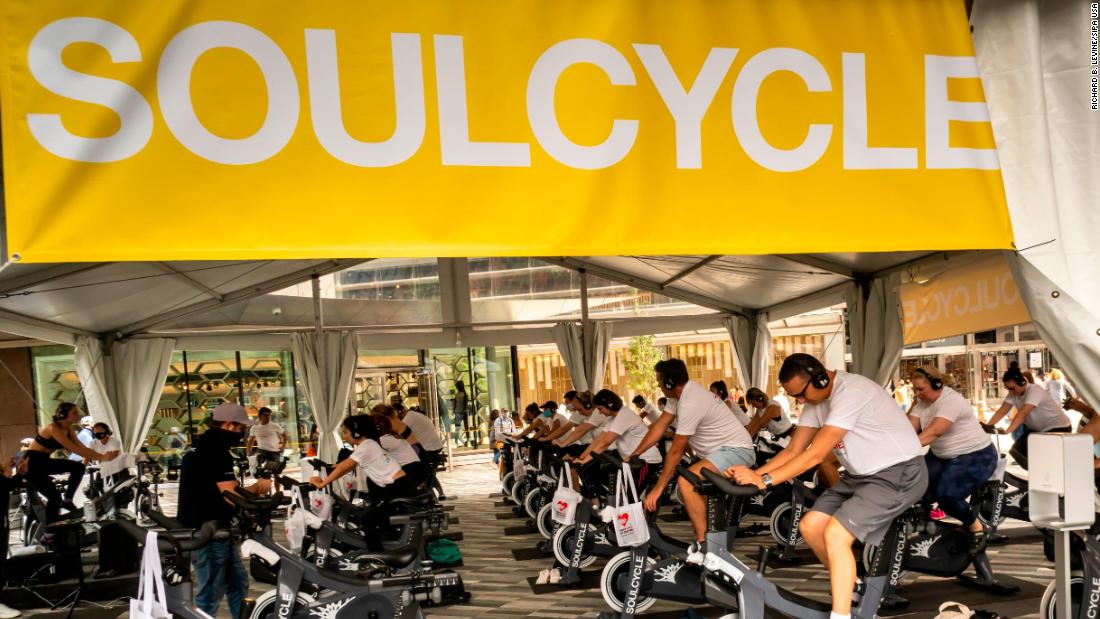 This is another signal that consumer exercise habits continue to change as the pandemic drags on.

In the coming days, SoulCycle will close approximately 20 of its 83 studios: six in the New York area, five in California, and others in Washington, DC, Massachusetts, Illinois, Florida, and Georgia. It will also close in Toronto, which means a complete exit from Canada.

“As riders continue to return to studio classes, there have been many changes as a result of the pandemic,” a SoulCycle spokesperson told CNN Business in a statement, saying some of those changes are based on geography and that the company “evaluates[ed] if there is an opportunity to scale in certain markets.”

Customers who frequent a studio that is closing were notified by email over the weekend, and approximately 75 of SoulCycle’s approximately 1,350 employees will be laid off as a result of the closures.

The news comes soon after Platoon (PTON) – whose stock is down more than 90% from its pandemic-induced peak at the end of 2020 – announced a major change in strategy. On Friday, Peloton revealed a new round of layoffs, price hikes for some of its products and the closure of several of its showrooms.

Peloton had received a boost from the Covid-19 closures, as consumers sought to exercise at home when gyms closed. But SoulCycle, which has largely focused on in-studio classes, has been hit by the other side of this trend.

SoulCycle was forced to close its studios when Covid first hit American shores, and some didn’t reopen until about a year later, as allowed by state and local rules, including its flagship in New York. The private company, owned by Equinox, has opened SoulCycle studios outdoors and even created a $2,500 home bike in an effort to weather the pandemic.

Fitness chains and independent gyms as a whole have been hit hard, with around a third of fitness centers closed during the pandemic. This resulted in the loss of 1.5 million jobs, according to a report by IHRSA, a fitness advisory group.

Flywheel, a similar indoor spinning concept, closed for good in September 2020. Home fitness equipment makers are also struggling, including NordicTrack’s parent company, iFit Health and Fitness. It scrapped its IPO at the last minute a few months ago and Tonal cut 35% of its workforce in July.
But affordable gym chains, like Planet Fitness (PLNT), seem to thrive. The channel, which charges as little as $10 for a monthly subscription, announced in earnings last week that it had increased its member base to 16.5 million.

“We believe our affordable, high-quality fitness experience will resonate more than ever as Americans seek value and feel the rising costs of everyday items, such as food and gas,” said CEO Chris Rondeau said on an earnings call, adding that he’s noticed people “swapping” high-priced gyms.