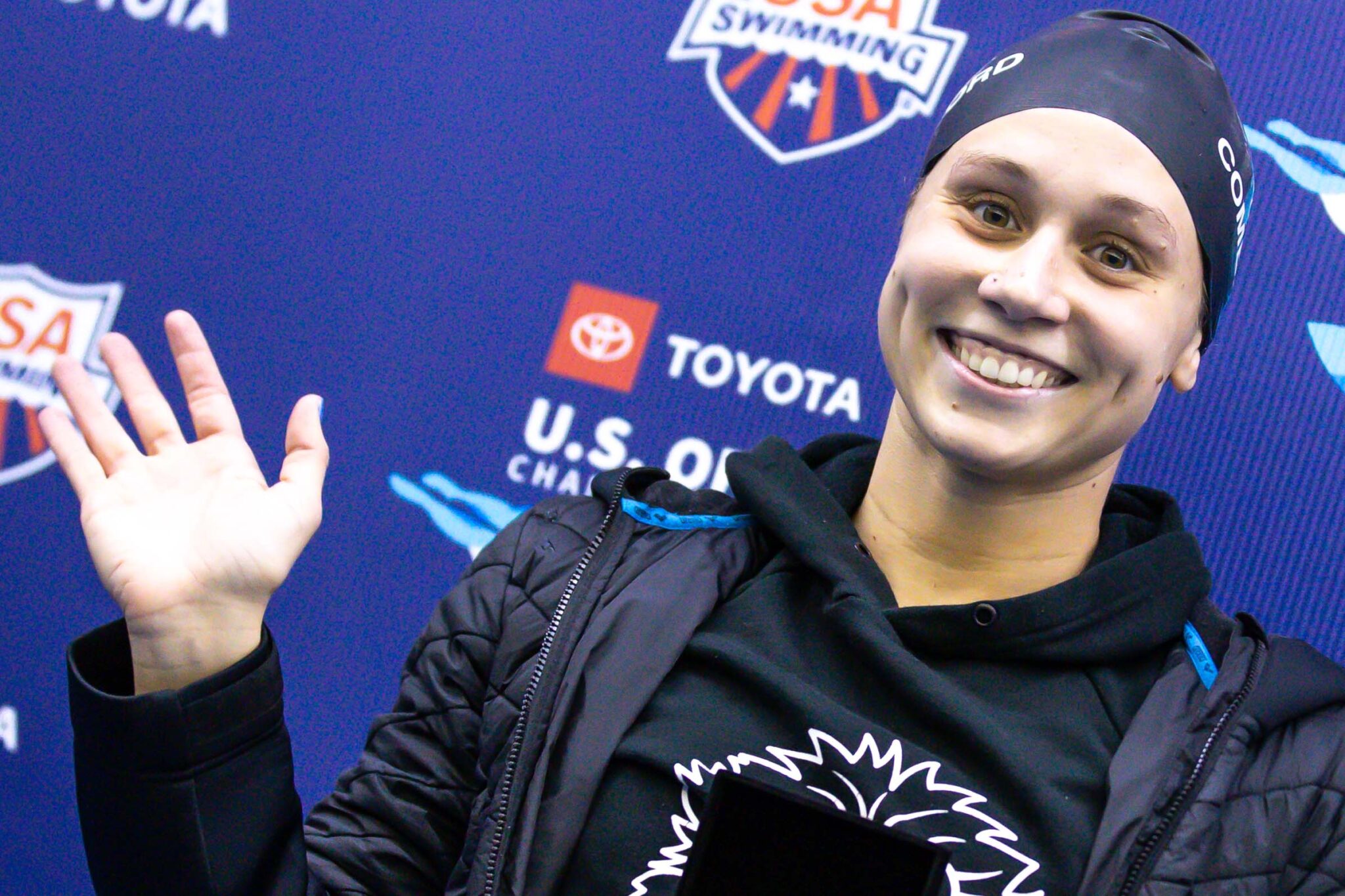 Another super couple of swimmers are on their way down the aisle.

Sunday, multi-medalist at the world championships Mallory Comerford revealed her engagement to her longtime boyfriend and US Olympian clark burckle on Instagram.

Comerford and Burckle have been dating since 2019 and have both enjoyed huge international and collegiate success in swimming.

A native of Lousiville, Ky., Burckle was also the 2010 NCAA champion in the 200 breaststroke, competing for the University of Arizona as a senior after beginning his college career in Florida.

After his illustrious career in the pool, Burckle completed his MBA at Stanford in 2015 and went on to find success in the business world, currently managing a swimming, tennis and fitness club in the Louisville area.

Comerford, 24, broke onto the world swimming scene in 2017, winning five relay gold medals at that year’s World Championships in Budapest.

She also linked with Katie Ledecky for the 2017 NCAA title in the women’s 200 freestyle, and went on to repeat in the event in 2018 and 2019. As a senior in 2019, Comerford added a victory in the 100 freestyle to give her four individual national titles during her career in Louisville.

Earlier this year, Comerford bounced back from missing the 2020 Olympic team to place sixth in the women’s 100 freestyle at the 2022 International Team Trials in Greensboro, earning a spot on the U.S. world championship team where she won silver as a preliminary member. in the women’s 400m freestyle relay.

The announcement is just the latest among top swimmers to get engaged, with Simone Manuel and Carson Foster also have done so within the last month.