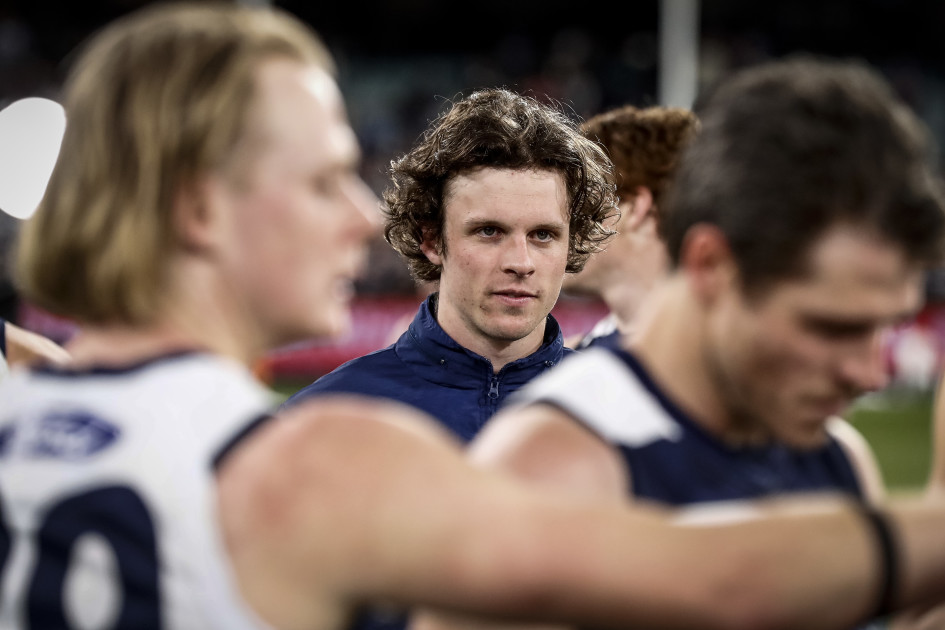 Patrick Dangerfield has described Max Holmes as a “genetic freak” in his quest to make the Geelong Grand Final on Saturday.

Dangerfield admitted he thought Holmes had ‘no hope in hell’ of playing in the AFL decider after the youngster suffered a hamstring slash last week in Geelong’s preliminary final against Brisbane.

But Holmes practiced in the Cats’ open practice on Monday and got even better on Tuesday, and now Dangerfield holds out real hope for his teammate who crosses the banner at the MCG on Saturday.

“I thought there was zero chance in hell, zero (after the game). And then he ran on Monday, then he ran on Tuesday and he was kicking yesterday,” he said on Whateley from SEN.

“So…there’s every chance.” It’s extraordinary, maybe that’s what you get when you’re 21 and your body can recover extraordinarily quickly.

Holmes was one of Geelong’s best last Friday night despite coming off midway through the third quarter, finishing with 12 eliminations, 359 yards gained and a goal despite looking shortened.

His toe turn was a key aspect of this performance, while Holmes – who plays on the wing for the Cats – is also among the club’s best runners.

Dangerfield thinks Holmes is growing more convinced that he could take his place at the MCG.

“He’s a bit of a genetic freak anyway because he has this amazing mix of great stamina and electrifying top speed, there are very few athletes in the whole AFL who have that combination. “, continued the medalist Brownlow.

“So I think he has a chance, which would have floored me on Saturday after the game, I thought there was just no way.

“But his attitude has been – I think, just looking and seeing from afar and sometimes up close – it’s ‘I’m getting there’.

“He looked good so we have our main session today which he will be in and then we will have to wait and see. It has been quite extraordinary.