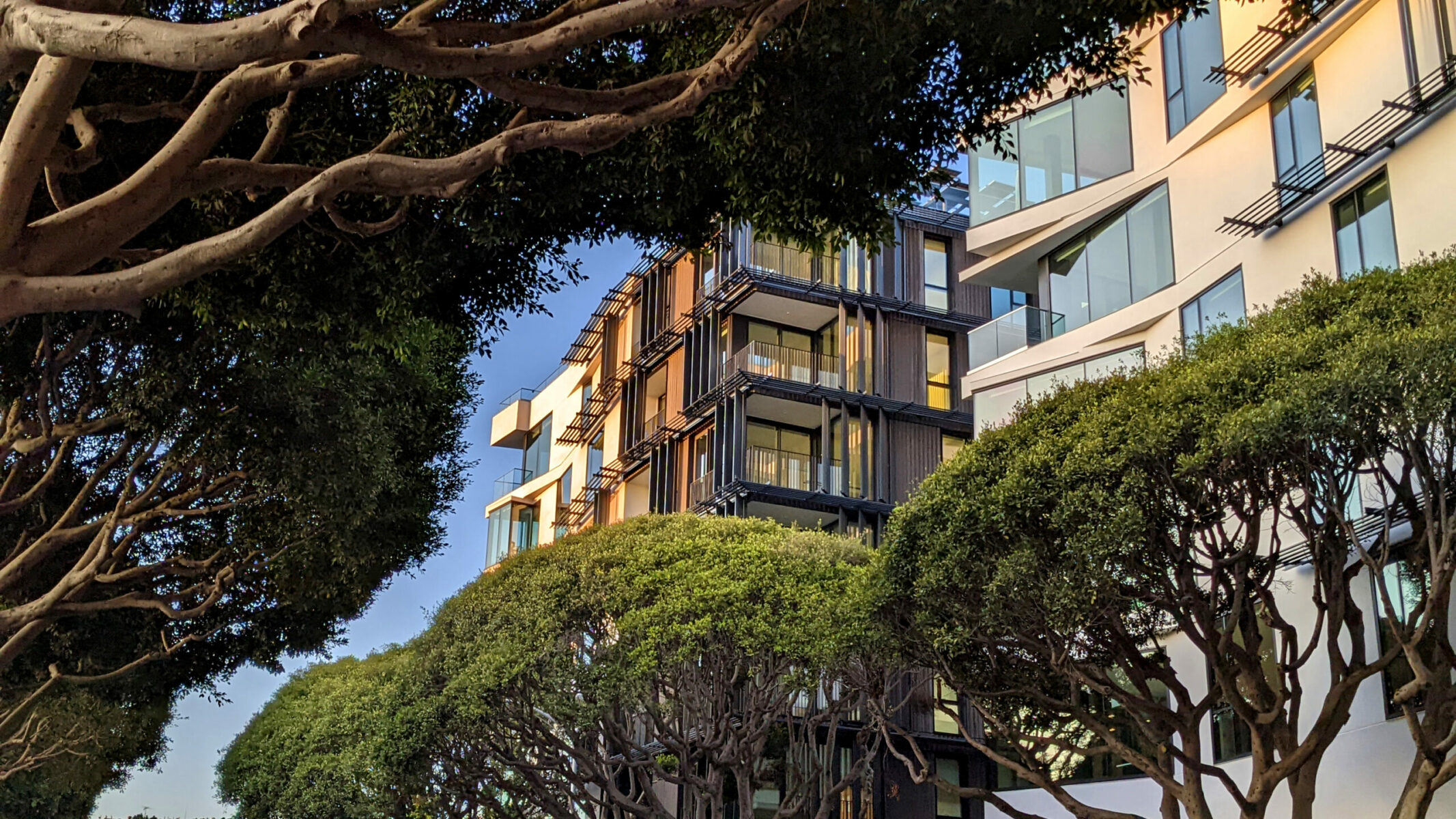 The Witkoff Group may hold a diverse portfolio including hotels, residential properties, commercial buildings and operating businesses, but locally the New York-based company is betting on one apartment property: the recently opened Park Santa Monica.
The development is a 294-unit luxury rental complex that comprises four interconnected buildings with a one-acre rooftop park and the city’s only rooftop swimming pool.

As the design half of the Witkoff company, Lauren Witkoff, the organization’s executive vice president of sales and marketing, said she has a good working relationship with CEO Steve Witkoff, her ex-husband.
“Steve is good at closing deals, he’s a visionary,” she said. “Design was not his cup of tea. I spend a lot of time thinking about it. »

Lauren Witkoff has a lot to say about the look and characteristics of a project like Park Santa Monica, which was visualized by David Mann of MR Architecture and Design.
“We view each project as a unique opportunity,” Witkoff said. “With Park Santa Monica, we’re trying to bring that vertical living design to LA”
Located at 500 Broadway on the site of a former Fred Segal store, the development is packed with amenities.

“We have workspaces, a beautiful spa and gym,” Witkoff said. “We have these four roofs and each one is a different amenity space.”
There’s the Field, which has an open green space with a dedicated outdoor fitness center; the garden, with fire pits, lounges and outdoor games tables; the Oasis, which includes the rooftop pool with cabanas and a private bar; and The Farmhouse, which features an outdoor Sonoma-style chef’s kitchen and bar, plus a shaded dog park. All with stunning views of the Pacific Ocean and downtown.

A private members club for select residents unlocks programming that includes personal training and surf lessons. Other perks include a Himalayan pink salt room, spa facilities and treatment rooms.
Over the years, the Witkoff Group has completed numerous condo projects in New York City, including 150 Charles in the West Village, 10 Madison Square West in the Flatiron District, and 111 Murray Street in Tribeca.

“We ended up installing a Drybar and people loved it,” Witkoff said of the latter. “People would call it the Drybar Building. Sometimes you have a small idea and it takes off.
The Witkoff Group entered the Los Angeles market in 2019 with The Edition West Hollywood, a hotel/condominium hybrid that contains 20 condos.
“When we came in with the edition, it was the first condo complex with a hotel component,” Witkoff said. “We sold the units. It was very successful.

The Witkoff firm tried something different with Park Santa Monica.
“This is our first floor rental project,” Witkoff said. “It’s a project we’re really proud of. We kind of took a chance and were very happy with the results.
Witkoff noted Park Santa Monica’s address just five blocks from the beach.

“It’s a great place,” she said. “It’s very difficult to build in Santa Monica. We bought the project from another developer. It was already allowed. We have redesigned the entire interior to make it much more luxurious.

Construction took three years before opening in January 2022.
Rents at Park Santa Monica are among the most expensive in the city, ranging from $4,000 to $26,000 per month.

“They have a higher level of design than you would normally find in a rental property,” she said. “We thought more about kitchens and bathrooms. Better appliances, better kitchen cabinets, better bathrooms.

Witkoff said Park Santa Monica is a standout project for her and has already inspired another luxury rental project in Brooklyn — a 600-unit apartment building called The Brook.
“We’re able to take some of our experience and put it into this new project,” Witkoff said. “We’re even going to have an outdoor pool there.”