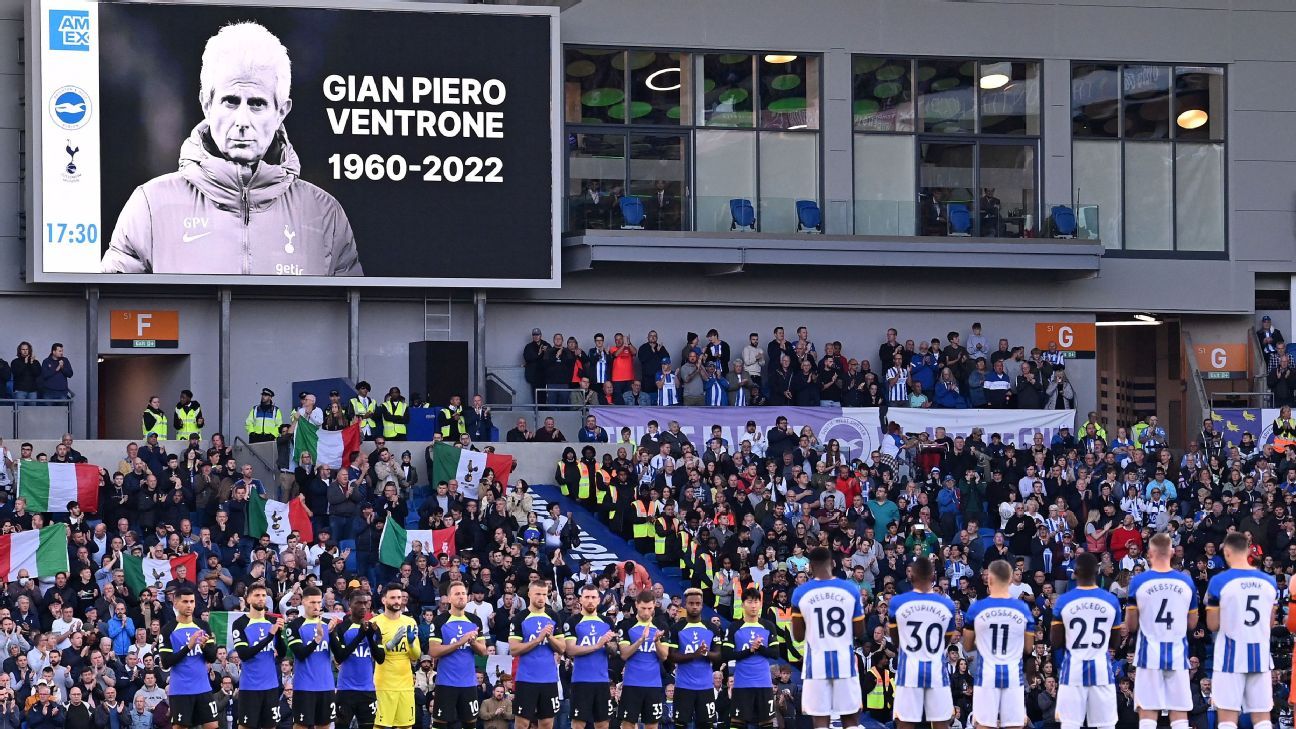 Tottenham Hotspur boss Antonio Conte said his side were struggling to play against Brighton & Hove Albion following the death of their fitness coach, but Saturday’s win showed he could always count on his side to get going. show up.

Conte was visibly emotional during the minute-long applause before kick-off as captain Hugo Lloris held up a shirt bearing Ventrone’s name to the traveling support after the 1-0 win that moved Spurs within three points from the top of the table.

“It was a really difficult week for us, not just for me – my team, my players and the whole Tottenham environment. He was a person who was in the heart of every Tottenham person,” Conte told the BBC.

“It was really hard for us. Tomorrow is the funeral, we will go with the staff. It is very difficult for me to talk about the situation because it is difficult to understand what happened.

“At the end of the day, to win a game today against a really strong team like Brighton shows that I can count on not only good players but also good men.”

Conte had previously worked with Ventrone when the Spurs manager was still a player while the fitness trainer was also a member of staff under Marcelo Lippi who guided Italy to the World Cup title in 2006.

He had also worked with Juventus, Catania, JS Suning, Guangzhou Evergrande and AC Ajaccio before joining Spurs last year to join Conte’s side.

“I try to stay very close to his family because I’ve known them for a long time,” added Conte.

“Sometimes life isn’t always positive. There are bad situations, but at the same time you have to be good to handle those times in the right way.”