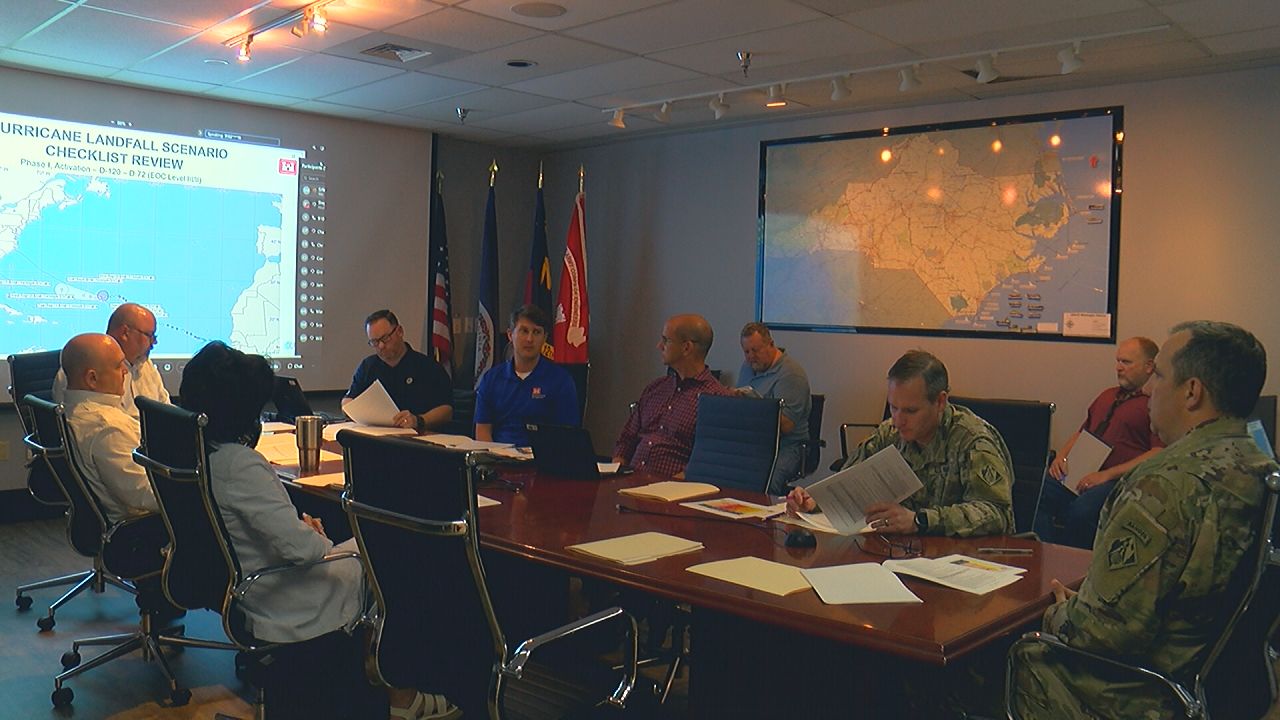 NEW HANOVER COUNTY (WWAY) – The Wilmington District of the U.S. Army Corps of Engineers held its final training session before the start of hurricane season.

The Army Corps of Engineers is developing plans they will put in place if a hurricane hits Wilmington. They reviewed possible extreme weather scenarios, including 24 hours before a hurricane makes landfall and 24 hours after.

Col. Benjamin Bennett, Wilmington District commander of the US Army Corps of Engineers, said the district has been training for hurricane season for the past three months.

“We’ve been on a state hurricane drill, and then we do our own, so we’re not, – we don’t wake up right before a storm hits land and wonder what we are supposed to do. We have checklists,” said Col. Benjamin Bennett, Wilmington District Commander of the US Army Corps of Engineers.

U.S. Army Corps of Engineers chief of emergency management Steve LaValle said plans take into account the impact of previous hurricanes like Florence on the Cape Scar area, and watch for severe weather days. before a hurricane eventually hits the area.

“We’re monitoring it as far as we can go, but within a 162-hour window we’re really starting to take internal action to define the conditions,” said Steve LaValle, chief emergency officer.

It also included ways to keep personnel safe and plans to contact other engineering district corps if assistance is needed with coastal storm hazard management.

“We have lakes here in North Carolina that help maintain, that help mitigate flood activity, so make sure we have systems in place to track rainfall, to make sure we can monitor what the dumping of the dams so as not to exacerbate the floods,” Colonel Bennett said.

Authorities are advising residents to develop their own hurricane preparedness plan, as the season begins on June 1.