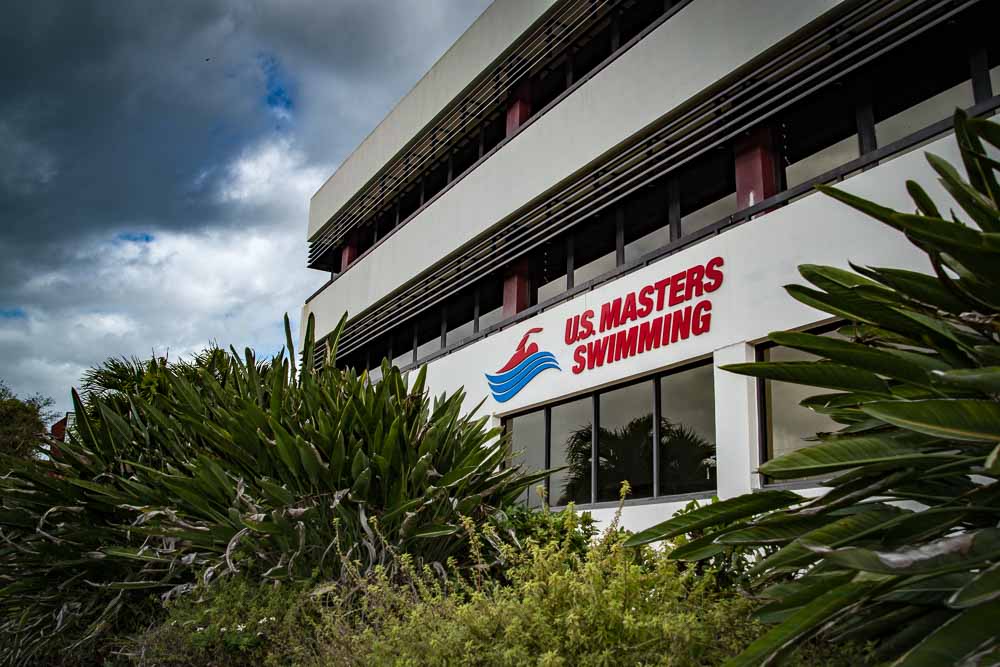 U.S. Masters Swimming concluded its general election for directors and honored many of its deserving volunteers with service awards at its 2022 Hybrid Annual Meeting.

The Capt. Ransom J. Arthur MD is awarded annually to the volunteer who embodies the spirit of Ransom J. Arthur, the founding father of US Masters Swimming. In 1970, Arthur envisioned lifelong adult fitness and lifestyle benefits through aquatic training and competition. Each year, the Ransom J. Arthur Award recipient has demonstrated a high level of commitment and dedication to the mission of the USMS. This year’s recipients are Jim and Anna Lea Matysek (Florida).

The US Masters Swimming June Krauser Communications Award is presented annually to an individual or group whose communications efforts have contributed to the growth, improvement or success of US Masters Swimming. The award is named after June Krauser, the author of the first official USMS rulebook and a prolific writer and editor of numerous newsletters and other publications in the world of masters swimming. This year’s recipient is Nicole Christensen (Gulf).

US Masters Swimming considers club development a priority and annually awards a local and regional club with the US Masters Swimming Club of the Year award. Masters swimming clubs that do the most to promote the values ​​and mission of American masters swimming, not only in their communities, but also nationally, are candidates for this award. This year’s Home Club of the Year is Masters of South Texas (South Texas).

The US Masters Swimming Open Water Service Award recognizes individuals who have made significant contributions to promoting and building excellence in USMS open water swimming by embodying the mission, vision, goals and USMS goals through open water swimming; such as serving on USMS National Committees, LMSC Open Water or Long Distance Chair, Event or Safety Director, Official, Coach, Clinician, or Volunteer); including contributing at various levels of the USMS (i.e. national, zone, LMSC and/or local); or demonstrates extraordinary measurable achievement and impact. This year’s award goes to Shirley Loftus-Charley (Virginia).

The U.S. Masters Swimming Officials Achievement Award is presented annually to a certified official in recognition of outstanding and significant contributions to U.S. Masters Swimming at the international, national, zone, and/or local level, including pool competitions and in open water. The recipient is not required to be a member of US Masters Swimming. A person can only receive this award once. The recipient may be a currently active official or someone who has retired or passed away. This year’s winner is Jacki Allender (Oregon).

The Diversity, Equity and Inclusion Award is presented annually to athletes, coaches, volunteers or clubs who demonstrate a public commitment to diversity, equity, equality and inclusion across race, gender, age , religion, identity and ability at club, LMSC/Zone or national level. The award recognizes individuals or clubs who create a diverse and inclusive environment in the USMS, allowing everyone to feel empowered to bring their full, authentic and unique personality to the sport. This year’s recipients of the inaugural Diversity, Equity and Inclusion Award are Rook Campbell (South Pacific), Donita Flecker (Pacific), Laura Dennison (New England), Sarah Welch (Pacific Northwest) and the Organizing Committee of IGLA 2022.

Each year, the USMS honors a coach who exemplifies the highest standards in masters coaching, including the growth and development of masters swimmers with a holistic approach, which welcomes swimmers of all levels and abilities. This year, the USA Masters Swim Coach of the Year is Linda Irish Bostic (Florida LMSC, Palm Beach Masters).

Finally, the USA Masters Swimmers Ted Haartz Staff Appreciation Award is named in honor of Ted Haartz, a leader of USA masters swimmers since 1970. Ted helped lay the foundation for the evolution of the USMS in a professionally managed organization. The award celebrates our volunteer roots, as well as our future, in particular by annually recognizing a volunteer who demonstrates excellence in assisting and supporting national office staff in their professional duties of serving our members and promoting masters swimmers. . This year’s recipient is Stacy Abrams (South Texas).