Vanderbilt grad students concerned about cost of apartments built for them 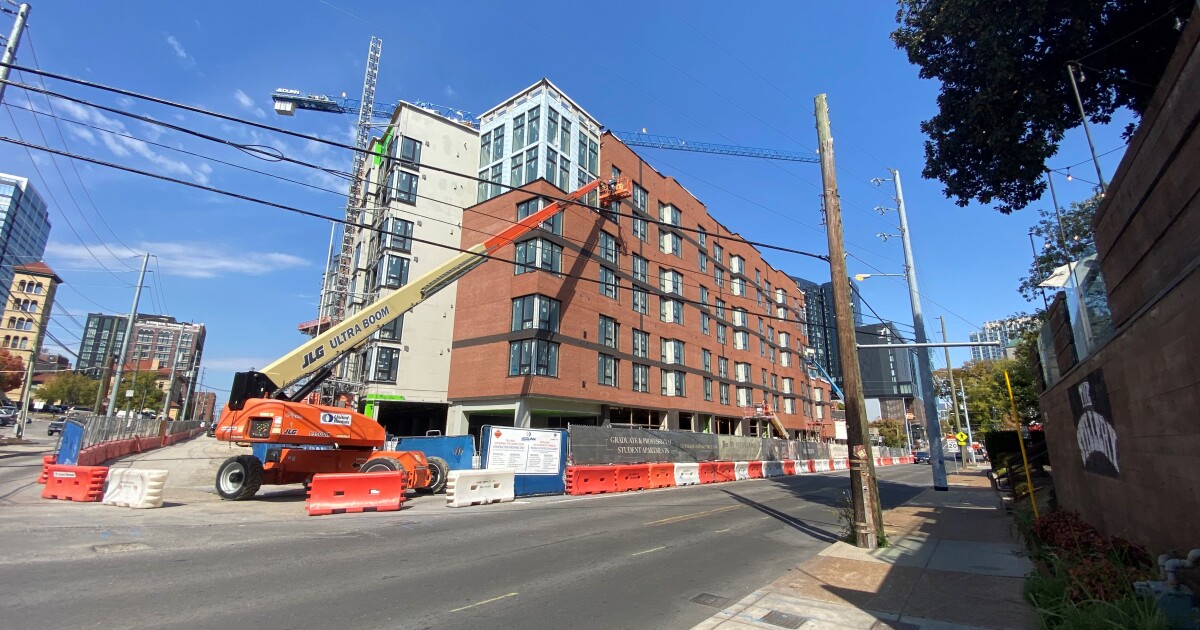 NASHVILLE, Tenn. (WTVF) — Construction of Vanderbilt University’s new graduate and professional student housing is about a year away from completion.

The university’s goal for the project is to provide housing adjacent to campus at a lower cost.

This week, unit prices were released and several graduate students told NewsChannel 5 they could not afford the apartments the university had developed for them.

“I thought it would be awesome. I was looking forward to living on my own again and being able to afford it — and then the price came out. I was, like, negative,” explained Ebony Hargrove-Wiley, vice -president of black graduate and professional students.

Hargrove-Wiley is unsure how graduate students should afford the new apartments, named The Broadview at Vanderbilt.

The complex is accepting applications and next fall, Vanderbilt students will be able to move in.

A Vanderbilt University spokesperson said it was a chance to offer students cheaper rent with popular amenities and to be close to campus.

“Typically, what they charge for this will be about 50% to 60% of most graduate students’ stipends,” said Kelly Cunningham, co-chair of Vanderbilt Graduate Workers United.

A quick look at the floor plans reveals that a 267 square foot studio would cost a graduate or professional student $1,377 plus amenity fees.

“Which is about $5.1 per square foot. If you look at similar studios, they’re twice as big, so they’re closer to $3 per square foot,” Cunningham said.

“A lot of underprivileged populations, they don’t come from family wealth, so we don’t have people we can resource to help us top up our allowance,” Hargrove-Wiley said.

Vanderbilt University released the following statement regarding its concerns:

“One of the goals of providing graduate student housing adjacent to campus was to provide a lower cost alternative with popular amenities and easy access to campus. This project will help build cross-disciplinary connections among these students and support the university’s strategic priorities, including its commitment to sustainability, diversity and accessibility. It also enhances Vanderbilt’s ability to recruit top students to our growing city.

Compared to similar apartment buildings near the Vanderbilt campus, average rental rates for all unit types are about 18% below market this year. Units include full kitchens, private bathrooms, and washer/dryers. Building amenities include a co-working space, study lounges, private outdoor terrace, and fitness center. There is also a convenience store and cafe on site for easy access. It’s also important to note that the amenity fee includes internet, utilities, garbage, and furnishings.

Vanderbilt has partnered with Balfour Beatty Campus Solutions and Axium Infrastructure to develop, finance, operate and maintain the building, which is owned by BBCS/Axium. As with market housing developments, the project must be financially self-sufficient. Through a partnership with Vanderbilt, BBCS/Axium will be able to keep rates below market value for comparable accommodations.”

“I don’t see how this is going to help someone who is already struggling to afford finances. Also, if the apartments are so small, it’s not like it’s a space to relax”, Cunningham said.

These graduate students fear that the award will keep them away from college.

“Especially from your international and marginalized populations who don’t have many other resources to pay for the cost of living and other expenses,” Hargrove-Wiley said.

Hargrove-Wiley said many graduate students are already working on the sidelines, such as as delivery drivers, to pay for necessities like groceries.

They said Vanderbilt’s peer institutions, like Duke University, offer a higher stipend and don’t have to deal with high housing rates.

Watch the live stream below and download our apps on Roku, Apple TV, Amazon Fire TV and more. Click here to find out more.
Fitness center