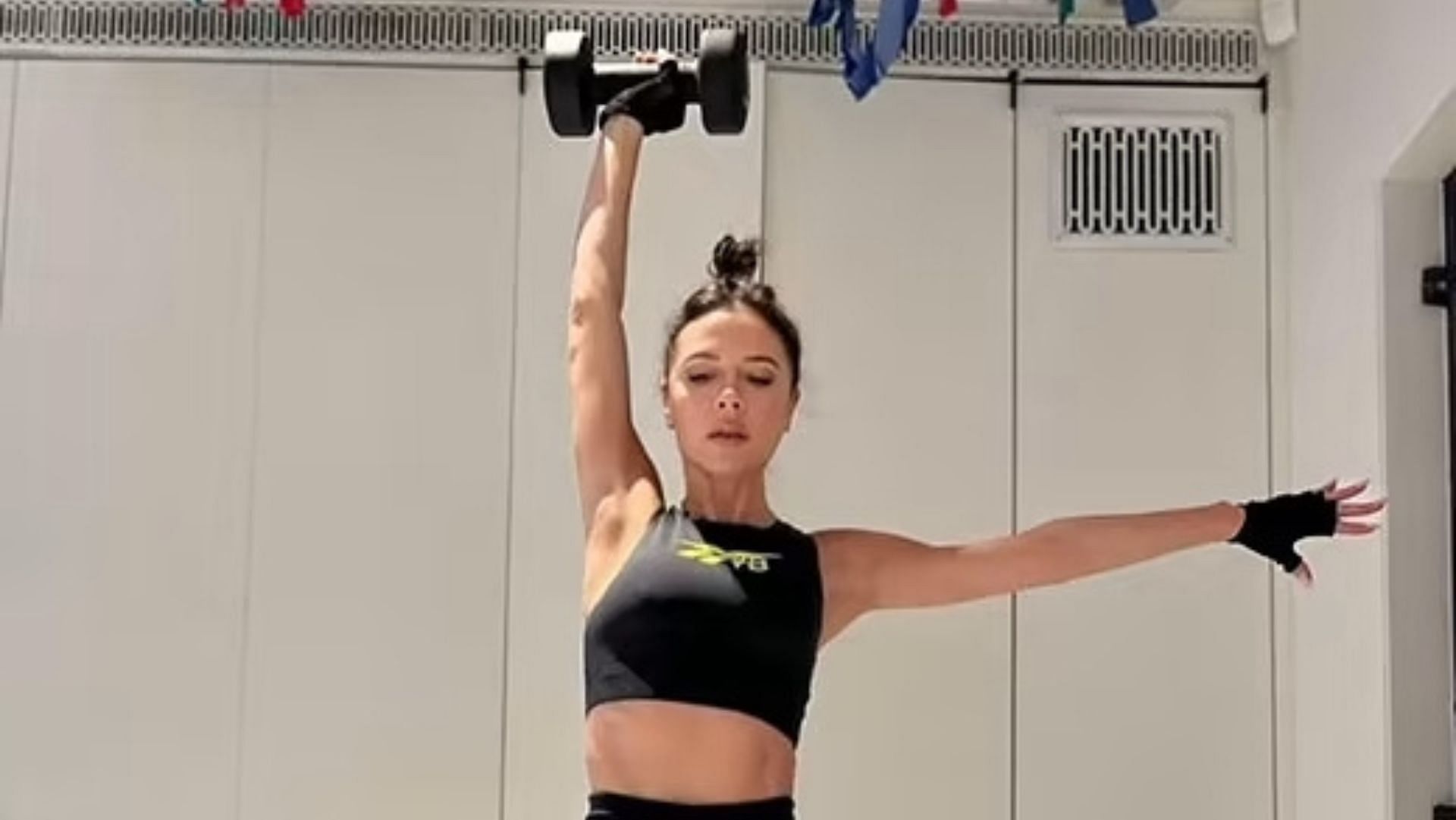 Although she is 48 years old, her age has not slowed her down. She took to social media to show her rigor exercise routine. Now Bobby Rich has revealed how hard Victoria trains to keep up with her fitness level.

According to Rich, Victoria has no gaps in her routine and doesn’t take a day off even when she travels. Whether in person or online, she follows her training schedule.

“She’s with me in the gym five days a week – and even though she’s travelling, there are no excuses, and we’re moving to online sessions. Either way, she’s putting in all the effort. My methodology and my application to Victoria’s training is based on my own conditioning programming that I used in competition.

However, like any other athlete, Victoria Beckham has different phases in her workout routine. Rich works out throughout the year using different phases, allowing Victoria to train at her peak while settling in during recovery periods. He says:

“I look at the year as a season and work through different training blocks, identifying peaks and recovery phases to make the most of the incredible effort Victoria puts in each session, mentally and physically.”

Since working with Bobby Rich, the Spice Girl has spiced up her workout routine with weight lifting.

Rich introduced complex moves such as cleans and snatches as well as functional moves, such as overhead presses and squats to his workout routine.

The idea behind changing her routine was to allow Victoria Beckham to get stronger and improve her mobility over time. However, Rich and Victoria haven’t completely eliminated the small moves. He says:

“It’s not just big lifts and complex movements. We place a lot of emphasis on small movements and incidental work, which complement major muscle groups and focus heavily on joint health. This comes in the form of functional movements using body weight, bands and ankle weights.

She ensures to stay consistent with her routine. She doesn’t allow herself to stray from the routine and she not only trains hard, but also smartly.

“No one is more responsible for your own health than you are,” Rich says. “And consistency is where real progress and change is made. It’s what makes it a way of life, not a habit.”

Even when traveling on a yacht, Victoria continues to train every day.

It’s not hard to train to get fitter if you’re committed to it. The fitness journey starts with a small commitment to getting you stronger and fitter. Over time, engagement becomes a way of life.

Victoria Beckham’s fitness journey is an inspiring story for anyone who thinks age is a barrier to toning muscles and getting stronger. With each passing day, the mother-of-four maintains her fitness routine and uses her social media to empower women everywhere to jump-start their fitness journeys.