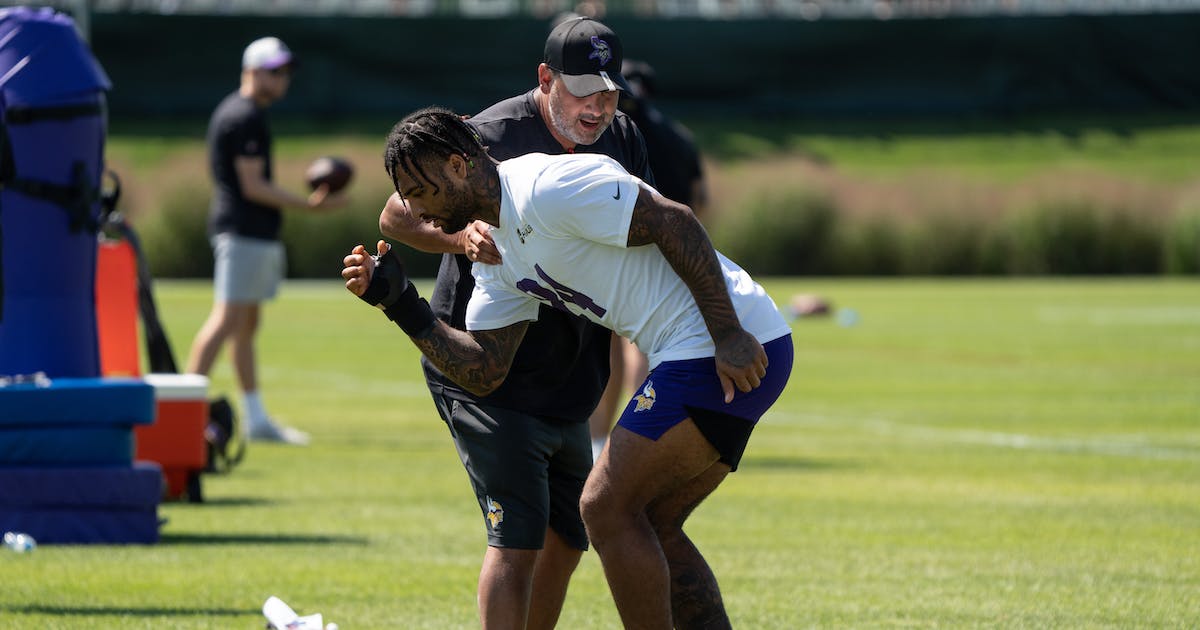 Just three weeks after right thumb surgery, the Vikings tight end Irv Smith Jr. was back on the practice field on Monday, taking the next step in a rehabilitation process that the team says could prepare him for the regular season opener against Green Bay on Sept. 11.

Smith participated in individual drills with a wrap on his thumb and was on the court for a few full team shots. He wasn’t catching the ball yet, but the coach Kevin O’Connell said he thought Smith “moved well today.”

“He looks to be in great shape, so I credit our athletic performance staff and [strength coach] Josh Hingst for keeping him ready to go and committed despite being out of surgery and not being able to do much,” O’Connell added. “He will continue to progress in real football, but he made great progress and I’m proud of the way Irv attacked this thing.”

Smith, O’Connell said, remained involved in Viking meetings and tours after the surgery. The key step, by week 1, will be to make sure he can do everything his job requires.

“I’m happy with where Irv is at now and hope to continue to progress him into action,” O’Connell said.

Booth should be ready for the Packers game

Second-round pick Andrew Booth Jr. limped off the field in Saturday’s game after aggravating an ankle injury in the second quarter. O’Connell said Booth’s injury is “little bit more than day-to-day”, and it’s unclear at this stage if the Vikings will try to play the cornerback in the pre-final. -season Saturday night in Denver.

Either way, O’Connell said, the Vikings are hopeful about Booth’s status for the start of the regular season. In the meantime, the team will use a number of resources to help prepare the rookie for a Week 1 game with Aaron Rodgers.

“We have a virtual [reality] room, we have a bunch of coaches who can meet with him on top of that, if he needs that time,” O’Connell said. “And then obviously we’ll have tours, we’ll have different ways to keep him engaged, even if he can’t get those reps at full speed. I think Andrew will be fine mentally.”

First-round pick Lewis Cine and nose tackle Harrison Phillips sat Monday with leg injuries; Cine had an ice pack around his left knee, while Phillips wore a sleeve on his right leg due to a minor ankle injury he suffered during joint workouts with the 49ers last week.

“He actually practiced through [the injury] against San Francisco,” O’Connell said. “I give him a lot of credit for that. It’s really day to day, just wearing these guys [on the Vikings’ athletic training staff] going out for treatment and trying to get back there.

Cine played 31 of the Vikings’ 76 defensive snaps on Saturday night, and O’Connell said safety came out with a “little bruise.”

“I’m not worried about Lew at all,” he said.

Guardian Chris Roseau continued to work out the side due to an elbow injury, while the wide receiver Dan Chisena and defensive backs Kris Boyd and Parry Nickerson wounds rehabilitated.