Paul Verhoeven, of Sun Prairie, who was diagnosed with Parkinson’s in 2013, hits the sack of speed. 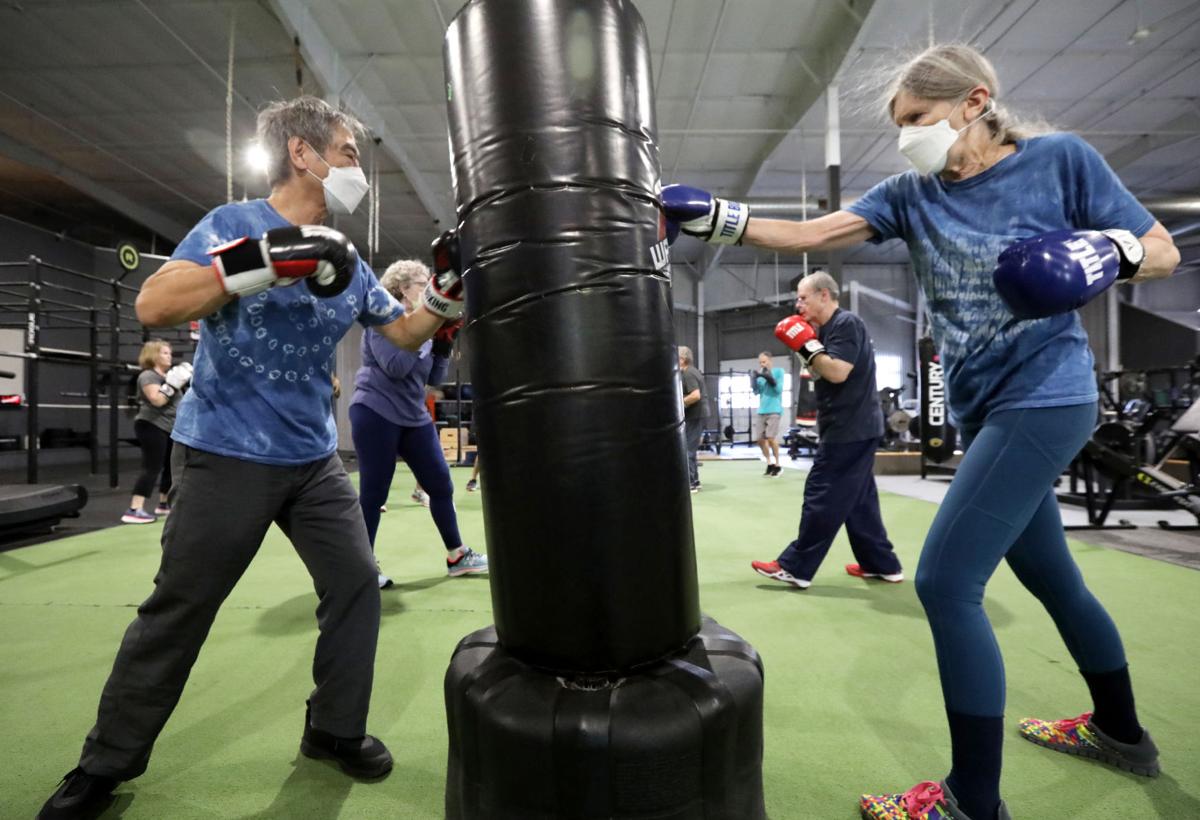 Carol Cameron, 69, right, of Madison, trains with the help of her husband, Russ Kumai. 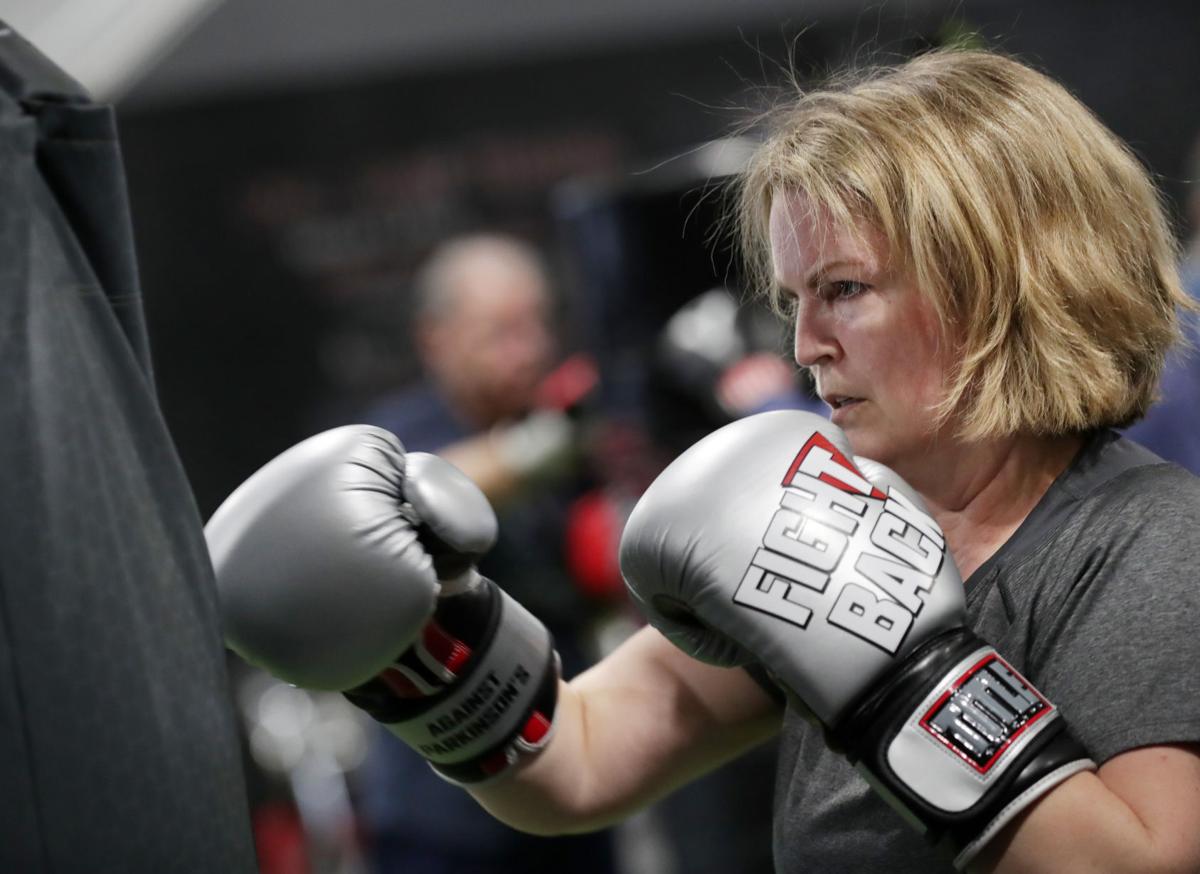 Jody Tang, 53, of Madison, suffers from early-stage Parkinson’s disease and credits Patti Batt’s class for helping to slow the progression of the disease. 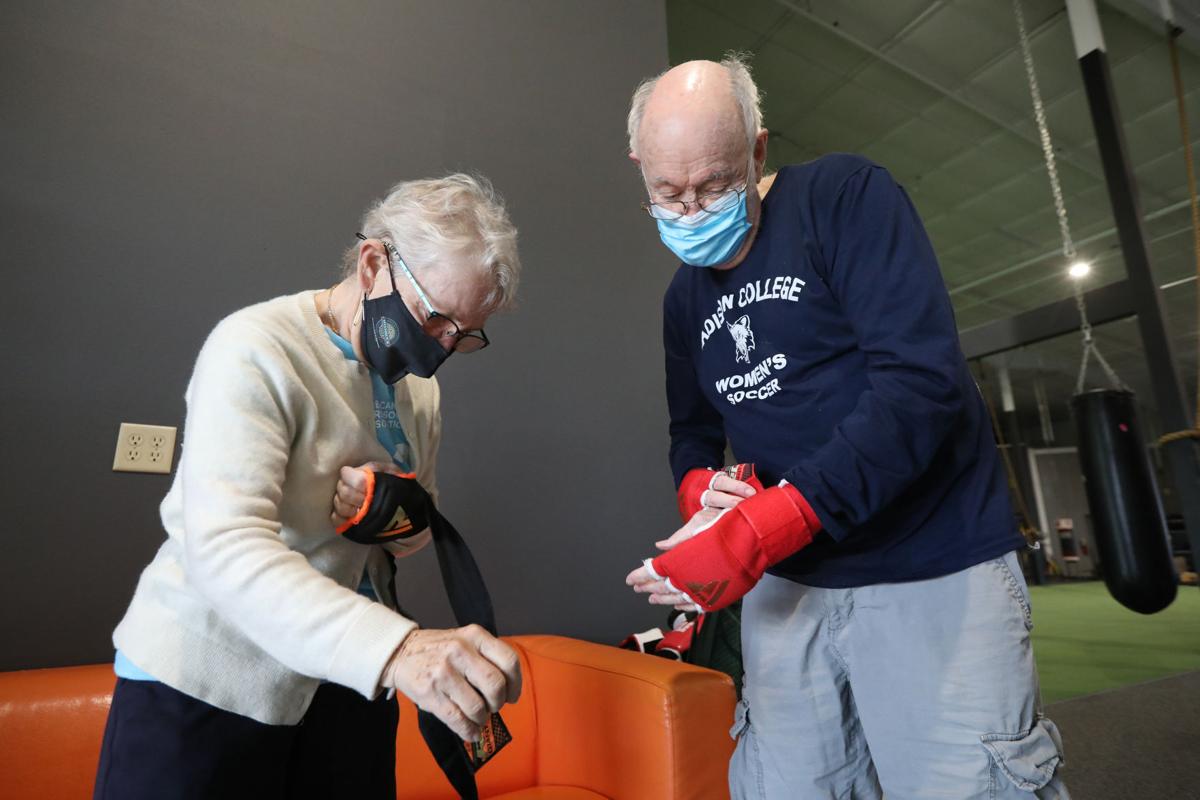 Rosie Hughes, 79, of Cottage Grove, and her husband, Mike, 82, prepare for Rock Steady Boxing, a boxing class for people with Parkinson’s disease, on December 6 in Fitchburg. 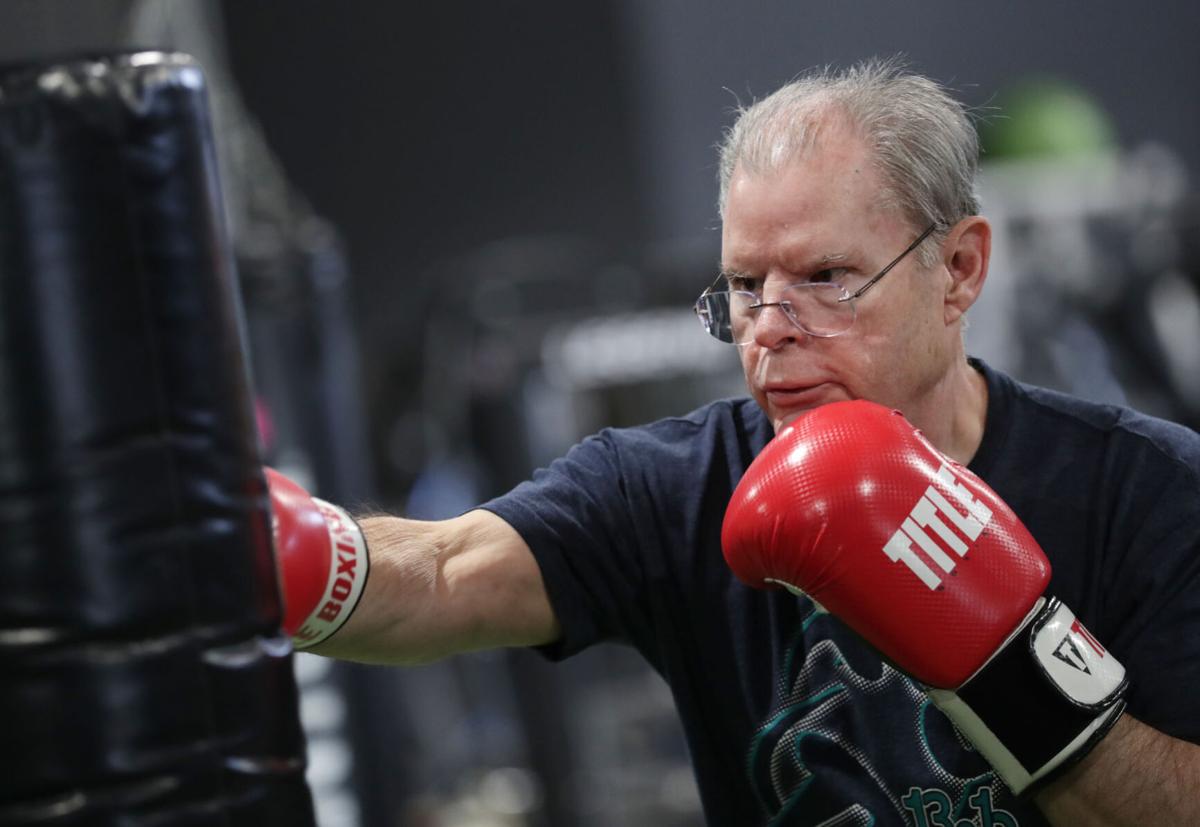 Richard Mohr, 68, of Fitchburg, attributes the training to reestablishing his ability to button up shirts. 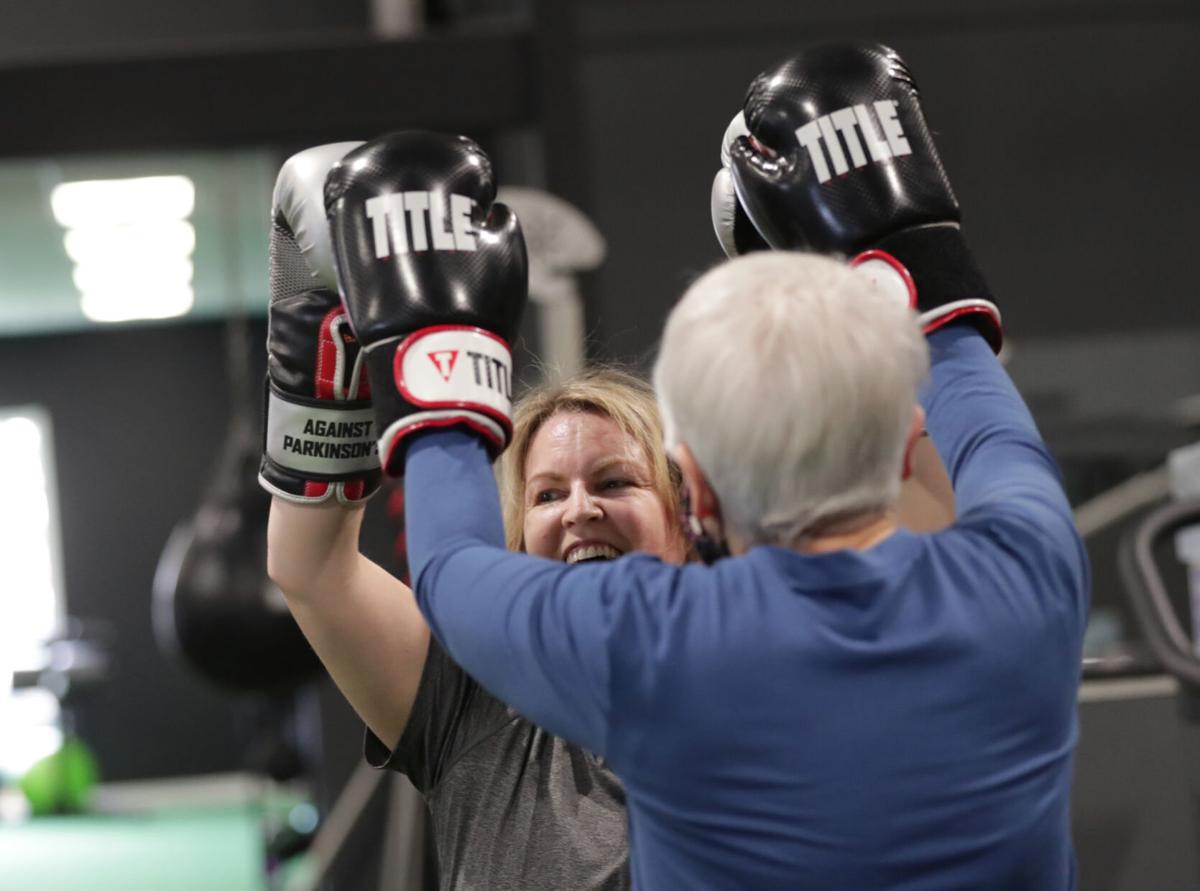 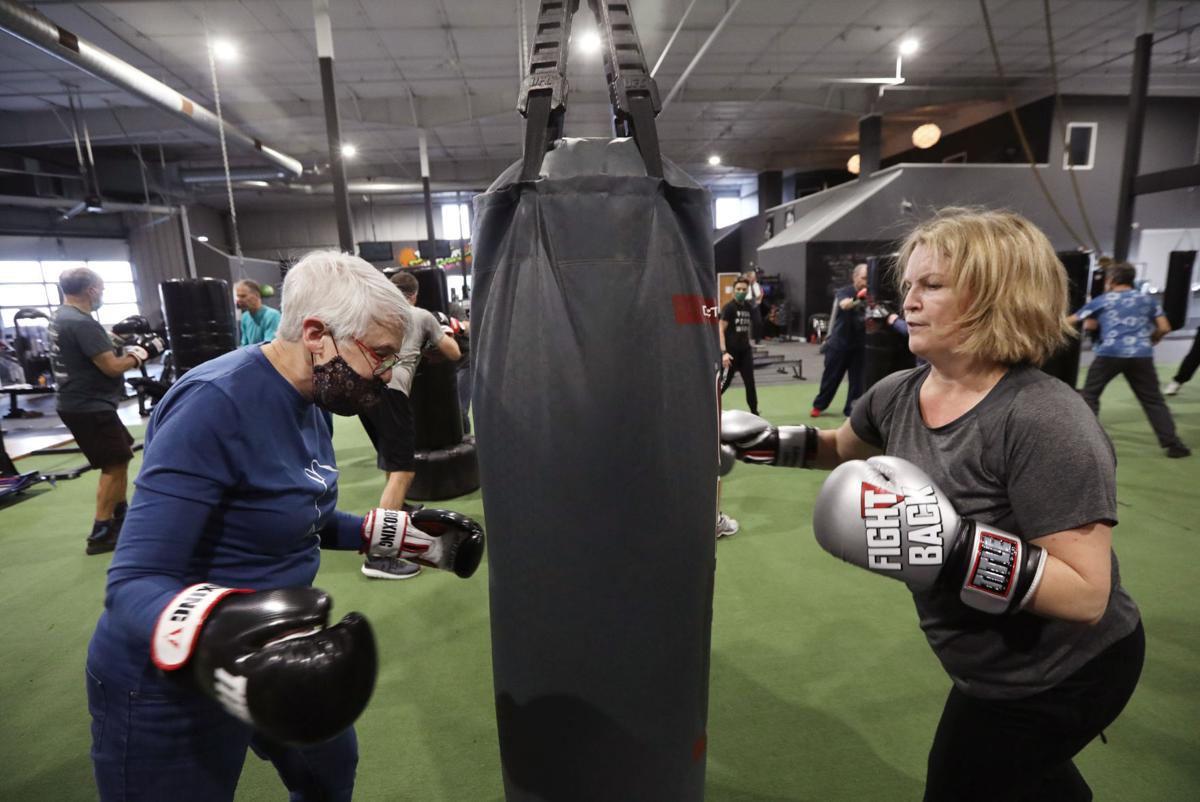 Patti Batt walks through the gymnasium in Fitchburg urging her students to “Stay strong!” “Show them what you got!” “Keep it straight!” “Never cross your feet!” and, as if there was any doubt, “If you can talk, you aren’t working hard enough!”

This isn’t a “Rocky” remake, and the 37 middle-aged and older people of Bakke Athletics won’t be stepping into a ring to fight with their peers anytime soon.

Their opponent is a degenerative disease of the nervous system, Parkinson’s disease, which affects some 1 million Americans and for which there is no cure. Batt’s mission is to help them fight him with methods employed by soft science.

Batt, 61, is a certified personal trainer with Rock Steady Boxing, an Indianapolis-based nonprofit that has developed a boxing-based fitness program in accordance with research that has shown that strength training, in coordination and agility can help slow down and sometimes relieve symptoms of the disease, which is often characterized by tremors, slowed movements, muscle stiffness, and other physical disabilities.

Jody “Tango” Tang – all Batt students have boxing names – said she was diagnosed with early Parkinson’s disease at the age of 46.

“It’s so inspiring to come to class and be with people who have some of the same symptoms, especially the tremor, I think it’s the most difficult because it’s quite noticeable,” Tang said. , who lives in Madison and started going to Batt’s Monday and Wednesday’s Cours just before the pandemic hit. “I have to believe that’s one of the reasons… why I didn’t have to start taking the meds right away, so my symptoms stayed low.”