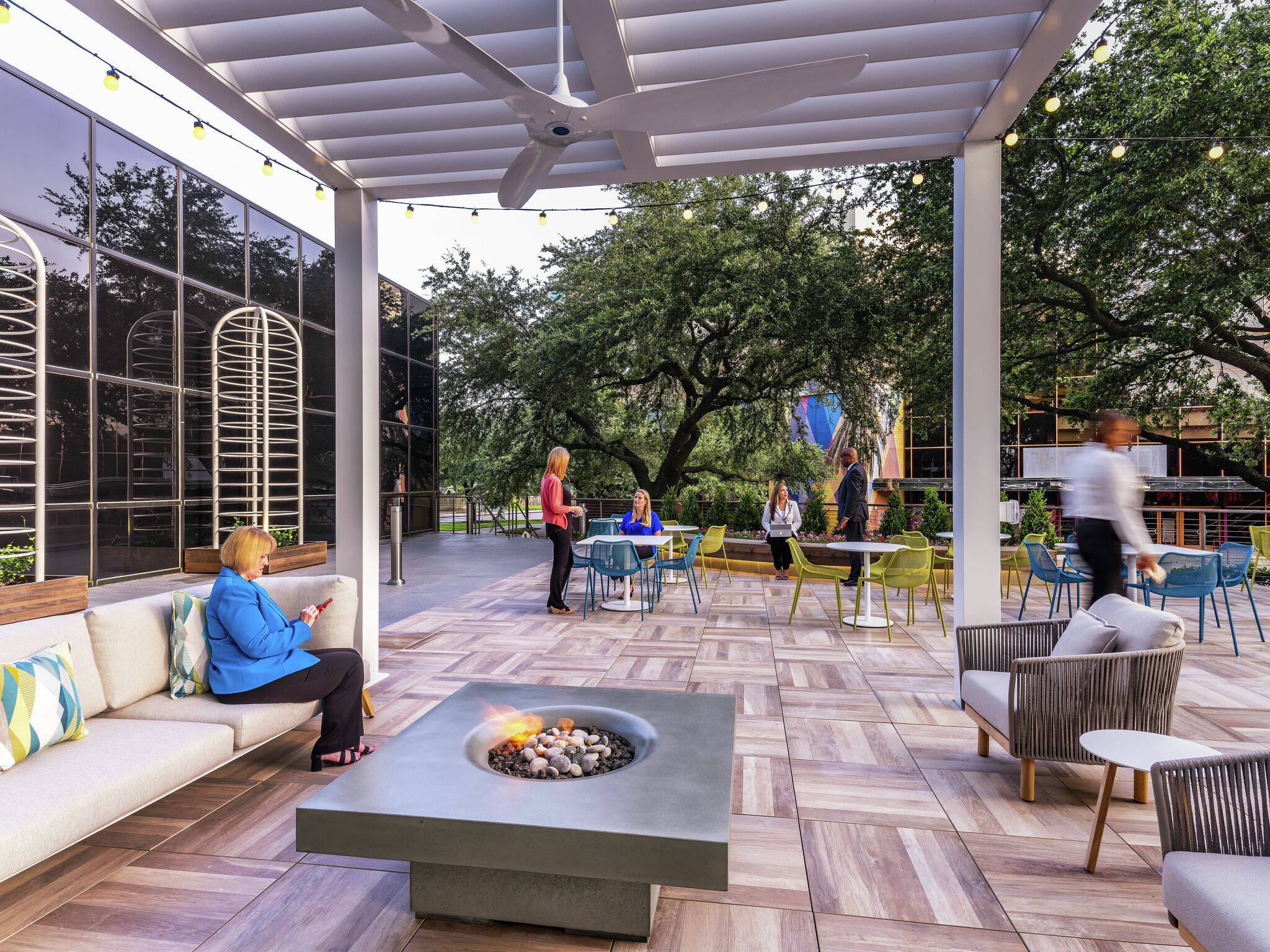 A Dallas-based coworking company is making another bet that demand will increase for coworking spaces in Houston after signing its fifth lease in the city.

“We chose Weslayan Tower because of its convenient location between River Oaks and West University, just off the highway. Half of our customers typically live close to the office and the other half are employees of large companies who commute from everywhere. Quick and easy desktop access is important to them,” WorkSuites CEO Flip Howard said in a statement.

WorkSuites, which also expanded outside of Texas for the first time earlier this year, is also considering potential new locations in Katy, Memorial City and Clear Lake in Houston, although no additional leases have been finalized.

The expansion is another vote of confidence for the Houston office market despite the region’s chronically high office vacancy rate and the uncertainty of post-pandemic return-to-office trends.

RELATED: Houston’s coworking supply is growing even though it has contracted elsewhere

With the future of office space changing, some commercial real estate experts expect demand for flexible office space to increase in the coming years as tenants rely on short-term arrangements to take support the hybrid work schedules of their employees.

More than half of 185 business executives surveyed by real estate firm CBRE this spring said they plan to use flexible office space in the future for a significant portion of office space needs. That’s up from just 35% who said the same a year earlier.

In Houston, businesses that revolve around flexible space will now have an increasing number of options. While flex space contracted in most other major metropolises last year, net supply of flex office space in Houston grew 5.3% as coworking spots added nearly 153,000 square feet of flexible space between Q4 2020 and Q3 2021, according to CBRE. This means that Houston was one of the few metropolises in the country to see gains in the amount of flex space added in 49 North American markets analyzed by CBRE during this period.

Common Desk’s rapid expansion in the market has driven much of this increased supply, as the Dallas-based company (now owned by WeWork) has added multiple locations in Houston over the past two years, including locations in Westchase, City Place, The Ion in Midtown, East Downtown, the Galleria, and POST Houston in Downtown.

Other recent coworking additions include a new, renovated location in Midtown for Sesh Coworking, a women-founded company, which announced in June that its membership had grown 60% over the past year. In August, Braun Enterprises also announced new coworking spaces in the works in The Heights and the Museum District.

Beyond coworking, more landlords are also lowering the barrier to entry for new tenants with flexible, short-term leases in move-in-ready spaces, such as Granite Properties’ ReadySuites+ offering in the Weslayan tower.

Granite Properties has also enhanced other offerings in the Weslayan Tower over the past two years. The 40-year-old building now has elevator cabs, hallways, updated lobbies, plus a conference center, fitness center, and The Yard, a large outdoor space serving as a socializing and meeting space.
WorkSuites coworking tenants can also use these amenities, said Scott Martin, executive general manager, Granite Properties. Martin added that having a coworking facility on-site will also allow his other office tenants in the building greater flexibility to expand into the 509,977 square foot building, which is now 91% leased.

The new WorkSuites location will include two large boardrooms, two meeting rooms, a podcast studio, a coffee lounge and a kitchen featuring several comfortable workspaces, several team suites for large groups and approximately 160 private offices at the 18th floor of the Weslayan Tower.

WorkSuites was represented in lease negotiations by John Pelletier and Austin Studebaker of Cresa. Granite was represented by Jon Dutton and Andrew Elliott of Granite Properties