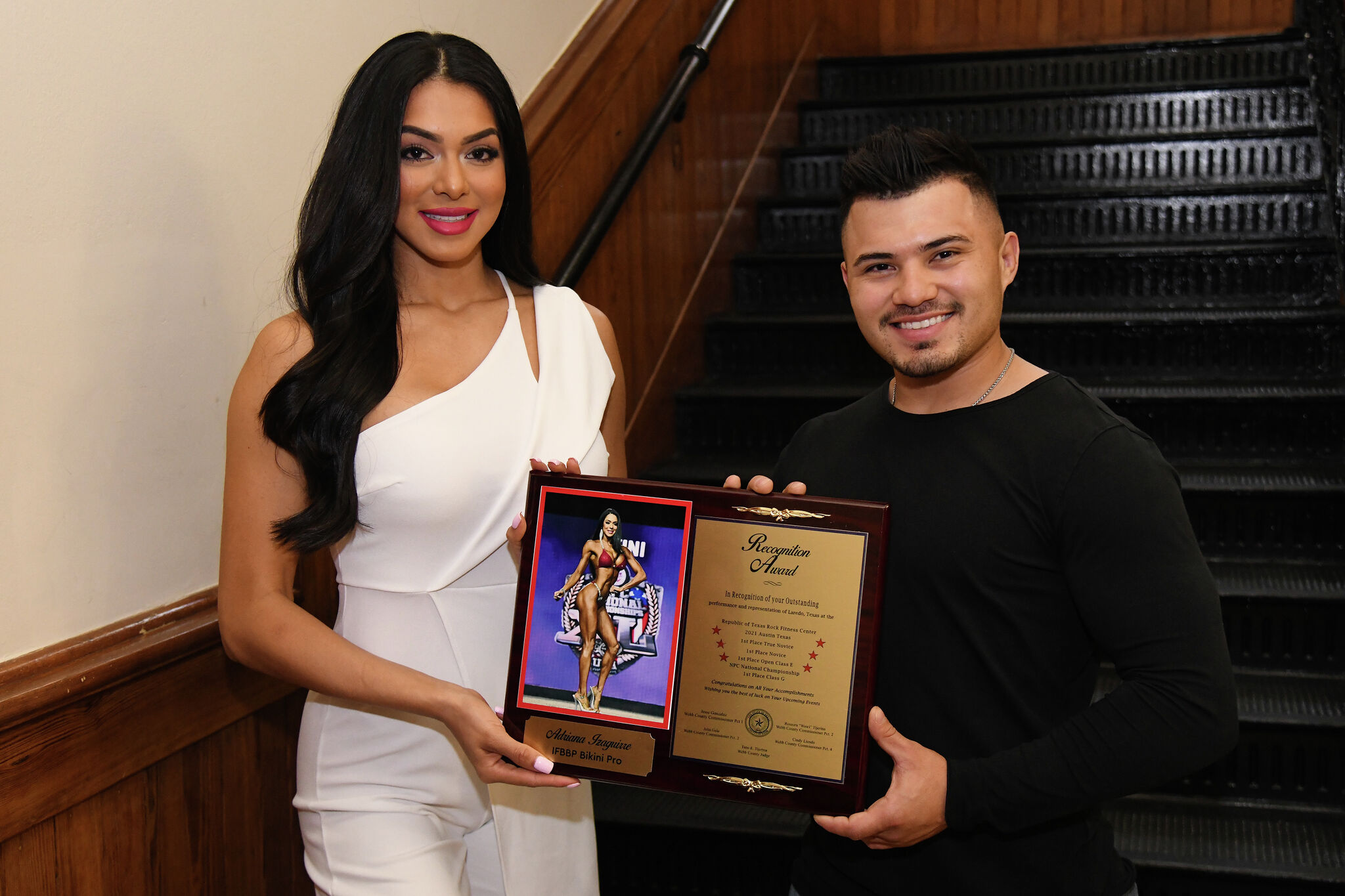 After placing first in three categories at the National Physique Committee National Championship in December 2021, International Federation of Bodybuilding and Fitness pro Adriana Izaguirre returned to her three children, family and trainees. . And earlier this week she was recognized by Webb County for her success in Orlando, Florida as she spoke about her role as a role model in the community.

The NPC states that it is the first amateur physique organization in the world and has been operating since 1982. They added that many bodybuilding, fitness, figure, bikini and physique athletes have started their career there.


Izaguirre said that during her competition, she competed against 30 women from around the world for the title.

“It was a personal goal. I wanted to get out of what I was going through and show my kids that anything is possible through discipline and determination,” she said. “Preparation is not easy. No one tells you, ‘Get up at 5 a.m., go do your cardio, go eat, don’t pick here, don’t do that’. It was pretty much for me and my family.

As a personal trainer at ROCK Fitness Center, she said she focuses solely on women and strives to motivate and educate her clients about having an active lifestyle and better habits. food. This includes having a good balanced diet and understanding that eating healthy does not always require a heavy financial investment.

She trains over 70 women through her work at ROCK and says it’s another way to help the community. And between taking care of his children, training his clients, cleaning and preparing, the commissioners said they were very impressed by his commitment.

Meanwhile, Izaguirre highlighted the hard work she has done over the past two years as she prepares for competitions amid the pandemic. She added that caring for her three children through it all proved that anything is possible with strong dedication and a good support system.

Izaguirre was born and raised in Laredo and competed in the Texas Republic competition in July. Her family was present at the recognition and said they were proud of her accomplishment after the ceremony. According to them, Izaguirre competed in Austin, Miami and Orlando before finally reaching No. 1 in the national rankings, in just six months.

With her efforts in the midst of the pandemic, Izaguirre said it was a difficult time in her life and she went through many changes that brought her to a dark place. However, through her determination and taking this adversity as fuel, she said she has turned her situation into a positive and will continue to push forward towards her goals.

“My next goal would be to represent Laredo in a professional show,” Izaguirre said. “There you are also competing with women from all over the world. You just have to stay motivated, stay focused on your goal, whatever it is. Just change that mindset and go.

After being asked what her end goal was for the future, she said she wanted to keep inspiring her kids and daughters to ROCK. By continuing the work and being a role model, she hopes to continue to motivate and inspire other women in the community.

This inspiration may be needed, especially at this time. In a recent study of the 182 most populous cities in the United States, Laredo was ranked #180 in a list of the healthiest cities. Rankings were determined based on health care, food, fitness and green spaces, additional and affordable education is needed for health issues within the community.

“Issues related to obesity encompass many factors such as diet, exercise, access to healthier foods, and education about healthier alternatives,” said Dr. Victor Trevino de la Laredo. Health Authority. “Obesity trends continue to grow due to socio-economic disparities, food insecurity, and differences in cultural beliefs and practices. Understanding our cultural community, a large majority of the population lacks fruit consumption and vegetables and access to nutritious food, and there is a lack of physical activity among children and adults in our community.

With health issues such as diabetes, hypertension, arthritis, fatty liver disease, and others, Laredo residents of different backgrounds and ages are at risk.